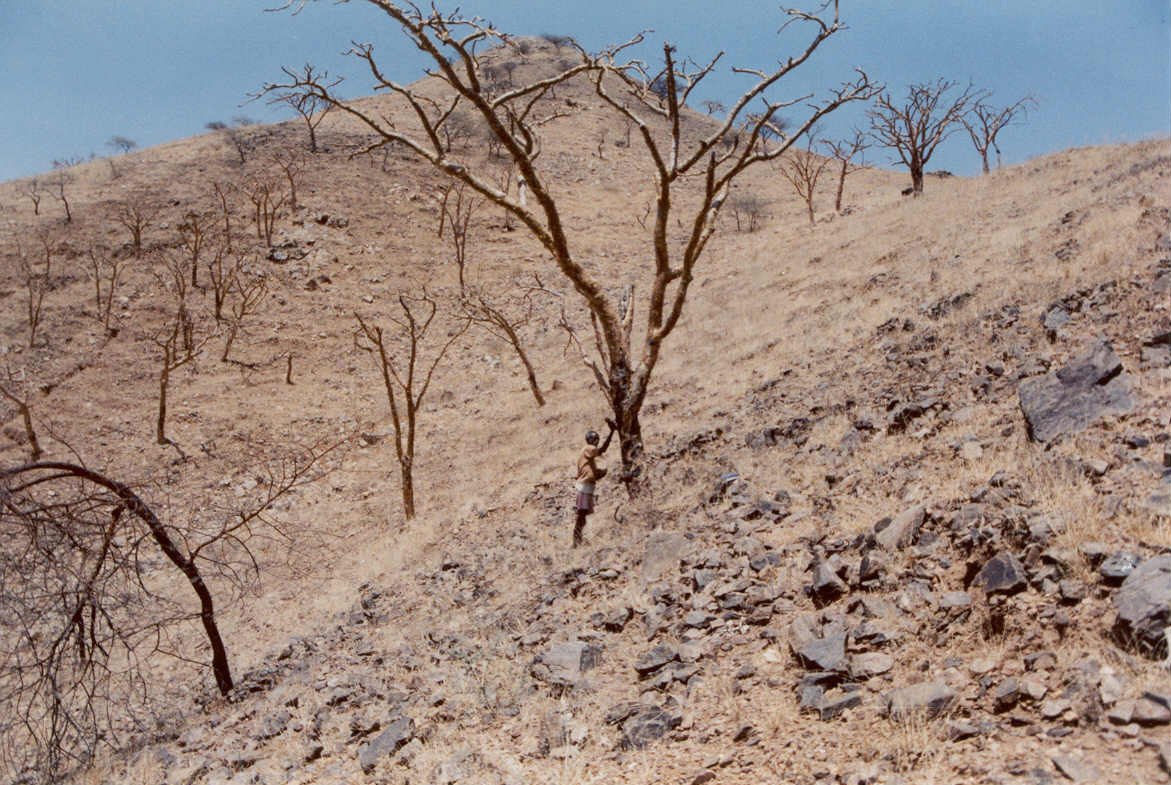 Frankincense is being traded for a few thousand years already and cherished by hundreds of millions worldwide. But its production is expected to half within 2 decades. This is the worrisome conclusion of a study by a group of Ethiopian and Dutch scientists that was published in Nature Sustainability today. The researchers reached these conclusions based on model predictions on population development of frankincense trees in the Horn of Africa. Browsing by cattle, goats and camels, burning and insect outbreaks, are likely causes for the population decline.

Frankincense is used in perfumes and incense. The iconic resin frankincense is sourced from trees and shrubs growing in dry woodlands mainly in the Horn of Africa, the Arabian peninsula and India. In classical times frankincense was transported in caravanserais through the Arabian and Northeast African desert, towards societies around the Mediterranean. Nowadays vast amounts are still being transported.

The current production of frankincense is under serious threat. The paper in Nature Sustainability shows that populations of Boswellia papyrifera trees, currently the main frankincense source, are declining fast. Only concerted action can prevent a collapse: improved forest restoration initiatives, protecting woodlands and young plants, planting trees and caring for them, adapting rules and regulations, and maybe above all, enforcing them.

In Ethiopia, Eritrea and Sudan, 23 sites with populations of the frankincense tree were measured and in some locations monitored for years. 18 of the 23 populations had hardly any recruits, suggesting a regeneration bottleneck. In four sites tree ages were determined based on tree-ring analyses, which allowed to estimate the age distribution of the whole population and for how long regeneration had not taken place. In two of the four populations this regeneration gap was half a century, in the other two populations it was a quarter. Most populations thus consisted of old trees and had little regeneration. With older trees dying fast and no young ones coming up, the frankincense woodlands will disappear.

Lead author prof. Frans Bongers, Wageningen University & Research: “With even the better protected woodlands not regenerating, the older trees in the population dying, and the remaining adults being too heavily tapped, the future of these woodlands and their frankincense production look grim”. The study combines field monitoring, dendrochronology, resin production, and demographic population models, to come to the conclusion that the resin is in peril. Dr Abeje Eshete from the Ethiopian Environment and Forest Research Institute calls for urgent action: “Yes, there are guidelines for tapping practices, but these need to be followed better. This requires better instructions and enforcement”. He adds: “Not only the woodland and tree management needs improvement. Also a better control and management of the whole chain is required, including more equitable sharing of profits”.

The authors show that the B. papyrifera situation is not looking well, but also indicate that the other frankincense species growing in Oman, Yemen, India, Somalia and Kenia, are undergoing similar threats. An international task force consisting of specialists, governments, traders and consumers should join hands to protect the species and promote sustainable management.