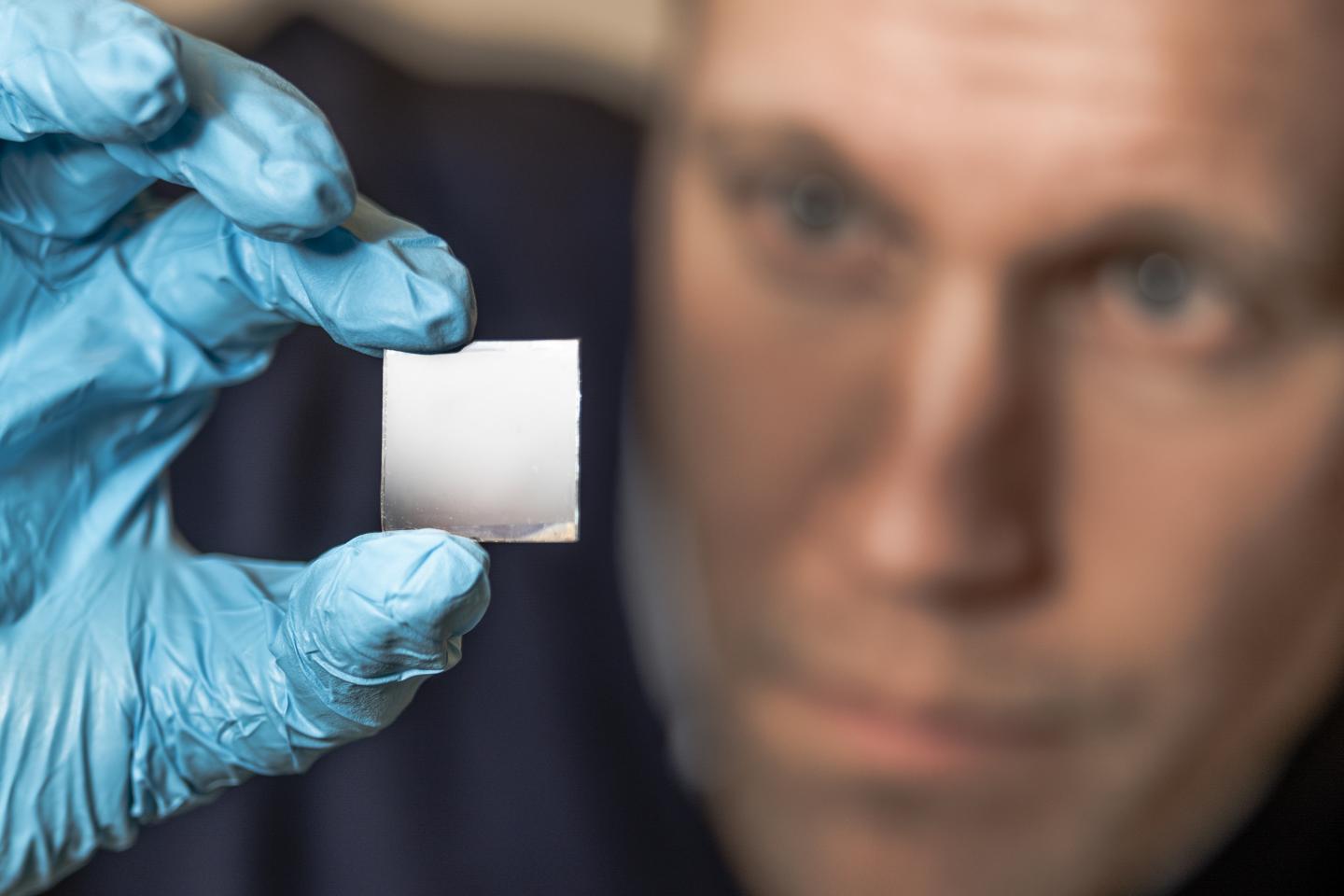 Researchers in the Organic Photonics and Nano-optics goup at the Laboratory of Organic Electronics have developed optical nanoantennas made from a conducting polymer. The antennas can be switched on and off, and will make possible a completely new type of controllable nano-optical components.

Plasmons arise when light interacts with metallic nanoparticles. The incident light sets off a collective oscillation, a unified forwards and backwards motion, of the electrons in the particles. It is this collective oscillation that is the plasmon. Metallic nanostructures and their ability to shape light on a scale of nanometres are studied by many research groups around the world for use in, for example, biosensors and energy conversion devices, and to reinforce other optical phenomena. Other potential fields of use include miniature medical equipment and windows that control the amount of light and heat admitted to or emitted from a building.

In an article in Nature Nanotechnology, scientists from Linköping University present optical nanoantennas, made from a conducting polymer instead of a traditional metal, such as gold or silver. In this case, they used a variant of PEDOT, which is a widely used polymer in many other areas, including thermoelectrics and bioelectronics.

“We show that light can be converted to plasmons in nanostructures of the organic material”, says Magnus Jonsson, leader of the Organic Photonics and Nano-optics group at the Laboratory of Organic Electronics.

It is, however, not electrons that create plasmons in the conducting polymer, but polarons. A polymer consists of a long chain of connected atoms and in the conducting polymer that the researchers have worked with, it is positive charges along the polymer chain that are responsible for the electrical conductivity. Together with associated chain distrorions these positive charges form polarons, which start collective oscillations when light is incident on the nanostructure.

“Our organic antennas can be transparent to visible light while reacting to light at somewhat longer wavelengths, making them interesting for applications such as smart windows”, says Magnus Jonsson.

The researchers initially carried out theoretical calculations and used simulations to design experiments, which they were subsequently able to carry out. Shangzhi Chen, doctoral student in the group, has managed to produce billions of tiny nanometre-sized disks of the organic conducting material on a surface. These small disks react to light and act as tiny antennas.

The researchers have shown that both the diameter and the thickness of the disks determine the frequency of light to which they react. It is thus possible to control this wavelength by changing the geometry of the disk. The thicker the disk, the higher the frequency. They are also hoping that they can increase the range of wavelengths to which the nanoantennas react by changing the polymer used.

Another innovation they have explored is the ability to switch the organic nanoantennas on and off, which is difficult with conventional metals. The material manufactured in the laboratory is initially in an oxidised state, and the nanoantennas are switched on.

“We have shown that when we reduce the material by exposing it to a vapour, we can switch off the conduction and in this way also the antennas. If we then reoxidise it using, for example, sulphuric acid, it regains its conductivity and the nanoantennas switch on again. This is a relatively slow process at the moment, but we have taken the first steps and shown that it is possible”, says Magnus Jonsson. “While this is basic research, our results make possible a new type of controllable nano-optical components that we believe can to be used for many applications.”