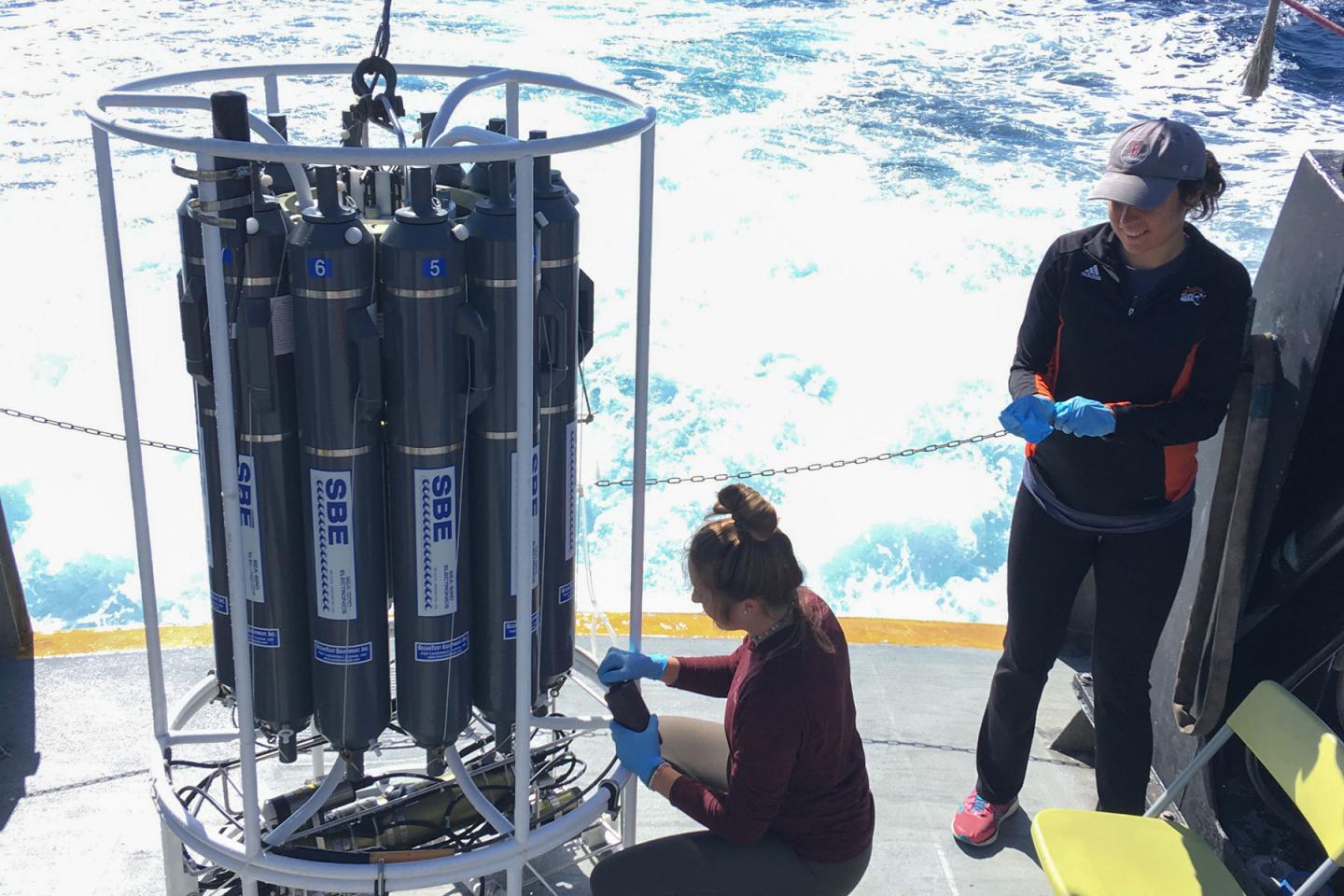 In the waves offshore of Southern California, germ warfare occurs in a struggle as old as life itself.

It’s where USC marine biologists completed a comprehensive new study that shows the tactics bacteria and viruses employ to gain advantages against each other. What they found is that an unlikely standoff occurs, regardless of time, season or location – proof of the evolutionary principle of the “Red Queen.”

“The Red Queen concept in biology means a species running fast in place just to keep even, and that’s what we found in these microbial communities,” said Jed Fuhrman, lead author of the study and marine biologist at the USC Dornsife College of Letters, Arts and Sciences. “This is one of the modern tenets of evolutionary biology, and our observations fit nicely within the framework.”

The research was published today in Nature Microbiology.

The battleground for this clash of microscopic organisms is a sliver of the Pacific Ocean between Los Angeles and Catalina Island. Those waters are immediately adjacent to some of the most popular beaches in the United States.

Oceans are full of viruses and bacteria; they are the oldest and most diverse creatures on Earth. Though small, if taken together in one lump they comprise 90% of the weight of all living creatures in the ocean. They perform essential functions in the ecosystem, recycle nutrients and influence the planet’s climate. They’ve been in the ocean since the beginning of life, and they mostly don’t bother swimmers and bathers. But they are not nice to each other.

Viruses are constantly trying to infect algae and bacteria. At first glance, the fight appears lopsided, because viruses vastly outnumber other marine organisms. A cup of ocean water can hold 1 billion virus particles. Yet, bacteria rely on countermeasures to protect themselves.

The USC scientists sought to explain why the struggle is a stalemate.

“It has been a puzzle how marine viruses, which are astoundingly abundant at about 10 million per milliliter of seawater, persist at such high abundances despite the ability of their hosts – mostly bacteria – to defend themselves,” Fuhrman said.

The researchers sampled surface seawater almost every month for five years between the summers of 2009 and 2014. They analyzed more than 1 billion genetic sequences to sort the different types of viruses. They compared those findings to weather and ocean conditions and to bacteria populations.

The dynamic occurring among microbes in the ocean “strongly resembles Red Queen dynamics, which are rapid changes of genotypes within a population from ecological and evolutionary mechanisms,” the study says.

The Red Queen hypothesis proposes that organisms must constantly adapt to spread or else die in a changing environment of competitors. The USC study is one of but a few to show this evolutionary dynamic anywhere in nature.