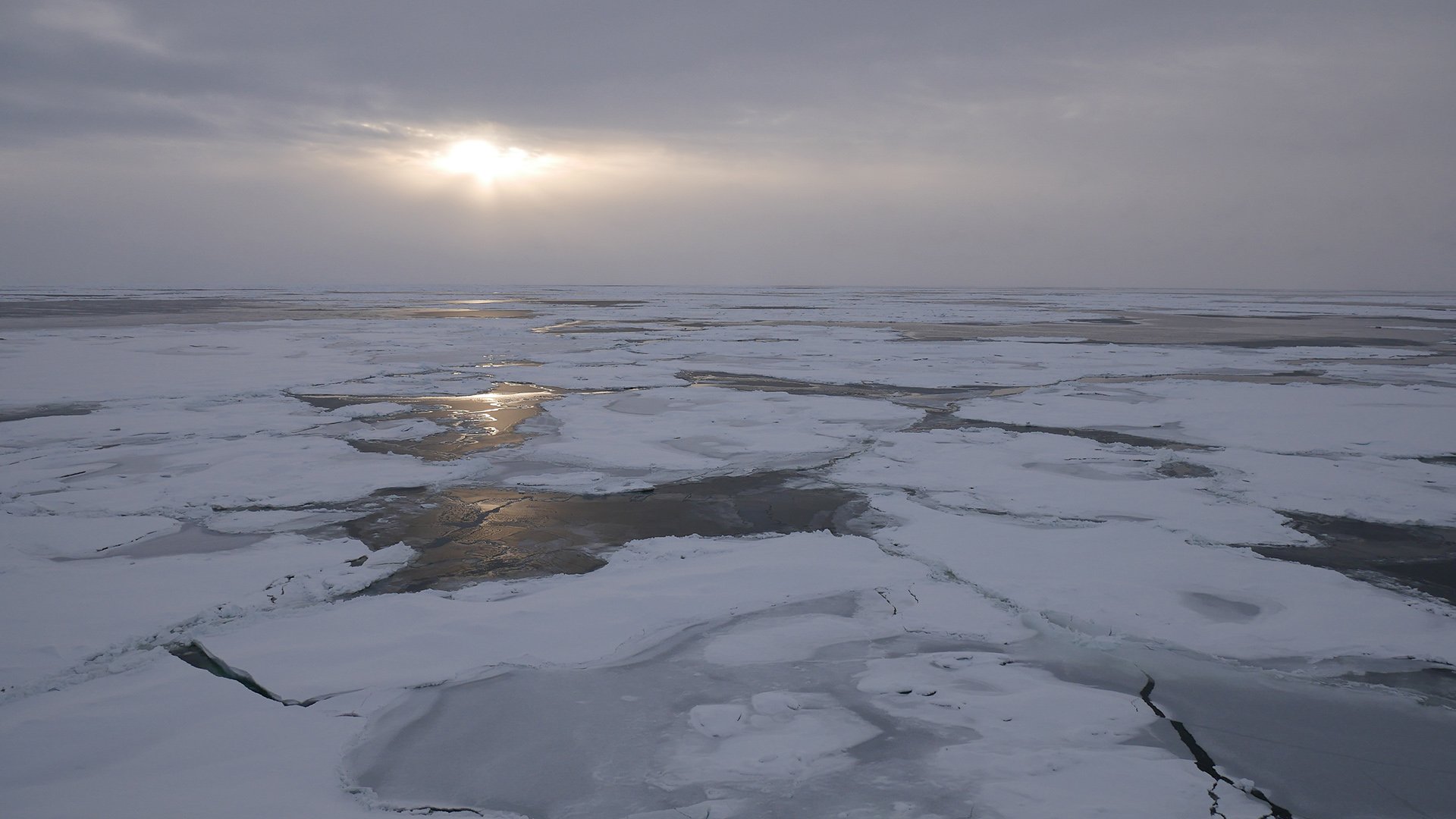 Using extensive computer simulations, the scientists Dr Dirk Olonscheck, Dr Thorsten Mauritsen and Dr Dirk Notz from the Max Planck Institute for Meteorology (MPI-M) in Hamburg and the University of Stockholm are now able to explain why the Arctic sea ice varies greatly from year to year. Their results were recently published in Nature Geoscience.

“We know that the Arctic sea ice is declining more and more because we humans are warming the Earth by emitting greenhouse gases. But it has so far been unclear why in addition to this long-term decline the Arctic sea ice fluctuates so strongly from one year to the next,” says first author Dirk Olonscheck.

Previous studies assumed that self-amplifying processes, such as the increased reflectivity of bright ice compared to dark ocean water (the so-called ice-albedo feedback), are primarily responsible for the strong variability of the sea ice.

In contrast to these assumptions, the new study shows that the ice-albedo-feedback and other amplifying processes are only of minor importance for the interannual sea-ice variability. “The main cause for the sea-ice variability are fluctuations in the amount of heat in the atmosphere transported into the Arctic, where it leads to sea ice melt. We have now been able to demonstrate that this link exists in all climate models and also in observational data,” states Dirk Olonscheck.

The results of the study imply on the one hand that the cause of interannual fluctuations in sea ice are easier to understand than previously thought, since complex atmospheric and oceanic processes within the Arctic are negligible. On the other hand, the results also imply that it will hardly be possible to reliably predict the extent of the Arctic sea ice from one year to the next. Dirk Olonscheck: “To do so, we would have to be able to predict the atmospheric heat transport into the Arctic, which depends on the highly chaotic weather.”