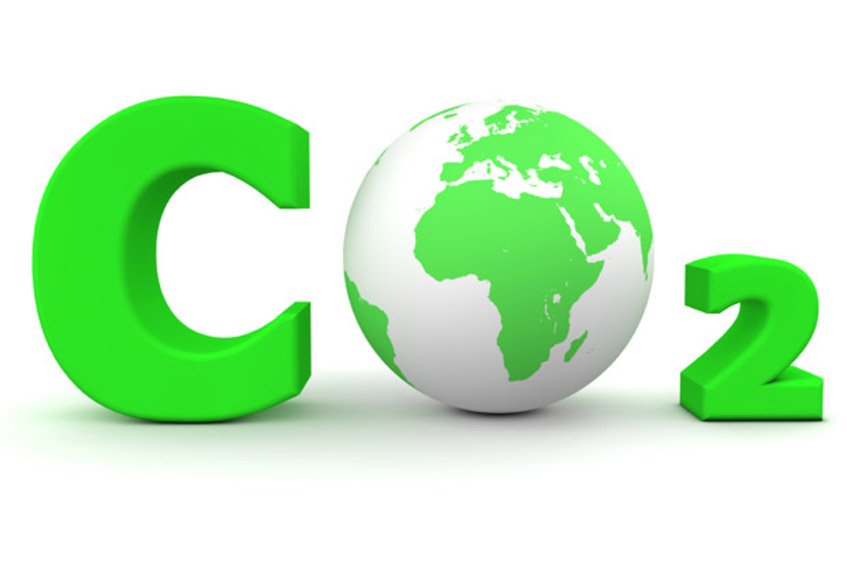 CO2 utilisation has the potential to operate at large scale and at low cost, meaning it could form part of a viable new global industry. If done correctly, using CO2 to create valuable products could help offset the cost of reducing emissions or removing carbon dioxide from the atmosphere, say a team led by researchers at the University of Oxford.

Nature has today published the most comprehensive study to date investigating the potential future scale and cost of ten different ways to utilise CO2, including fuels and chemicals, plastics, building materials, soil management and forestry.

The research found that on average each utilisation pathway could use around 0.5 gigatonnes (billion tonnes) of CO2 per year, and that a top-end scenario could see well over 10 gigatonnes of CO2 utilisation a year at theoretical costs of under $100 per tonne of CO2.  However, the potential scale and cost of utilisation pathways varied substantially across sectors, reflecting high levels of uncertainty about the future.

“The paper is cautiously optimistic,” said Dr Ella Adlen, researcher at the Oxford Martin School and one of the paper’s lead authors. “At the top end, our assessments show that significant volumes of CO2 could be utilised, and at low cost.  Done correctly, different CO2 utilisation pathways could help store CO2, or help displace fossil fuel emissions, on the gigatonne scale.  But, without significant investment in both research and industry, these pathways will not scale in the time that we have left to fix the climate. And just as importantly, the impacts these pathways will actually have on the climate can be very difficult to work out.”

According to the Intergovernmental Panel on Climate Change, keeping global warming to 1.5 degrees with little or no overshoot will require the removal of CO2 from the atmosphere on the order of 100–1000 gigatonnes of CO2 over the 21st century. Currently, fossil CO2 emissions continue to grow by over 1% annually and reached a record high of 37 gigatonnes of CO2 in 2018.

“Greenhouse gas removal (GGR) is essential to achieve net zero carbon emissions and stabilise the climate. We haven’t reduced our emissions fast enough, so now we also need to start pulling CO2 out of the atmosphere” explained Professor Cameron Hepburn, Director of the Oxford Smith School of Enterprise and Environment. “Governments and corporations are moving on this, but not quickly enough.  The promise of CO2 utilisation is that it could act as an incentive for CO2 removal and could reduce emissions by displacing fossil fuels.”

Critical to the success of these new technologies as mitigation strategies will be a careful analysis of their overall impact on climate.

“If CO2 utilisation is to contribute meaningfully to climate change mitigation, the first and foremost priority is to decarbonise the energy system within which these industries will be located,” said Dr Niall Mac Dowell, Reader in Energy Systems at Imperial College London, “and to avoid adding to the atmospheric stock of carbon, these pathways should use atmospheric CO2 as their feedstock.”

“Done well, some of these pathways could represent one-time windows of opportunity,” added Dr Adlen. “For instance, we are currently living through a wave of global urbanisation: that’s a chance to lock away CO2 for the long term through the use of building products made out of either CO2-cement or wood.  Other types of CO2 utilisation like enhanced oil recovery, when you use CO2 to increase oil production and then store the CO2, only make sense to use right now, early in the global decarbonisation process. But these pathways need the right regulatory support – and sometimes significant cost reductions too.”

Some CO2 utilisation technologies are likely to see early adoption simply because of their attractive business models:  in certain kinds of plastic production, using CO2 as a feedstock is a more profitable and environmentally cleaner production process compared with using conventional hydrocarbons – and can displace up to three times as much CO2 as it uses.

Biological utilisation may also present an opportunity to reap co-benefits.

“Some of the most cost-effective ways to utilise CO2 come from land-based pathways like soil management, that lead to yield increases for farmers,” noted Professor Pete Smith, Professor of Soils and Global Change at the University of Aberdeen.

In other areas, utilisation could provide a “better choice” alternative during the global decarbonisation process. One such pathway is the use of CO2-derived fuels, which could potentially find a role in sectors that are harder to decarbonize such as aviation.

“Recycling of carbon dioxide back into fuels via chemistry and renewable energy, rather than continuing to produce jet fuels from petroleum, could create a virtuous cycle with no new CO2 emissions, if we can find the right catalysts,” remarked Emily Carter, Executive Vice Chancellor and Provost, and Distinguished Professor of Chemical and Biomolecular Engineering at UCLA and Gerhard R. Andlinger Professor in Energy and Environment Emeritus at Princeton University.

The authors stressed that there was no “magic bullet” approach or perfect pathway.

“Each faces their own unique challenges and not all methods will be effective.  That means that we need sensible and joined-up approaches to investment in carbon capture, utilisation and storage,’ explained Prof Hepburn.  ‘Policy makers need to think like investors and fund a portfolio of options.  That also means taking a hard look not only at regulatory barriers and incentives, but also into R&D investment for enabling technologies like green hydrogen.”

Professor Sir John Beddington, former Government Chief Scientific Adviser, who conceived of the study, concluded, “The most important message is that CO2 utilisation is not an end to itself, and the risk of getting it wrong is quite high.  But if you do it right, with good governance and collaboration across research, policy and industry, you are tackling one of the key barriers to change, which is the cost of action.”