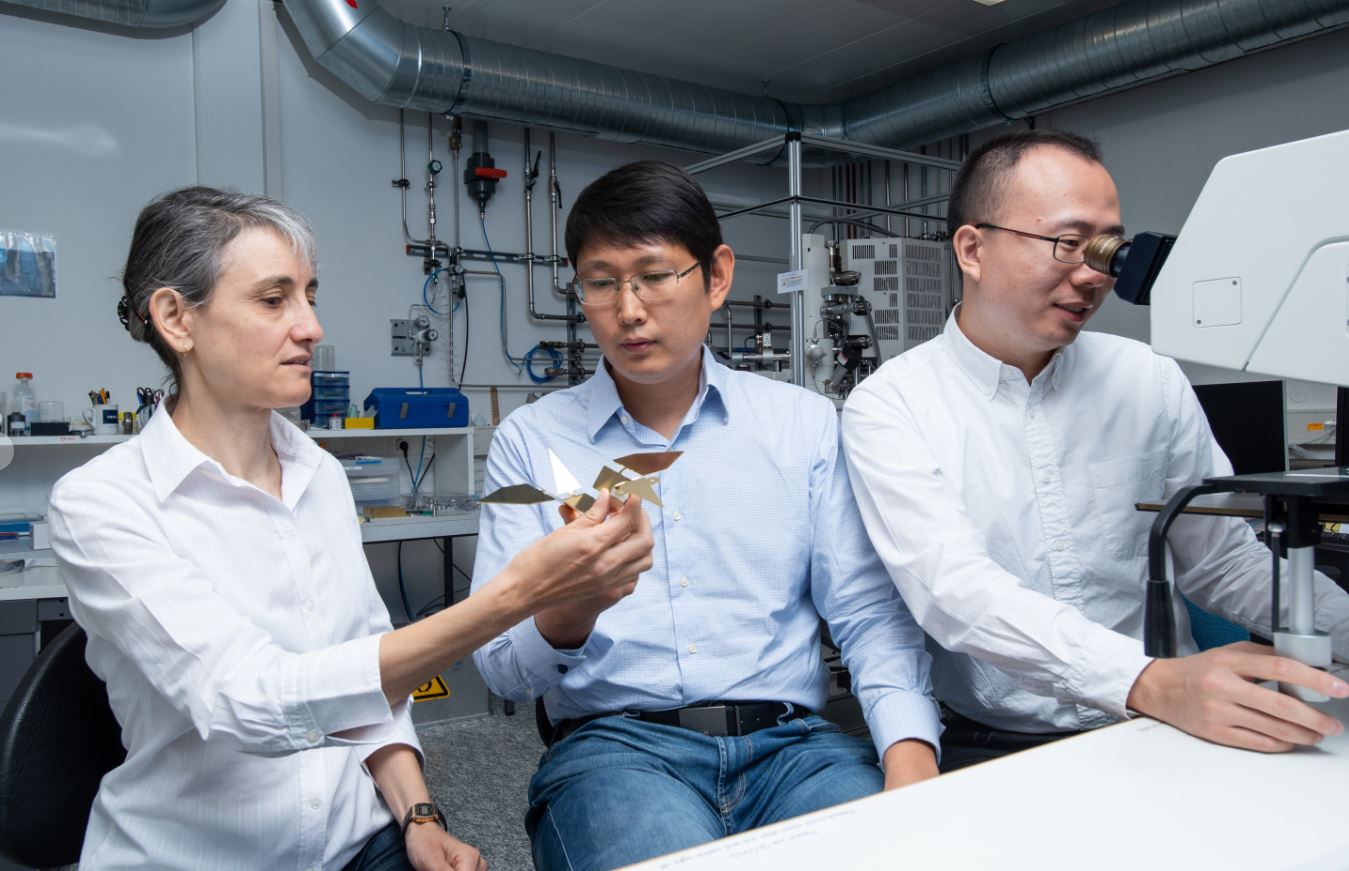 Researchers at the Paul Scherrer Institute PSI and ETH Zurich have developed a micromachine that can perform different actions. First nanomagnets in the components of the microrobots are magnetically programmed and then the various movements are controlled by magnetic fields. Such machines, which are only a few tens of micrometres across, could be used, for example, in the human body to perform small operations. The researchers have now published their results in the scientific journal Nature.

The robot, which measures only a few micrometres across, is reminiscent of a paper bird made with origami – the Japanese art of paper folding. But, unlike a paper structure, the robot moves as if by magic without a visible force. It flaps its wings or bends its neck and retracts its head. These actions are all made possible by magnetism.

Researchers at the Paul Scherrer Institute (PSI) and ETH Zurich have assembled the micromachine from materials that contain small nanomagnets. These nanomagnets can be programmed to assume a particular magnetic orientation. When the programmed nanomagnets are then exposed to a magnetic field, specific forces act on them. If these magnets are located in flexible components, the forces acting on them cause the components to move.

The nanomagnets can e programmed again and again. This reprogramming results in different forces, and new movements result.

For the construction of the microrobot, the researchers fabricated arrays of cobalt magnets on thin sheets of silicon nitride. The bird constructed from this material could then perform various movements, such as flapping, hovering, turning or side-slipping.

“The movements performed by the microrobot take place within milliseconds”, says Laura Heyderman, head of the Laboratory for Multiscale Materials Experiments at PSI and professor for Mesoscopic Systems at the Department of Materials, ETH Zurich. “But programming of the nanomagnets only takes a few nanoseconds. This makes it possible to program the different movements one after the other. This means that the tiny microbird can first flap its wings, then slip to the side and afterwards flap again. “If needed, the bird could also hover in between”, says Heyderman.

This novel concept is an important step towards micro- and nanorobots that not only store information to give a particular action, but also can be reprogrammed to carry out different tasks.

“It is conceivable that, in the future, an autonomous micromachine will navigate through human blood vessels and perform biomedical tasks such as killing cancer cells”, explains Bradley Nelson, head of Department of Mechanical and Process Engineering at ETH Zurich. “Other application areas are also conceivable, for example flexible microelectronics or microlenses that change their optical properties”, says Tianyun Huang, a researcher at the Institute of Robotics and Intelligent Systems at ETH Zurich.

In addition, applications are possible in which the characteristics of surfaces change.

“For example, they could be used to create surfaces that can either be wetted by water or repel water”, says Jizhai Cui, an engineer and researcher in the Mesoscopic Systems Lab.