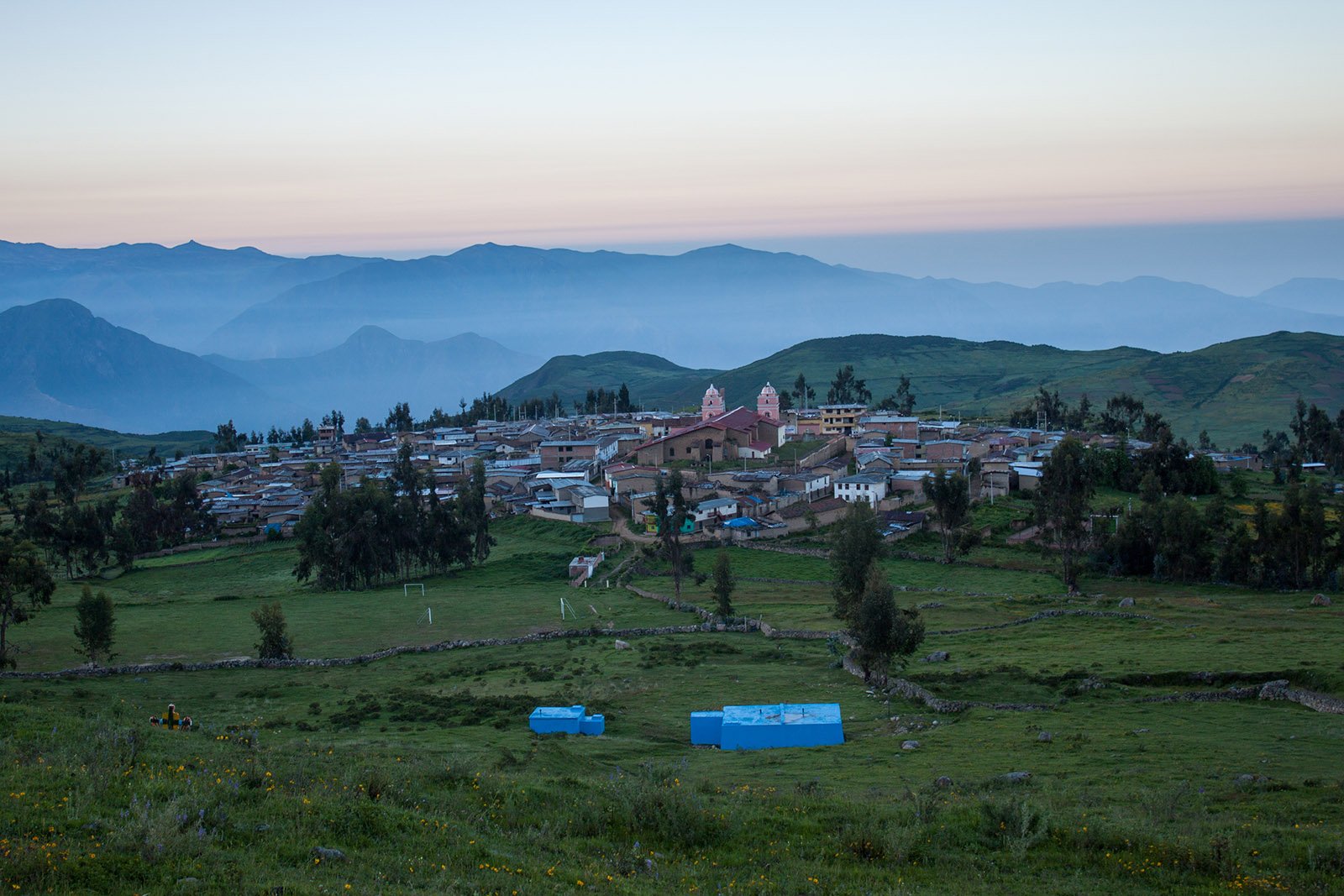 Nestled between the Pacific Ocean and the Andes mountains, Peru’s coastal region relies on surface water from the Andes for drinking water, industry, and animal and crop farming.

The region, which includes Peru’s capital city Lima, is often overwhelmed with rain in the wet season – but by the time the dry season comes, water is scarce.

These factors, together with Lima’s rapidly growing population, mean the city struggles to supply water to its 12 million residents during the dry months of May to October.

Now, Imperial researchers and their colleagues at the Regional Initiative for Hydrological Monitoring of Andean Ecosystems in South America, have outlined how reviving ancient water systems could help save wet season water for the dry season, where it is desperately needed.

To do so, they studied a water system in Huamantanga, Peru – one of the last of its kind.

Coastal Peru’s continuously stressed systems struggle to cope with increasing demand and are fragile – a landslide, for example, could easily cut off Lima’s water supply.

Senior author Dr Wouter Buytaert, of Imperial’s Department of Civil and Environmental Engineering, said: “The people of Lima live with one of the world’s most unstable water situations. There’s too much water in the wet seasons, and too little in the dry ones.

“The indigenous peoples of Peru knew how to get around this, so we’re looking to them for answers.

Ancient Peruvian civilisations in 600 AD created systems within mountains to divert excess rainwater from source streams onto mountain slopes and through rocks.

The water would take some months to trickle through the system and resurface downstream – just in time for the dry season.

To study this, the researchers looked at one such system in Huamantanga. They used dye tracers and hydrological monitoring to study the system from the wet to dry seasons of 2014-2015 and 2015-2016. Social scientists involved also worked with Huamantanga’s local people to understand the practice and help map the landscape.

They found the water took between two weeks and eight months to re-emerge, with an average time of 45 days. From these time scales, they calculated that, if governments upscale the systems to cater to today’s population size, they could reroute and delay 35 per cent of wet season water, equivalent to 99 million cubic metres per year of water through Lima’s natural terrain.

This could increase the water available in the dry season by up to 33 per cent in the early months, and an average of 7.5 per cent for the remaining months. The method could essentially extend the wet season, providing more drinking water and longer crop-growing periods for local farmers.

The study, published in Nature Sustainability, is the first to examine the pre-Inca system in this much detail to find answers to modern problems. The authors say their research shows how indigenous systems could complement modern engineering solutions for water security in coastal Peru.

Lead author Dr Boris Ochoa-Tocachi, also from Imperial’s Department of Civil and Environmental Engineering, said: “With the advent of modern science, you’d be forgiven for wondering how ancient methods could apply to modern day problems. However, it turns out that we have lots to learn from our ancestors’ creative problem-solving skills.

Dr Buytaert said: “Like many tropical cities, Lima’s population is growing fast – too fast for water reserves to keep up during dry seasons.

The seasonal variability typical of coastal Peru is worsened by human impacts – particularly by melting glaciers caused by global warming. Humans also contribute to soil erosion, which renders soil too weak to support dams big enough to hold all the water.

In addition, the uncertainty of our climate’s future makes it difficult to design and build systems that are intended to last for decades into the future.

The authors say combining pre-Inca systems with classic structures, such as smaller dams, could spread the workload across methods and increase adaptability in an unpredictable climate.

Dr Buytaert explained: “Because we can’t rely fully on one method, we must be open-minded and creative – but our study shows we have lots to learn from the way Peru’s indigenous population intelligently managed their landscape 1,400 years ago.”

The researchers looked only at one system, so the results of similar work will likely differ throughout Peru’s coastal areas. However, they say their work presents a strong argument for using nature-based solutions to improve water security, which currently tops water agendas both locally and globally.

They continue to study the area to learn more about how indigenous knowledge, practices, and systems can help supply water to large urban populations in water-unstable, dry environments. In doing so, they hope to improve coastal Peru’s water security and resilience to a changing and unpredictable climate.

Dr Ochoa-Tocachi concluded: “This is a fascinating example of ingenuity within local communities and shows the enormous potential of indigenous knowledge to complement modern science.

“Beyond this fascinating example of ingenious problem-solving, our research shows the enormous potential for indigenous knowledge and rural science to complement modern science”.