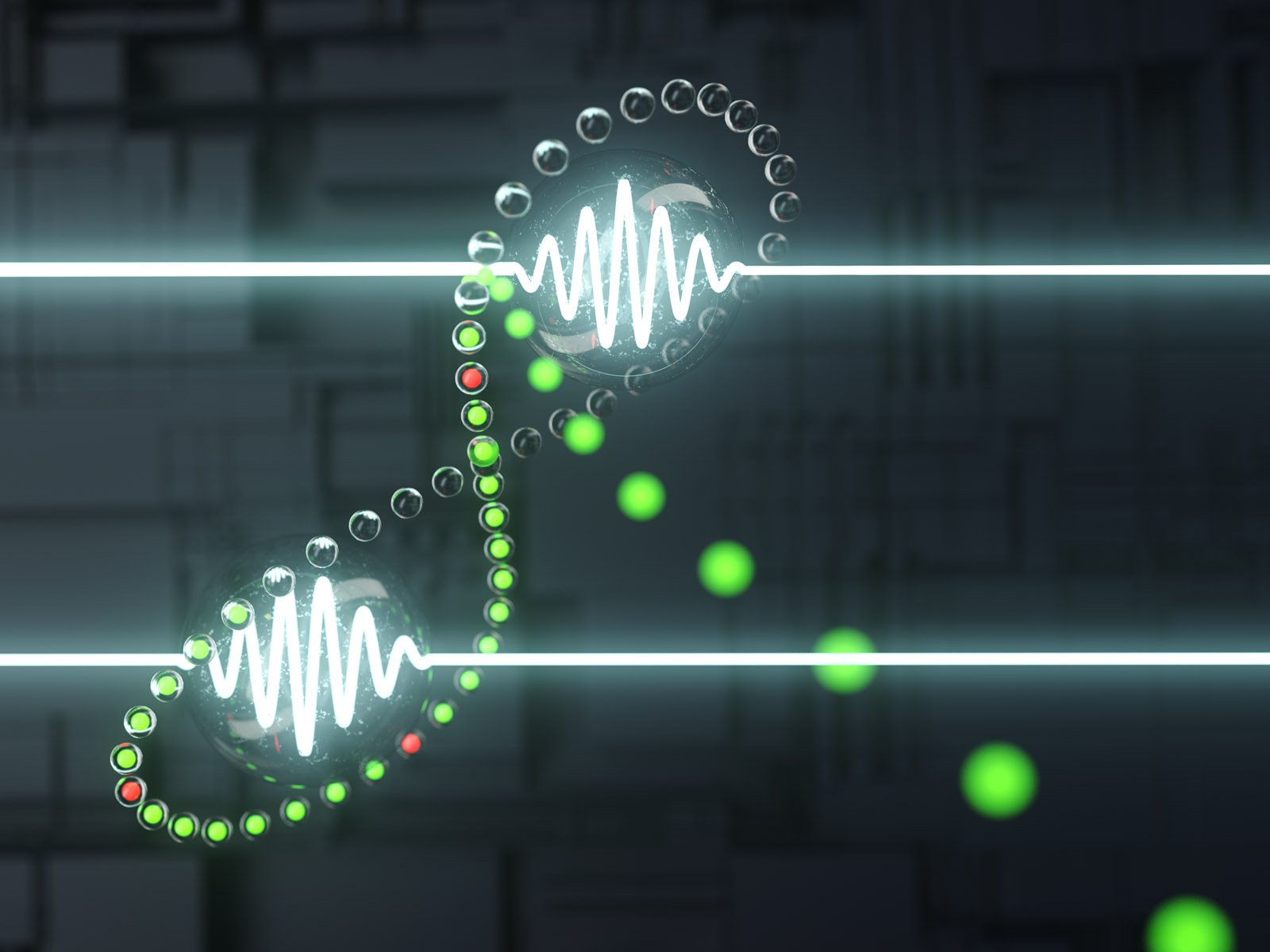 A team of physicists from the University of Vienna and the University of Belgrade introduces a novel technique to detect entanglement even in large-scale quantum systems with unprecedented efficiency. This brings scientists one step closer to the implementation of reliable quantum computation. The new results are of direct relevance for future generations of quantum devices and are published in the current issue of the journal “Nature Physics”.

Quantum computation has been drawing the attention of many scientists because of its potential to outperform the capabilities of standard computers for certain tasks. For the realization of a quantum computer, one of the most essential features is quantum entanglement. This describes an effect in which several quantum particles are interconnected in a complex way. If one of the entangled particles is influenced by an external measurement, the state of the other entangled particle changes as well, no matter how far apart they may be from one another. Many scientists are developing new techniques to verify the presence of this essential quantum feature in quantum systems. Efficient methods have been tested for systems containing only a few qubits, the basic units of quantum information. However, the physical implementation of a quantum computer would involve much larger quantum systems. Yet, with conventional methods, verifying entanglement in large systems becomes challenging and time-consuming, since many repeated experimental runs are required.

Building on a recent theoretical scheme, a team of experimental and theoretical physicists from the University of Vienna led by Prof. Philip Walther and Prof. Borivoje Dakić successfully demonstrated that entanglement verification can be undertaken in a surprisingly efficient way and in a very short time, thus making this task applicable also to large-scale quantum systems. To test their new method, they experimentally produced a quantum system composed of six entangled photons. The results show that only a few experimental runs suffice to confirm the presence of entanglement with extremely high confidence, up to 99.99%.

The verified method can be understood in a rather simple way. After a quantum system has been generated in the laboratory, the scientists carefully choose specific quantum measurements which are then applied to the system. The results of these measurements lead to either confirming or denying the presence of entanglement. “It is somehow similar to asking certain yes-no questions to the quantum system and noting down the given answers. The more positive answers are given, the higher the probability that the system exhibits entanglement“, says Valeria Saggio, first author of the publication in Nature Physics. Surprisingly, the amount of needed questions and answers is extremely low. The new technique proves to be orders of magnitude more efficient compared to conventional methods.

Moreover, in certain cases the number of questions needed is even independent of the size of the system, thus confirming the power of the new method for future quantum experiments.

While the physical implementation of a quantum computer is still facing various challenges, new advances like efficient entanglement verification could move the field a step forward, thus contributing to the progress of quantum technologies.