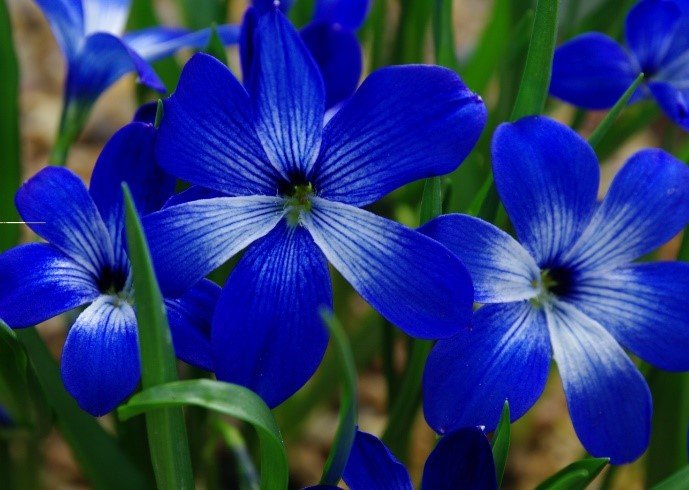 For the first time ever, scientists at the Royal Botanic Gardens, Kew and Stockholm University, have compiled a global analysis of all plant extinction records documented from across the world. This unique dataset published today in leading journal Nature, Ecology & Evolution, brings together data from fieldwork, literature and herbarium specimens, to show how many plant species have gone extinct in the last 250 years, what they are, where they have disappeared from, and what lessons we can learn to stop future extinction.

The study found that 571 plant species have disappeared in the last two and a half centuries. This figure was calculated after one of the authors of the study, Kew scientist Rafaël Govaerts, reviewed all publications on plant extinctions over more than three decades and found the number to be four times more than the current listing of extinct plants. This new number is also more than twice the number of birds, mammals and amphibians recorded as extinct (a combined total of 217 species).

Dr Aelys M Humphreys, Author and Assistant Professor at the Department of Ecology, Environment and Plant Sciences at Stockholm University says: “Most people can name a mammal or bird that has become extinct in recent centuries, but few can name an extinct plant. This study is the first time we have an overview of what plants have already become extinct, where they have disappeared from and how quickly this is happening. We hear a lot about the number of species facing extinction, but these figures are for plants that we’ve already lost, so provide an unprecedented window into plant extinction in modern times.”

Reviewing these data, the scientists found that plant extinction is occurring much faster than ‘natural’ background rates of extinction (the normal rate of loss in earth’s history before human intervention), as much as 500 times faster. Animals are also disappearing much faster than background rates, at least 1000 times faster. The authors of the study believe these numbers underestimate the true levels of ongoing plant extinction.

The scientists found the highest rates of plant extinction to be on islands, in the tropics and in areas with a Mediterranean climate – typical biodiverse regions which are home to many unique species vulnerable to human activities. Authors Humphreys, Govaerts, Ficinski, Nic Lughadha and Vorontsova also found that plant species that are woody (such as trees and shrubs) and with a small geographical range (such as those confined to small islands) are more likely to be reported as extinct. These results suggest that the increase in plant extinction rate could be due to the same factors that are documented as threats to many surviving plants: fragmentation and destruction of native vegetation resulting in the reduction or loss of habitat of many range-restricted species.

Why we should care that almost 600 species are extinct: Lessons we can learn from plant extinction

The information gathered from this analysis will be fundamental to help predict and prevent future extinction. Locality is more important for predicting future extinctions than identity – whether a plant occurs on an island or not is more helpful to predict extinction than whether the plant is a rose, orchid or palm. As change of land-use tends to wipe out most, if not all, the original plant inhabitants, irrespective of their characteristics, locality remains key to assessing future lives of plants and how we can protect them. This confirms the notion that ‘biodiversity hotspots’ – areas with exceptional numbers of endemic plants which are undergoing extensive habitat change – are key to understanding global patterns of recent and future extinctions.

Dr Eimear Nic Lughadha, Co-author and Conservation Scientist at Royal Botanic Gardens, Kew says: “Plants underpin all life on earth, they provide the oxygen we breathe and the food we eat, as well as making up the backbone of the world’s ecosystems – so plant extinction is bad news for all species. This new understanding of plant extinction will help us predict (and try to prevent) future extinctions of plants, as well as other organisms. Millions of other species depend on plants for their survival, humans included, so knowing which plants we are losing and from where, will feed back into conservation programmes targeting other organisms as well.”

Researchers at Kew and Stockholm University hope these data will be used to focus conservation efforts on islands and in the tropics, where plant loss is common, and in areas where less is known about plant extinction such as Africa and South America.
Dr Maria S Vorontsova, Co-author and Plant Taxonomist at Royal Botanic Gardens, Kew says: “To stop plant extinction, we need to record all the plants across the world – the naming of new species is a critical piece of the puzzle in the wider push to prioritise conservation of our precious natural world for generations to come. To do this we need to support herbaria and the production of plant identification guides, we need to teach our children to see and recognise their local plants and most importantly we need botanists for years to come.”

The plants lost to extinction

Many have heard of the famous examples of animal species that have become extinct in the last 250 years – the dodo, found on Mauritius until the 17th century, and the Yangtze River Dolphin, declared extinct as recently as 2006. Plants have also become extinct in the last two and a half centuries as this new study states but, because data are scarce and not comprehensively analysed before, few people are aware of the extent of the problem. Here are some examples of the plants that have disappeared from the wild:

The Chile sandalwood, Santalum fernandezianum, was a tree that grew on the Juan Fernández Islands which lie between Chile and Easter island. From around 1624, the tree began to be heavily exploited for the aromatic sandalwood, and by the end of the 19th century most of the trees had been cut down.

The last tree was photographed on August 28, 1908 on Robinson Crusoe island by Carl Skottsberg. The tree has not been seen since on that island. Over the years there have been reports that the species was also to be found on Alejandro Selkirk island, though this has never been confirmed, and repeated searches have not found the species on that island either.

The banded trinity, Thismia americana, is possibly one of the most extraordinary plants ever to be discovered. It has no leaves and only the flowers are visible above ground. It was discovered in 1912 along Torrence Avenue in South Chicago. The site was, however, destroyed just five years later and this extraordinary plant was never seen again. Regular searches in remaining pockets of similar habitat in Chicago have been undertaken without success.

The plant belongs to a group (the genus Thismia) of 65 species which are nearly all from rainforests. A few species, including its closest relatives, extend into New Zealand. How a plant from New Zealand ended up in South Chicago will forever remain a mystery.

Gone but not forgotten… 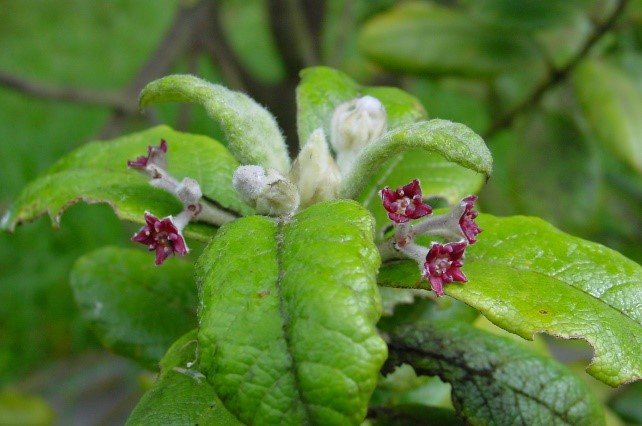 The St Helena olive, Nesiota elliptica, was a tree first discovered in 1805 on the island of St Helena in the South Atlantic Ocean. Despite most of the original vegetation of the island having been destroyed, one lone elderly tree survived until 1994, from which Kew and local conservationists were able to collect cuttings from before it died.

Many attempts were made to propagate the tree and two trees propagated from this original tree survived on the island until they succumbed to a devastating termite attack and fungal infections in 2003. No living material could be salvaged, but a sample of its genetic material (DNA) was collected for storage in Kew’s DNA bank. Fortunately, this precious resource is still available for research.

Nesiota elliptica is the only species in the genus Nesiota, so that genus also disappeared with the extinction of the species in 2003.

A positive from the paper’s analysis, was the evidence that 430 species once considered extinct have gone on to be rediscovered. Rediscovery of a species thought to be extinct often means finding a few surviving individuals only, and 90% of rediscovered plants still have a high extinction risk. Documenting rediscovery is important as it improves the accuracy of extinction records and allows for potential remedial conservation work too. Unfortunately, however, it does not usually mean that a species is ’alive and well‘, as the example of the Chilean crocus shows.

Popular Chilean bulb rediscovered in 2001 after years of searching…

The Chilean crocus, Tecophilaea cyanocrocus, is native in the hills above Santiago, the capital of Chile. It was a popular bulb with many colour variants grown by Victorian gardeners. To satisfy demand, large numbers of bulbs were dug up and imported from Chile as the species was difficult to grow and slow to propagate.

The species seemed to have vanished by the 1950s due to the over-collecting and grazing by livestock. After repeated searches, one small population was rediscovered in 2001 on private land south of Santiago. This species continues to be cultivated in Britain and its surviving native population is now being protected from livestock. It is categorised as ‘critically endangered’ on the International Union for Conservation of Nature (IUCN) Red List.