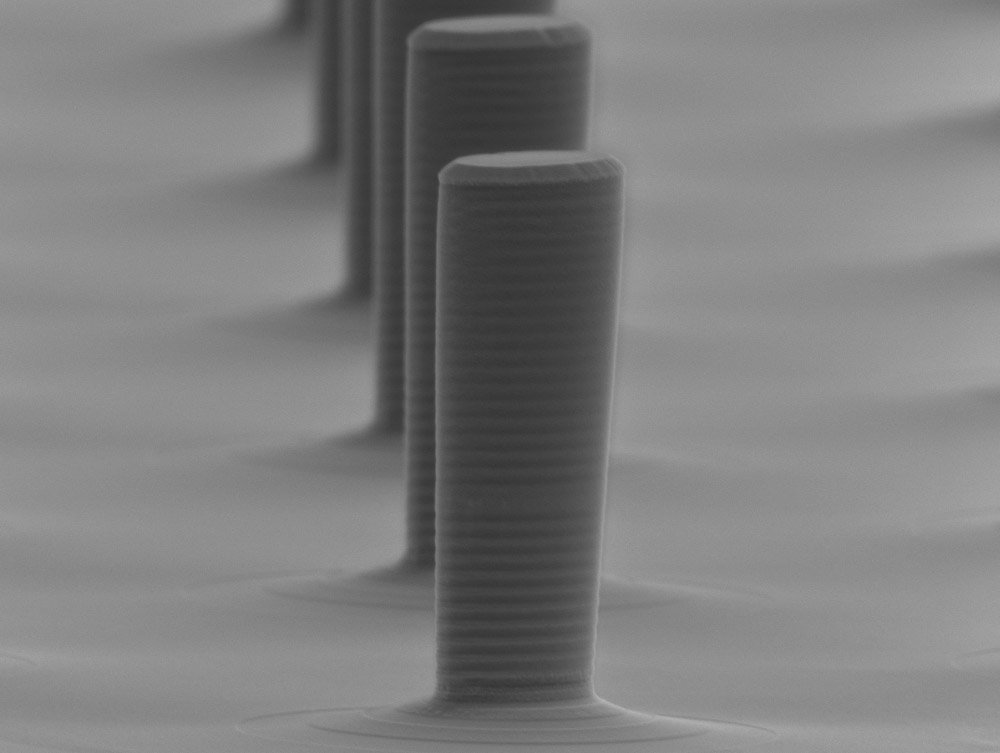 An international multi-institute collaboration, led by Professor Chao-Yang Lu and Jian-Wei Pan from the University of Science and Technology of China, has demonstrated a semiconductor-based source of single photons that for the first simultaneously fulfills all the demanding requirements of quantum computing. This is a fundamental key step for optical quantum computing, which promises a huge increase of computational power compared to our conventional computers.

A central theme of ongoing experimental endeavor for the near-term goal of “quantum supremacy” and the long-term goal of scalable quantum computing is to increase both the quantity and the quality of quantum bits in various physical systems. In optical quantum computing, where single photons serve as elementary qubits, their quantity and quality are associated with the efficiency and indistinguishability of the single-photon source. The realization of an optimal single-photon source with simultaneously near-unity system efficiency and indistinguishability is the biggest challenge for the field.

Despite tremendous efforts in the past 20 years, the experimentally generated single-photon sources still fell short of the minimal required efficiency of 50% for quantum computational supremacy. This limitation is due to two fundamental problems. One is that the bright quantum-dot excitonic transition is two-fold degenerate with random left and right circular polarization. The other one is associated with the resonant excitation. However, to select only one polarization, and to suppress the laser scattering, the cross-polarization extinction sacrificed at least 50% of the single photons. Overcoming the outstanding challenge of 50% efficiency loss has remained the most difficult and final challenge for an ultimate high-performance single-photon source, both theoretically and technologically.

The team led by Prof. Lu and Pan put forward a feasible proposal that kills the two birds with one stone and report its experimental demonstrations. The trick is to use an elliptical cavity that breaks the original polarization symmetry of the quantum dot emission. Moreover, they develop a new way for background-free resonance fluorescence without sacrificing the system efficiency. The generality and versatility of the protocol have been demonstrated in both narrowband and broadband cavities. The combination of the new theory and experiment created the brightest sources of single indistinguishable photons to date in all physical systems.

Because single-photon source is the most fundamental, and also the most challenging part for optical quantum computing, it will enable wide new applications, for example: