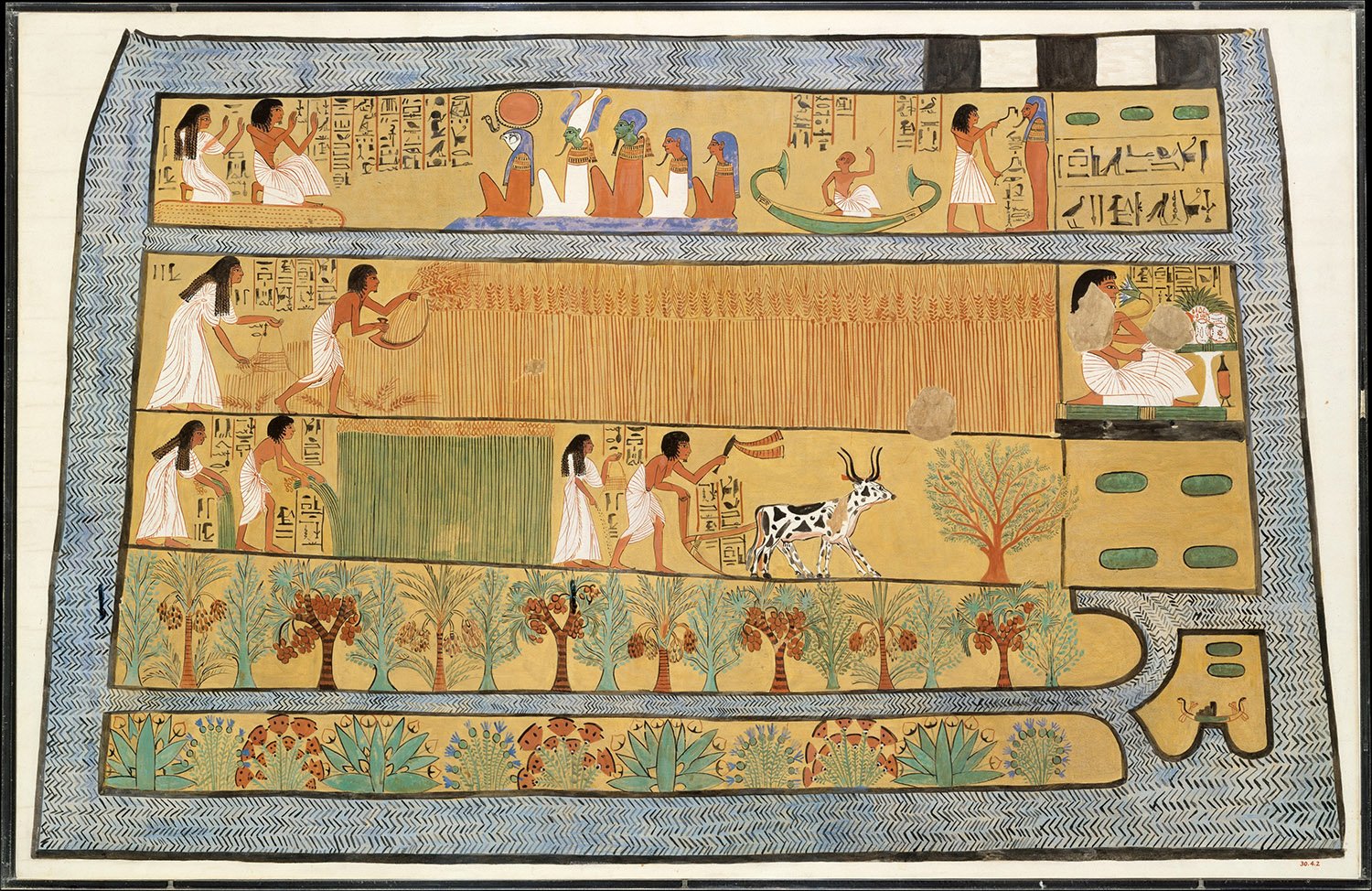 The study, published in Nature Plants, was carried out by an international research team, which mapped the genetic code from a sample of wheat harvested over 3,000 years ago, that was excavated in 1924 from the Hememiah North Spur site in Egypt.

The sample, which is currently on display in the Petrie Museum of Egyptian Archaeology at UCL having been stored there for 90 years, showcases the scientific potential of museum specimens.

Alongside colleagues from the Natural History Museum and the Centre for Research in Agricultural Genomics, Barcelona, the researchers showed the wheat already had most of the genetic characteristics associated with domestication. For example, the wheat had genetic mutations to make it non-shattering, meaning it retained its seeds, making harvest easier but hindering natural dispersal.

The DNA comes from emmer wheat, one of the first cereals domesticated in the old world. The Romans called it ‘Pharaoh’s wheat’, owing to the fact that it was the most common type of wheat in ancient Egypt.

“These wheats have genetic material derived from multiple species. Given this complexity, and how DNA degrades over time, it’s amazing that we are now able to look at ancient wheat genomes,” said the study’s lead author Dr Michael Scott (UCL Genetics Institute), who also managed to bake his own bread using modern emmer wheat. I wanted to taste emmer wheat; to my surprise, emmer flour was available locally and I made a sourdough. I think that the gluten was weak, the loaf rose less than usual but it had a pleasantly nutty taste.”

The team found that the ancient Egyptian specimen is distinct from modern wheats, but most closely related to modern emmer wheats that are grown in India, Oman, and Turkey.

“This genetically connects emmer grown in Egypt with the earlier eastwards expansion of emmer cultivation, which originated in the Fertile Crescent region of the Near East,” said co-author Professor Dorian Fuller (UCL Institute of Archaeology).

“Wild emmer wheat seeds are released from the plant where they can’t be easily harvested. Under cultivation, deliberately or co-incidentally, farmers bred emmer wheats that retain their seeds. This specimen was domesticated, likely over 8,300 years ago based on archaeobotanical data, and would have retained its seeds,” explained Professor Fuller.

The researchers note that the specimen was stored for over 90 years without any climate control.

Petrie Museum curator Dr Anna Garnett, added: “This study shows that our collection is a dynamic and living resource. Genetic data allows us to look at these specimens from an angle that couldn’t have been imagined when they were first added to the collection.”

The researchers found evidence of gene flow between the cultivated wheat and wild populations, resulting in a genetically distinctive crop, which may still have agricultural uses.

Co-author Professor Mark Thomas (UCL Genetics Institute) said: “Crop breeders are interested in genetic variation, as some of it may be useful. For example, it may enable us to breed crops that are better suited to future climates. Targeted reintroduction of genetic variation that was used in the past adds a new dimension to crop breeding.”

The research was supported by the BBSRC, Spanish Ministry of Economy and Competitiveness, Generalitat de Cayalunya, Wellcome, European Research Council and NERC.