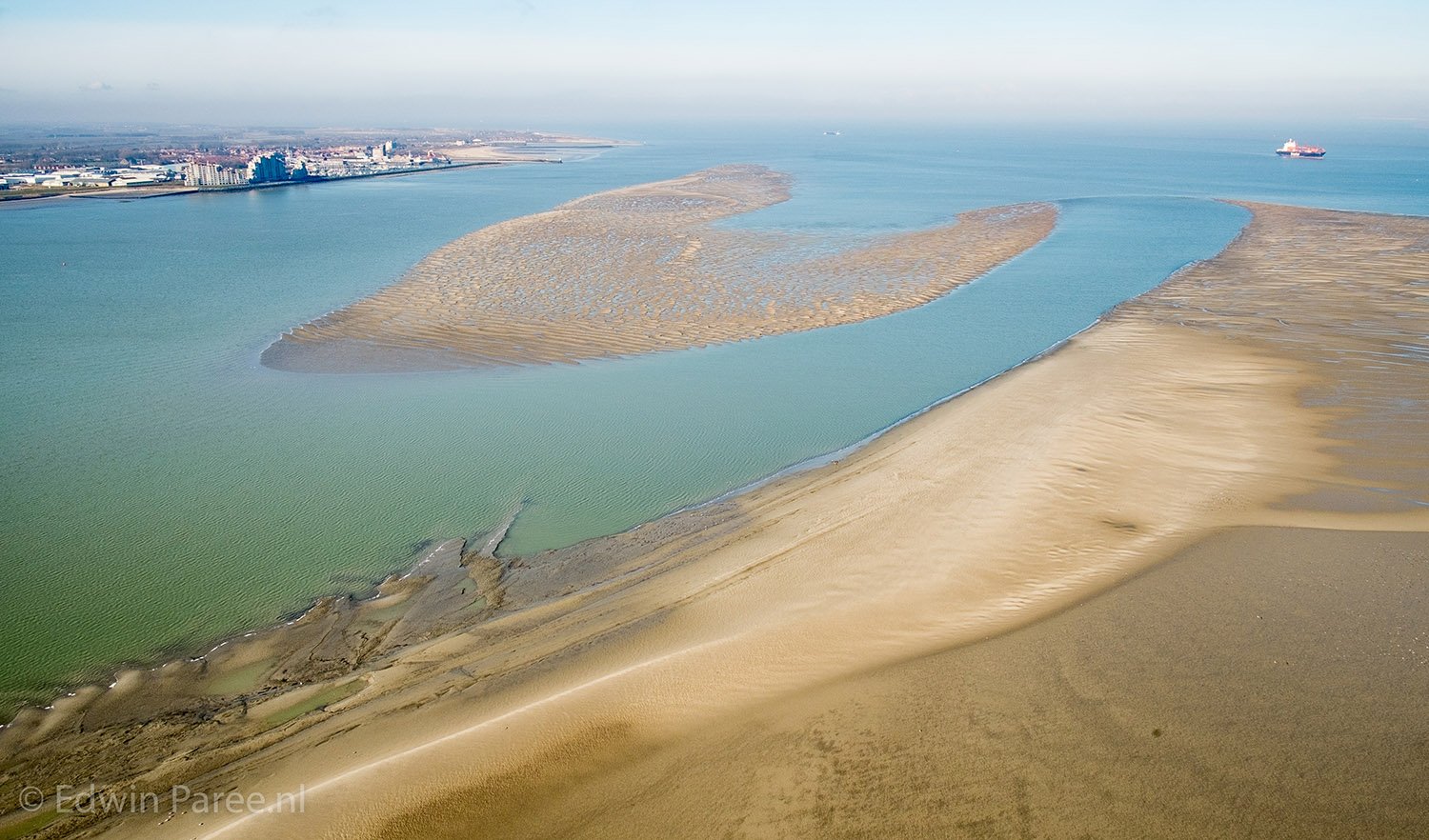 Dr Jasper Leuven from Utrecht University (now working at Royal HaskoningDHV) investigated the effect of sea-level rise on estuaries worldwide. These estuaries tend to be densely populated areas that extremely sensitive to changes in the landscape. He shows that different-sized estuaries respond differently to sea-level rise, and his work provides a basis for carrying out further research on this per individual estuary. His results are published in the leading journal Nature Climate Change.

A large percentage of the world’s population lives near an estuary. No fewer than 21 of the world’s 30 largest cities are built around estuaries. This is also true of the Netherlands, with more than a quarter of the country’s population living in the Randstad conurbation, near to where the Meuse and Waal rivers and the North Sea Canal flow into the sea. There’s a good reason why we all came to be living near estuaries: they are fertile regions and the water offers easily accessible transport routes. But sea-level rise is making it more difficult to live here, as well as threatening the biodiversity of the fluvial system landscape.

Dr Jasper Leuven of Utrecht University shows for the first time how different-sized estuaries respond differently to sea-level rise, and the effects of possible control measures. He made computer models for 36 estuaries from all around the world with a wide range of characteristics: large, small, deep, wide and narrow, and subjected them to different scenarios. These varied from a – now highly likely – scenario in which the sea level rises by one metre in the next hundred years, to a scenario showing the potential effect of changes in the tide.

Leuven came to the conclusion that the effect of sea-level rise is dependent on the size of the estuary. If smaller estuaries receive insufficient sediment to adapt their channels and sandbanks to the new sea level, there is a growing risk of increased flooding. Large estuaries such as the Western Scheldt in the Netherlands and the Thames in England run a particular risk of a shortage of sand in the system. This leads to the breakdown of the estuarine sandbanks, especially if the tidal range decreases in the estuary. This can be compared to the situation in the Eastern Scheldt following the construction of the storm surge barrier. Insufficient supply of sediment means the estuary is in danger of ‘drowning’, leading to the loss of important habitat for flora and fauna.

More space for the estuary

Leuven also demonstrates that the negative effects of sea-level rise can be partially counteracted by giving estuaries more space, for example by moving back the dykes. This increases the surface area of sandbanks, which helps to dampen the effect of the incoming tide, resulting in a lower risk of flooding. In large estuaries, extra width can ensure an extra source of sand and silt. This reduces the shortage of sediment, which would otherwise lead to the erosion of sandbanks and the undercutting of riverbanks.

Optimum solution depends on many factors

“Our results show that there are quick gains to be made by using existing solutions for making rivers more resistant to the effects of climate change and sea-level rise,” explains Leuven. “With this knowledge, we can now also use these solutions for estuaries. However, the optimum solution for each case depends on many different factors, such as the size and the characteristics of the system. So the solution will have to be individually optimised per estuary.”