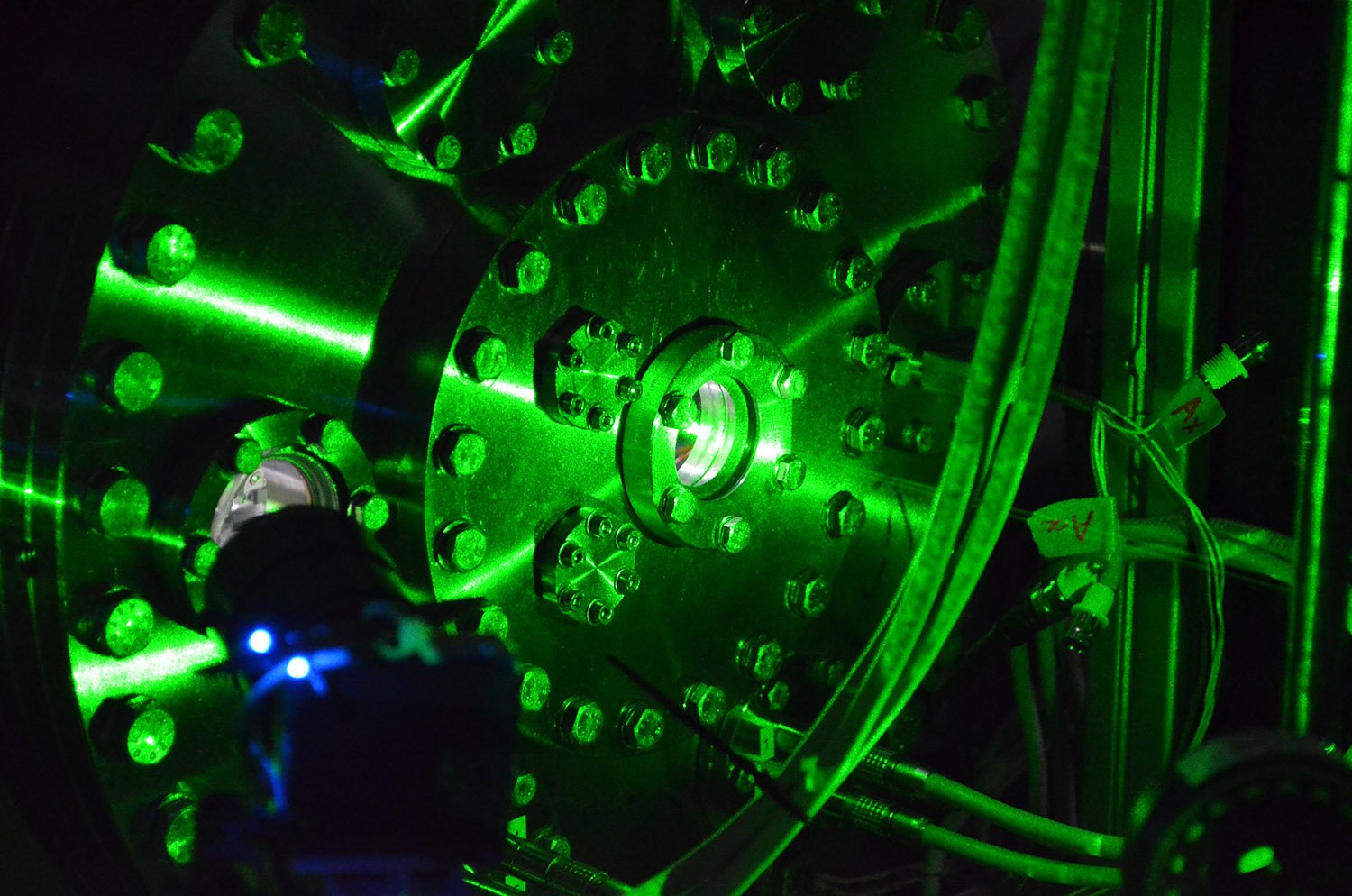 The quantum superposition principle has been tested on a scale as never before in a new study by scientists at the University of Vienna in collaboration with the University of Basel. Hot, complex molecules composed of nearly two thousand atoms were brought into a quantum superposition and made to interfere. By confirming this phenomenon – “the heart of quantum mechanics”, in Richard Feynman’s words – on a new mass scale, improved constraints on alternative theories to quantum mechanics have been placed. The work will be published in Nature Physics.

The superposition principle is a hallmark of quantum theory which emerges from one of the most fundamental equations of quantum mechanics, the Schrödinger equation. It describes particles in the framework of wave functions, which, much like water waves on the surface of a pond, can exhibit interference effects. But in contrast to water waves, which are a collective behavior of many interacting water molecules, quantum waves can also be associated with isolated single particles.

Perhaps the most elegant example of the wave nature of particles is the double-slit experiment, in which a particle’s wave function simultaneously passes through two slits and interferes. This effect has been demonstrated for photons, electrons, neutrons, atoms and even molecules, and it raises a question that physicists and philosophers have struggled with since the earliest days of quantum mechanics: how do these strange quantum effects transition into the classical world with which we are all familiar?

The experiments by Markus Arndt and his team at the University of Vienna approach this question in the most direct way possible, that is, by showing quantum interference with ever more massive objects. The molecules in the recent experiments have masses greater than 25,000 atomic mass units, several times larger than the previous record. One of the largest molecules sent through the interferometer, C707H260F908N16S53Zn4, is composed of more than 40,000 protons, neutrons, and electrons, with a de Broglie wavelength that is a thousand times smaller than the diameter of even a single hydrogen atom. Marcel Mayor and his team at the University of Basel used special techniques to synthesize such massive molecules that were sufficiently stable to form a molecular beam in ultra-high vacuum. Proving the quantum nature of these particles also required a matter-wave interferometer with a two-meter long baseline that was purpose-built in Vienna.

One class of models which aims to reconcile the apparent transition from a quantum to a classical regime predicts that the wave function of a particle spontaneously collapses with a rate proportional to its mass squared. By experimentally showing that a superposition is maintained for a heavy particle for a given length of time therefore directly places bounds on how often and how localized such a collapse process can be. In these experiments the molecules remained in a superposition for more than 7 ms, long enough to set new interferometric bounds on alternative quantum models.

A generalized measure called macroscopicity is used to classify just how well alternative models are ruled out by such experiments, and the experiments of Fein et al. published in Nature Physics indeed represent an order of magnitude increase in macroscopicity.

“Our experiments show that quantum mechanics, with all its weirdness, is also amazingly robust, and I’m optimistic that future experiments will test it on an even more massive scale,” says Fein. The line between quantum and classical is getting blurrier all the time.