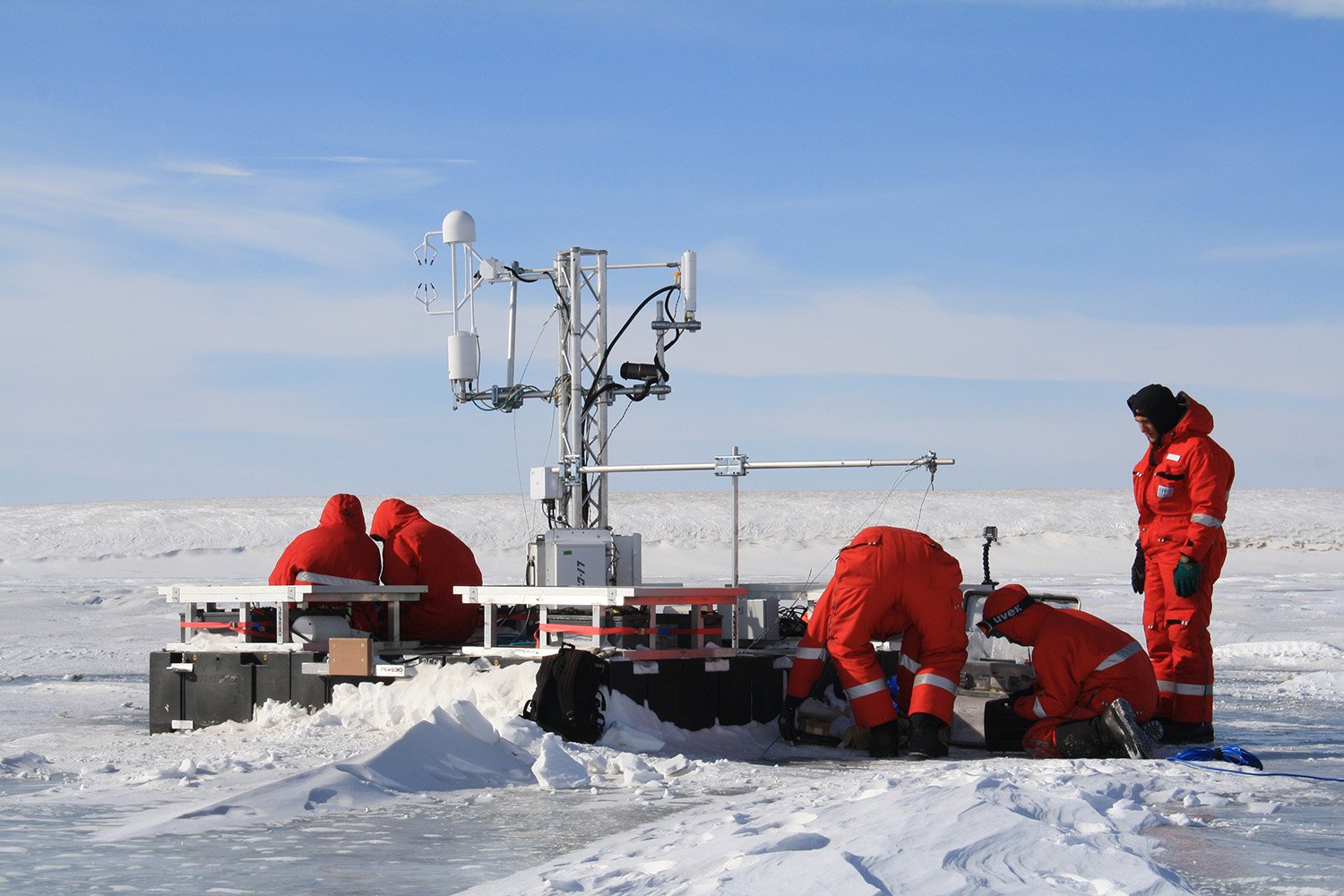 Arctic regions have captured and stored carbon for tens of thousands of years, but a new study shows winter carbon emissions from the Arctic may now be putting more carbon into the atmosphere than is taken up by plants each year. The study, published today in Nature Climate Change, warns that winter carbon dioxide (CO2) loss from the world’s permafrost regions could increase by 41% if human-caused greenhouse gas emissions continue on their current pace.

“We’ve known that warmer temperatures and thawing permafrost have been accelerating winter CO2 emissions, but we haven’t had a clear accounting of the winter carbon balance,” said WHRC Arctic Program Director Dr. Sue Natali, lead author on the study. “These results, which provide a new baseline for winter CO2 emissions from the Arctic, indicate that winter CO2 loss may already be offsetting growing season carbon uptake and these losses will increase as the climate continues to warm.”

Researchers synthesized on-the-ground observations of CO2 emissions to assess current and future winter carbon losses from the northern permafrost regions. They estimate a contemporary loss of 1.7 million metric tons of carbon from the permafrost region during the winter season (October through April). That loss is greater than the average growing season carbon uptake for this region estimated from process models (1.0 million metric tons of carbon taken up per year). Extending model predictions to warmer conditions in 2100 indicates that winter CO2 emissions could increase 17% under a moderate mitigation scenario (RCP 4.5) but could rise 41% under a business-as-usual emissions scenario (RCP 8.5).

“This study is an important step forward in understanding how CO2 loss from soils is outweighing uptake of CO2 from the atmosphere by vegetation. We’ve known for a while that thawed soils release CO2 during the summer, but we really didn’t realize how much CO2 is being emitted during the snow-covered winter months,” said WHRC scientist Dr. Jennifer Watts. “However, our data remain limited, especially considering the vast amount of land within the permafrost region. Because of this, it is difficult to get a real-time picture of how quickly ecosystems are changing.”

Permafrost is the carbon-rich frozen soil that covers 24 percent of Northern Hemisphere land area. Across the globe, from Alaska to Siberia, permafrost holds more carbon than has ever been released by humans. Right now, permafrost keeps carbon safely locked away, but as global temperatures warm, permafrost thaws and releases greenhouse gases to the atmosphere. Carbon from thawing permafrost had been omitted from many models and reports that informed international climate policy.

“Given the rapid pace of warming in the Arctic there is an urgent need to expand monitoring networks and to tightly link these observations to models to help guide decision making,” Dr. Natali said. “This study highlights the need to greatly reduce fossil fuel emissions in order to keep permafrost region carbon from entering into the atmosphere.”

WHRC recently launched the Arctic Carbon Monitoring and Prediction System, aiming to gain new understanding on how quickly permafrost regions are changing and what that means for global warming. The effort includes partners at the Harvard Kennedy School’s Belfer Center for Science and International Affairs and start-up funding from the Gordon and Betty Moore Foundation.

This study was supported by NASA ABoVE and conducted in coordination with the Permafrost Carbon Network and more than 50 collaborating institutions.