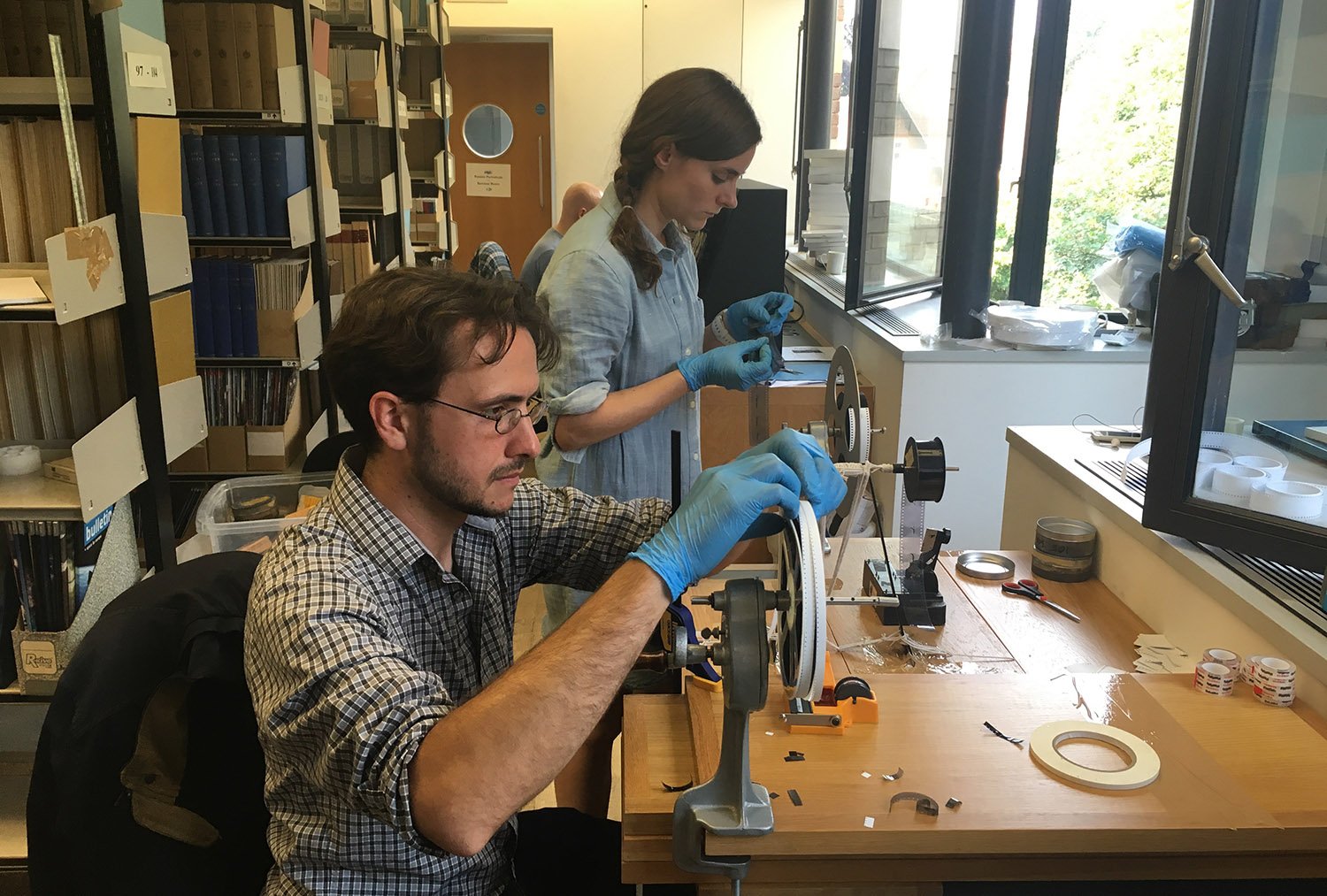 Newly digitized vintage film has doubled how far back scientists can peer into the history of underground ice in Antarctica, and revealed that an ice shelf on Thwaites Glacier in West Antarctica is being thawed by a warming ocean more quickly than previously thought. This finding contributes to predictions for sea-level rise that would impact coastal communities around the world.

The researchers made their findings by comparing ice-penetrating radar records of Thwaites Glacier with modern data. The research appeared in Proceedings of the National Academy of Sciences Sept. 2.

“By having this record, we can now see these areas where the ice shelf is getting thinnest and could break through,” said lead author Dustin Schroeder, an assistant professor of geophysics at Stanford University’s School of Earth, Energy & Environmental Sciences (Stanford Earth) who led efforts to digitize the historical data from airborne surveys conducted in the 1970s. “This is a pretty hard-to-get-to area and we’re really lucky that they happened to fly across this ice shelf.”

Researchers digitized about 250,000 flight miles of Antarctic radar data originally captured on 35mm optical film between 1971 and 1979 as part of a collaboration between Stanford and the Scott Polar Research Institute (SPRI) at Cambridge University in the U.K. The data has been released to an online public archive through Stanford Libraries, enabling other scientists to compare it with modern radar data in order to understand long-term changes in ice thickness, features within glaciers and baseline conditions over 40 years.

The information provided by historic records will help efforts like the Intergovernmental Panel on Climate Change (IPCC) in its goal of projecting climate and sea-level rise for the next 100 years. By being able to look back 40 to 50 years at subsurface conditions rather than just the 10 to 20 years provided by modern data, scientists can better understand what has happened in the past and make more accurate projections about the future, Schroeder said.

“You can really see the geometry over this long period of time, how these ocean currents have melted the ice shelf – not just in general, but exactly where and how,” said Schroeder, who is also a faculty affiliate at the Stanford Woods Institute for the Environment. “When we model ice sheet behavior and sea-level projections into the future, we need to understand the processes at the base of the ice sheet that made the changes we’re seeing.”

The film was originally recorded in an exploratory survey using ice-penetrating radar, a technique still used today to capture information from the surface through the bottom of the ice sheet. The radar shows mountains, volcanoes and lakes beneath the surface of Antarctica, as well as layers inside the ice sheet that reveal the history of climate and flow.

The researchers identified several features beneath the ice sheet that had previously only been observed in modern data, including ash layers from past volcanic eruptions captured inside the ice and channels where water from beneath the ice sheet is eroding the bottom of ice shelves. They also found that one of these channels had a stable geometry for over 40 years, information that contrasts their findings about the Thwaites Glacier ice shelf, which has thinned from 10 to 33 percent between 1978 and 2009.

“The fact that we were able to have one ice shelf where we can say, ‘Look, it’s pretty much stable. And here, there’s significant change’ – that gives us more confidence in the results about Thwaites,” Schroeder said.

The scientists hope their findings demonstrate the value of comparing this historical information to modern data to analyze different aspects of Antarctica at a finer scale. In addition to the radar data, the Stanford Digital Repository includes photographs of the notebooks from the flight operators, an international consortium of American, British and Danish geoscientists. (Read more about the process of digitizing the archival film.)

“It was surprising how good the old data is,” Schroeder said. “They were very careful and thoughtful engineers and it’s much richer, more modern looking, than you would think.”