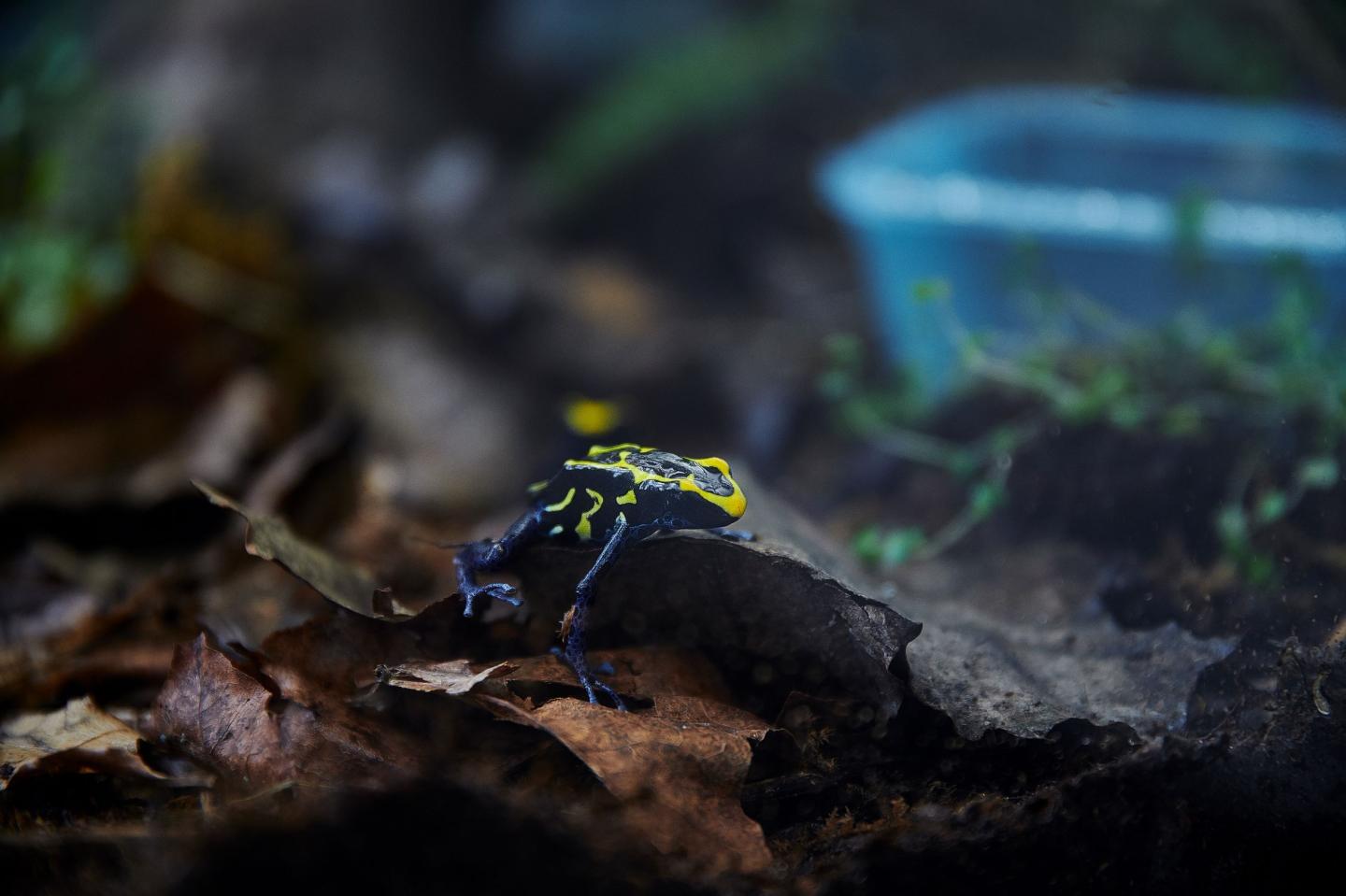 Diversity is a hallmark of life and it shows up in unexpected places. A multi-national team of evolutionary biologists investigated how two types of poison frog co-exist when we expect only one. Their innovative study uncovers conditions where diversity flourishes against the odds, and offers new perspectives on chemical defense. The project was a collaboration between the University of Jyvaskylä, the University of Mississippi, Centre national de la recherche scientifique (CNRS) and John Carroll University. The findings were published in the Proceedings of the National Academy of Sciences (PNAS) on September 2nd 2019.

Many creatures carry warning colors that signal toxicity, such as wasps with yellow bands. The Dyeing Poison Frog (Dendrobates tinctorius) of French Guiana also has yellow stripes to keep predators away, but some have white stripes instead. This is an anomaly of evolution because predators learn to avoid warning colors through bad experience, and rare warning colors are harder to learn.

The team headed by Doctors Bibiana Rojas from University of Jyvaskyla and J.P Lawrence from the University of California Irvine propose evolutionary explanations for how nature allows rare warnings to persist.

Firstly, rare or weak signals can persist under the protection of stronger signals. The researchers show that predators learn to avoid more distasteful yellow frogs and generalize this avoidance to white frogs. Although the stronger defenses of yellow frogs should allow them to out-compete the whites over time, genomic analysis revealed that the population of white frogs is genetically separate from the yellows. Thus, diversity can exist within a single population (due to generalized learning) and between different populations (due to genetic isolation).

The initial experiments were modest in scope, but strange results inspired the researchers to develop new methods.

“We faced the difficulty of not having an established method to quantify predator reaction to the chemical defenses. However, that difficulty turned into one of the biggest assets of our study, as we eventually succeeded at developing a method”, says Doctor Bibiana Rojas from University of Jyvaskyla.

The new method improves the ecological relevance and precision of measuring predator-prey interactions. Past studies have assumed that toxicity is everything, and measure it by injecting mice with defensive chemicals. But prey survival and evolution depends on whether they are eaten or spat out, not the blood chemistry of their predators. Thus, the researchers used skin extracts mixed with oats to get a separate measure of distastefulness. They show that toxicity and distastefulness are better considered independently.

“The biggest surprise came from the fact that the frogs [with] higher amount of toxins in their skin are not necessarily the ones that birds find most distasteful. This finding challenges previous assumptions that most toxic equals most unpalatable”, says Rojas.