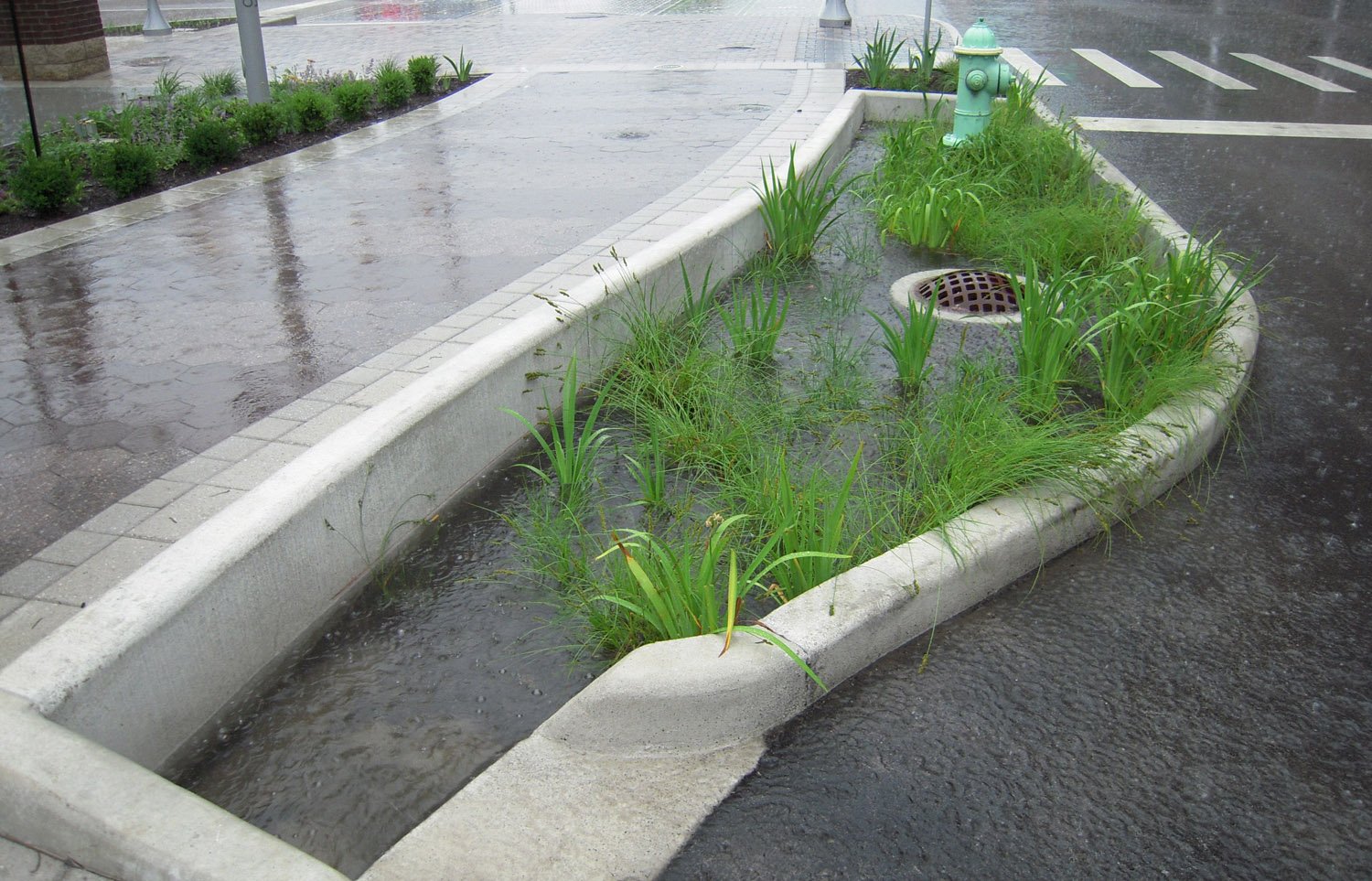 A good rainstorm can make a city feel clean and revitalized. However, the substances that wash off of buildings, streets and sidewalks and down storm drains might not be so refreshing. Now, researchers reporting in ACS’ Environmental Science & Technology have analyzed untreated urban stormwater from 50 rainstorms across the U.S., finding a wide variety of contaminants that could potentially harm aquatic organisms in surface waters and infiltrate ground water.

Previous studies of urban stormwater runoff have revealed a mixture of industrial chemicals, pesticides, pharmaceuticals and other substances that, at certain levels, can be toxic to aquatic life. As a result, many cities and water-management agencies are trying to develop stormwater control measures to minimize the transport of these contaminants to other water bodies, such as rivers or aquifers. However, data from a wide variety of locations across the U.S. are lacking. To help fill this research gap, Jason Masoner and colleagues wanted to catalog and quantify the contaminants in urban stormwater from 50 storm events at 21 sites across the nation.

The researchers analyzed 500 chemicals in urban stormwater collected during rainstorms. Samples contained a median of 73 organic chemicals, with pesticides being the most frequently detected chemical group. Eleven contaminants, including the insect repellent DEET, nicotine, caffeine and bisphenol A, were found in more than 90% of samples. The researchers also frequently detected prescription and non-prescription pharmaceuticals, indicating that the stormwater was contaminated with human waste, possibly from sewage leaks or other urban sources. Some of the contaminants were present at levels known to be toxic to aquatic life, but those present at lower concentrations could also have effects when combined with all of the other substances in the water. This study highlights the need for more research about the long-term effects of these contaminants on aquatic organisms exposed to the stormwater, the researchers say.