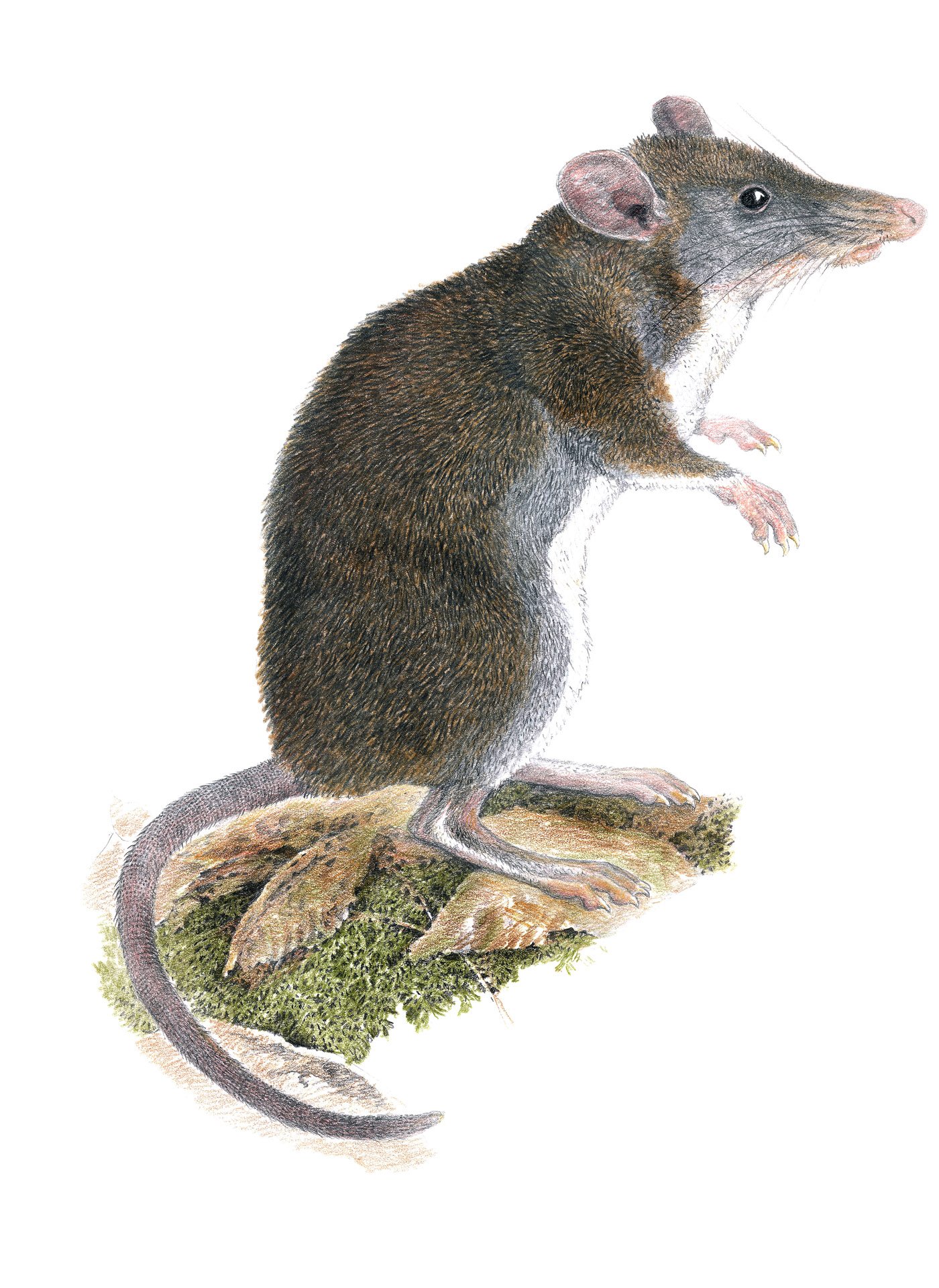 Just about everybody loves peanut butter. We put it on sandwiches and in candy, we use it to trick our dogs into taking their heartworm pills, and, when we have to, we bait mouse traps with it. But, as scientists learned when trapping rodents in the mountains of the Philippines, peanut butter isn’t for everyone. A highly distinctive (weird-looking) group of rodents sometimes called “tweezer-beaked hopping rats” don’t care for peanut butter, but love earthworms. Armed with this knowledge (and worms), the scientists discovered two new species of the tweezer-beaked hopping rats. The discovery was announced in the Journal of Mammalogy.

“In the late 1980s we were doing standard mammalogy surveys and using standard baits that most rodents really like: a combination of peanut butter and slices of fried coconut. It was really attractive bait, it makes your mouth water,” says lead author Eric Rickart, a curator of the Natural History Museum of Utah at the University of Utah. The researchers knew that some of these critters had been found in the area before, but the rats weren’t biting. One finally stumbled into a live trap, but it still didn’t touch the peanut butter bait. The team tried to figure out what it did eat; when they offered it an earthworm, the rat, in Rickart’s words, “slurped it up like a kid eating spaghetti.”

“Once we began baiting the traps with live, wriggling earthworms, we discovered that these little animals are common and widespread,” says Larry Heaney, a curator at the Field Museum and a co-author of the study. The field team, led by the late Danny Balete of the Field Museum, began finding more species that specialize in eating earthworms, including the two new species described in their recent paper.

The new species are named Rhynchomys labo and Rhynchomys mingan. The genus name, Rhynchomys, comes from the ancient Greek rhyncos for snout and mys for “mouse,” a reference to the tweezer-beaked hopping rats’ long pointed noses. The species names are for the mountains the rats are found on, Mount Labo and Mount Mingan.

“They’re quite bizarre,” says Rickart. “They hop around on their sturdy hind legs and large hind feet, almost like little kangaroos. They have long, delicate snouts, and almost no chewing teeth.”

“They’re very docile, very cute,” adds Heaney. “Their fur is short and very, very dense, like a plush toy. They make little runways through the forest and patrol these little trails, day and night, looking for earthworms.”

The two new rodents are examples of the generally poorly-known, incredible biodiversity of the Philippines, which boasts more unique species of mammals per square mile than anywhere else on Earth. “Up until the late ’90s, we all thought maximum mammalian diversity was in the lowland tropical rainforest” explains Heaney. But Heaney, Rickart, and their colleagues found that mountains like those on the Philippines were the perfect breeding ground for new species of mammals. The different habitats at different elevations on a mountain can lead to different adaptations by its mammal residents, and their diversity actually increases as you go up higher into the mountains. Furthermore, the mammals on one mountain are isolated from their relatives on other mountains. Generations of isolation eventually lead to new species forming on different mountains, the same way that unique species emerge on islands. “Just about every time we’ve gone to a new area of Luzon with mountains, we’ve discovered that there are unique species,” says Rickart.

But the Philippines’ biodiversity is under threat. The islands are among the most extensively deforested places on Earth, with only about 6% of the original old growth tropical forest remaining. That’s a big problem for the watershed. High mountains in the Philippines receive between 10 and 20 feet of rain every year, leaving steep slopes vulnerable to typhoons. The mulch-carpeted mossy forests in the mountains help to soak up that rain “like a giant sponge,” says Heaney. “If you don’t have an intact watershed and forest up in the mountains, you’re going to have massive floods and landslides, because the water floods off instead of getting absorbed into mossy ground cover.”

The researchers hope that the discovery of the two new species of tweezer-beaked hopping rats will serve as an argument for protecting the mountainous forests where they’re found. “Every time we find a reason to say, ‘This place is unique,’ that tells people that it’s worthy of protection,” says co-author Phillip Alviola of the University of the Philippines.