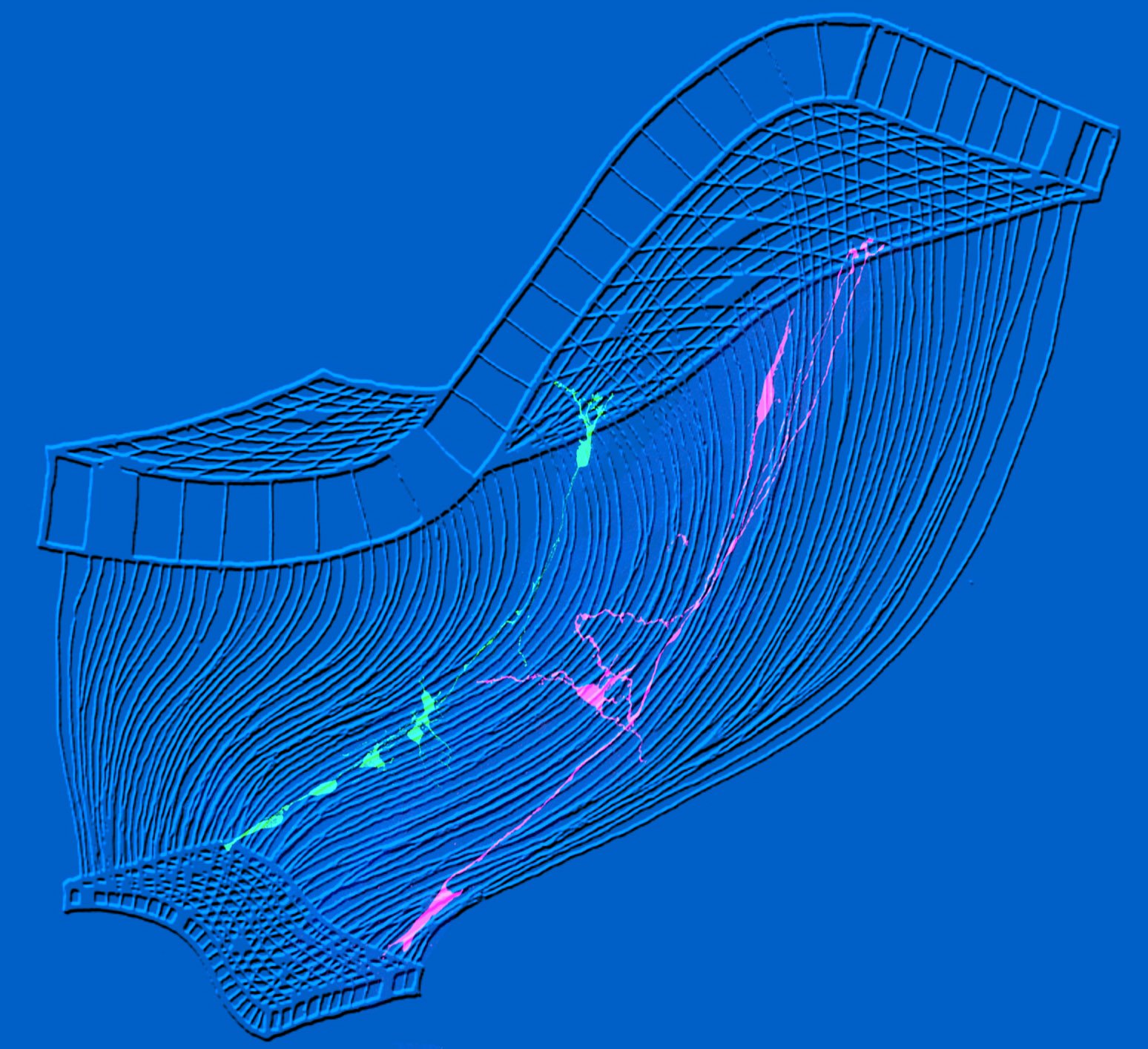 UNC School of Medicine scientists unveiled how a particular gene helps organize the scaffolding of brain cells called radial progenitors necessary for the orderly formation of the brain. Previous studies have shown that this gene is mutated in some people with autism.

The discovery, published in Neuron, illuminates the molecular details of a key process in brain development and adds to the scientific understanding of the biological basis of autism spectrum disorder (ASD), a condition linked to brain development and estimated to affect about one in 59 children born in the United States.

“This finding suggests that ASD can be caused by disruptions occurring very early on, when the cerebral cortex is just beginning to construct itself,” said study senior author Eva S. Anton, PhD, professor of cell biology and physiology at the UNC School of Medicine and member of the UNC Neuroscience Center and the UNC Autism Research Center.

The cerebral cortex – which in humans is responsible for higher brain functions including perception, speech, long-term memory, and consciousness – is relatively large and dominant compared to other brain structures.

How the cortex constructs itself in the developing brain of a human or other mammal is far from fully understood. But scientists know that early in cortical development, precursor cells called radial glial cells (RGCs) appear at the bottom of the developing cortex in a regularly spaced or tiled pattern. Each RGC sprouts a single stalk-like structure, called a basal process that extends to the top of the cortex. Collectively these RGCs and their basal processes form a scaffold, much like the scaffolds of a construction site.

RGCs divide to form young cortical neurons, and these baby neurons climb the scaffold to find their proper places in the developing brain. The cortex, thanks to this scaffolding system, normally develops a highly regular structure with six distinct layers of neurons required for the normal formation of functional neural cortical circuits.

Anton and colleagues discovered that a gene encoding for a protein called Memo1 is needed to organize the tiled radial glial cell scaffold. Mutations in the Memo1 gene also have been found in some people with autism and are suspected of causing the condition. To explore Memo1’s role in brain development and autism, Anton’s team first engineered mice in which the Memo1 gene is deleted early in brain development in RGCs.

They found the resulting RGC scaffold is disrupted. Each RGC’s stalk-like basal process formed too many branches and no longer forms a guiding scaffold, resulting in neuronal misplacement and disorganized layers. The scientists traced this ill effect, in part, to unstable microtubules, which normally help reinforce the scaffold structure and serve as railways for the internal traffic of key molecules necessary for RGC function.

Intriguingly, studies of the brains of children with autism found patches of similar neuronal disorganization. The scientists then analyzed MEMO1 gene mutations reported recently in individuals with autism behaviors and intellectual disabilities. They discovered the human MEMO1 genetic mutation resulted in a shortened form of the Memo1 protein and this can disrupt RGC development

Further supporting the autism connection, Anton and his colleagues discovered the mice lacking Memo1 in their RGCs behaved abnormally, showing a lack of explorative activity similar to those seen in some people with autism.

The findings overall suggest that Memo1-associated autism may be wired into the brain very early in development than are other forms of autism with origins in disrupted neuronal differentiation and connectivity.

“For disorders of brain development such as ASD, it is important to understand the origins of the problem even if we are still far away from being able to correct developmental disruptions occurring in utero,” Anton said.

“We need this foundational knowledge if we are to truly get to the root causes of these conditions and eventually develop better diagnostic or therapeutic strategies.”

Anton and colleagues are continuing to evaluate MEMO1 in cortical development and autism, and as more human mutations are being identified in this gene family and other ASD genes, they plan to shift from experiments in mice to the study of human brain organoids – kind of mini brains that can be grown from patient derived stem cells with ASD related mutations.