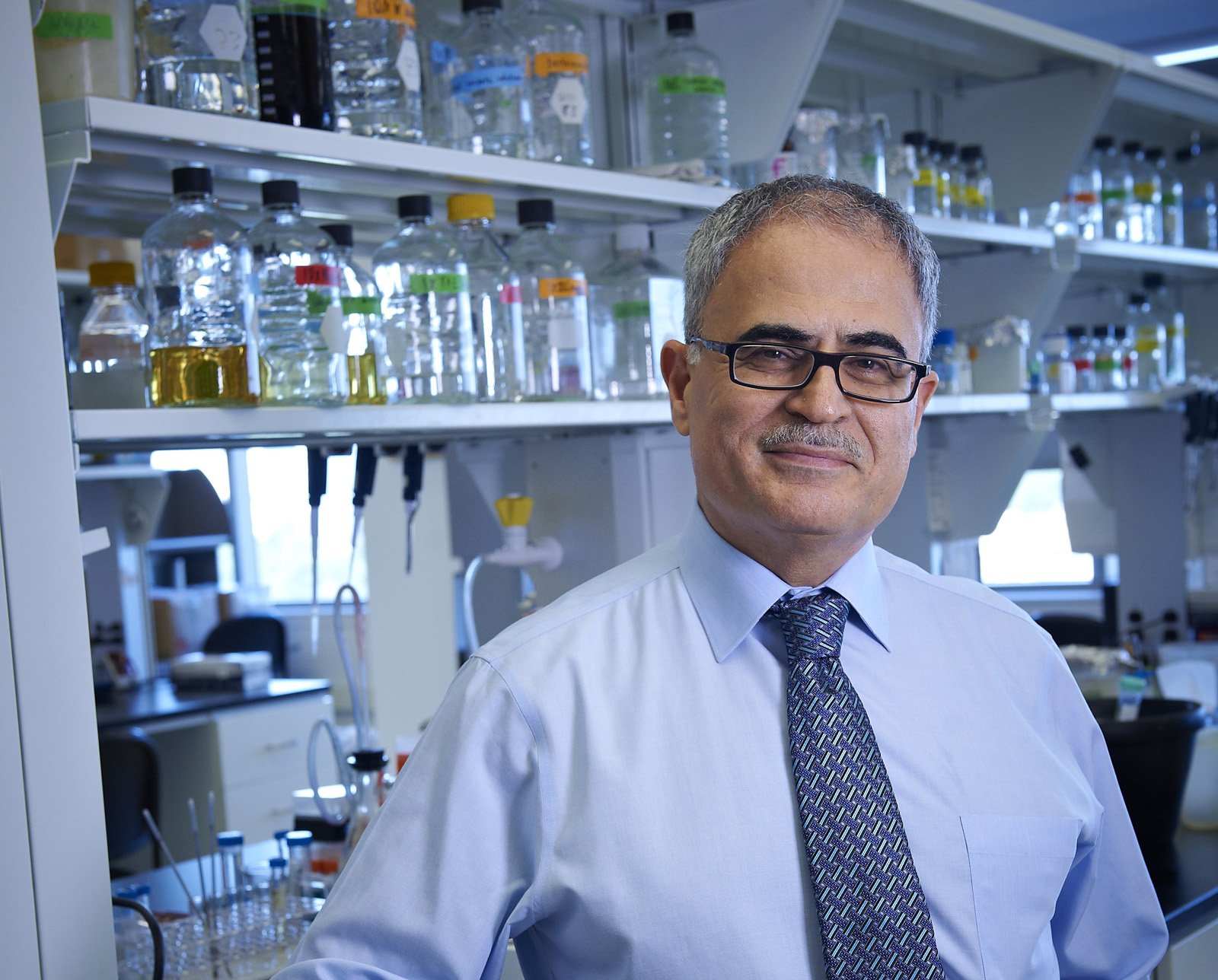 In a major collaborative effort, researchers at the Lewis Katz School of Medicine at Temple University and the University of Nebraska Medical Center (UNMC) have for the first time eliminated replication-competent HIV-1 DNA – the virus responsible for AIDS – from the genomes of living animals. The study, reported online July 2 in the journal Nature Communications, marks a critical step toward the development of a possible cure for human HIV infection.

“Our study shows that treatment to suppress HIV replication and gene editing therapy, when given sequentially, can eliminate HIV from cells and organs of infected animals,” said Kamel Khalili, PhD, Laura H. Carnell Professor and Chair of the Department of Neuroscience, Director of the Center for Neurovirology, and Director of the Comprehensive NeuroAIDS Center at the Lewis Katz School of Medicine at Temple University (LKSOM). Dr. Khalili and Howard Gendelman, MD, Margaret R. Larson Professor of Infectious Diseases and Internal Medicine, Chair of the Department of Pharmacology and Experimental Neuroscience and Director of the Center for Neurodegenerative Diseases at UNMC, were senior investigators on the new study.

“This achievement could not have been possible without an extraordinary team effort that included virologists, immunologists, molecular biologists, pharmacologists, and pharmaceutical experts,” Dr. Gendelman said.

“Only by pooling our resources together were we able to make this groundbreaking discovery.”

Current HIV treatment focuses on the use of antiretroviral therapy (ART). ART suppresses HIV replication but does not eliminate the virus from the body. Therefore, ART is not a cure for HIV, and it requires life-long use. If it is stopped, HIV rebounds, renewing replication and fueling the development of AIDS. HIV rebound is directly attributed to the ability of the virus to integrate its DNA sequence into the genomes of cells of the immune system, where it lies dormant and beyond the reach of antiretroviral drugs.

LASER ART targets viral sanctuaries and maintains HIV replication at low levels for extended periods of time, reducing the frequency of ART administration. The long-lasting medications were made possible by pharmacological changes in the chemical structure of the antiretroviral drugs. The modified drug was packaged into nanocrystals, which readily distribute to tissues where HIV is likely to be lying dormant. From there, the nanocrystals, stored within cells for weeks, slowly release the drug.

According to Dr. Khalili, “We wanted to see whether LASER ART could suppress HIV replication long enough for CRISPR-Cas9 to completely rid cells of viral DNA.”

To test their idea, the researchers used mice engineered to produce human T cells susceptible to HIV infection, permitting long-term viral infection and ART-induced latency. Once infection was established, mice were treated with LASER ART and subsequently with CRISPR-Cas9. At the end of the treatment period, mice were examined for viral load. Analyses revealed complete elimination of HIV DNA in about one-third of HIV-infected mice.

“The big message of this work is that it takes both CRISPR-Cas9 and virus suppression through a method such as LASER ART, administered together, to produce a cure for HIV infection,” Dr. Khalili said. “We now have a clear path to move ahead to trials in non-human primates and possibly clinical trials in human patients within the year.”