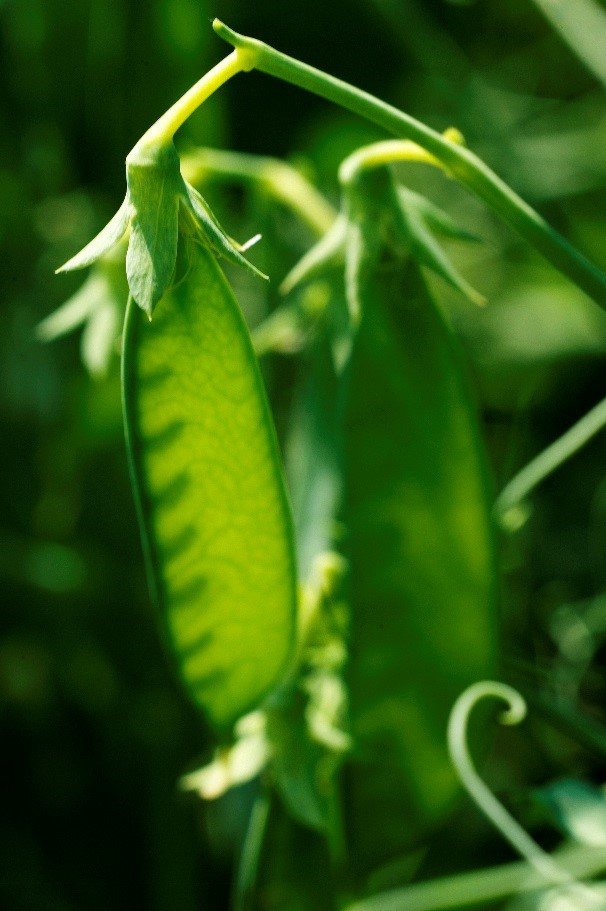 An international team* led by researchers from INRA and CEA managed to assemble the first sequence of the pea genome. This study, published on September 2, 2019 in Nature Genetics, will, in addition to increasing knowledge of this genome compared to that of other legumes, help to improve traits of interest for peas, such as disease resistance, regularity of yield and nutritional value.

In 1866, it was Pisum sativum L., a legume better known as “garden pea”, that allowed Gregor Mendel to discover the laws of heredity. He had crossed different types of peas (yellow, green, smooth, wrinkled) and compared their appearance in different generations of offspring. His observations are today considered to be the first fruits of genetics. More than a century and a half after Mendel, the study conducted by researchers from INRA and CEA-Genoscope provides the first sequence of the pea genome. Because of its size and complexity, it took nearly two decades after the first genome sequence of a plant was published to achieve this result.

To reconstruct the sequence of the pea genome, several billion short DNA sequences have been ordered. The pea genome is indeed particularly large: more than 1.4 times larger than the human genome (4.5 Gigabases against about 3.2). It is all the more complex and difficult to order because it contains many highly repetitive sequences. Using phylogenetic and paleo-genomic approaches, the team showed that major genomic rearrangements have occurred during legume evolution. The evolution of the genus Pisum is associated with a dynamic process of rapid gene evolution, including many translocations and transpositions. These events are probably responsible for the enlargement of the genome’s size that occurred during the divergence of the Fabeae tribe which includes peas, lentils and beans among other legumes.

* The France-Genomics project brought together researchers from INRA and CEA-Genoscope, in association with international partners: the Institute of Experimental Botany and the Biology Center (České) in Czech Republic, The University of Western Australia and Curtin University in Australia, University of Saskatchewan in Canada, Washington State University and USDA Pullman in the United States, University of Auckland in New Zealand.