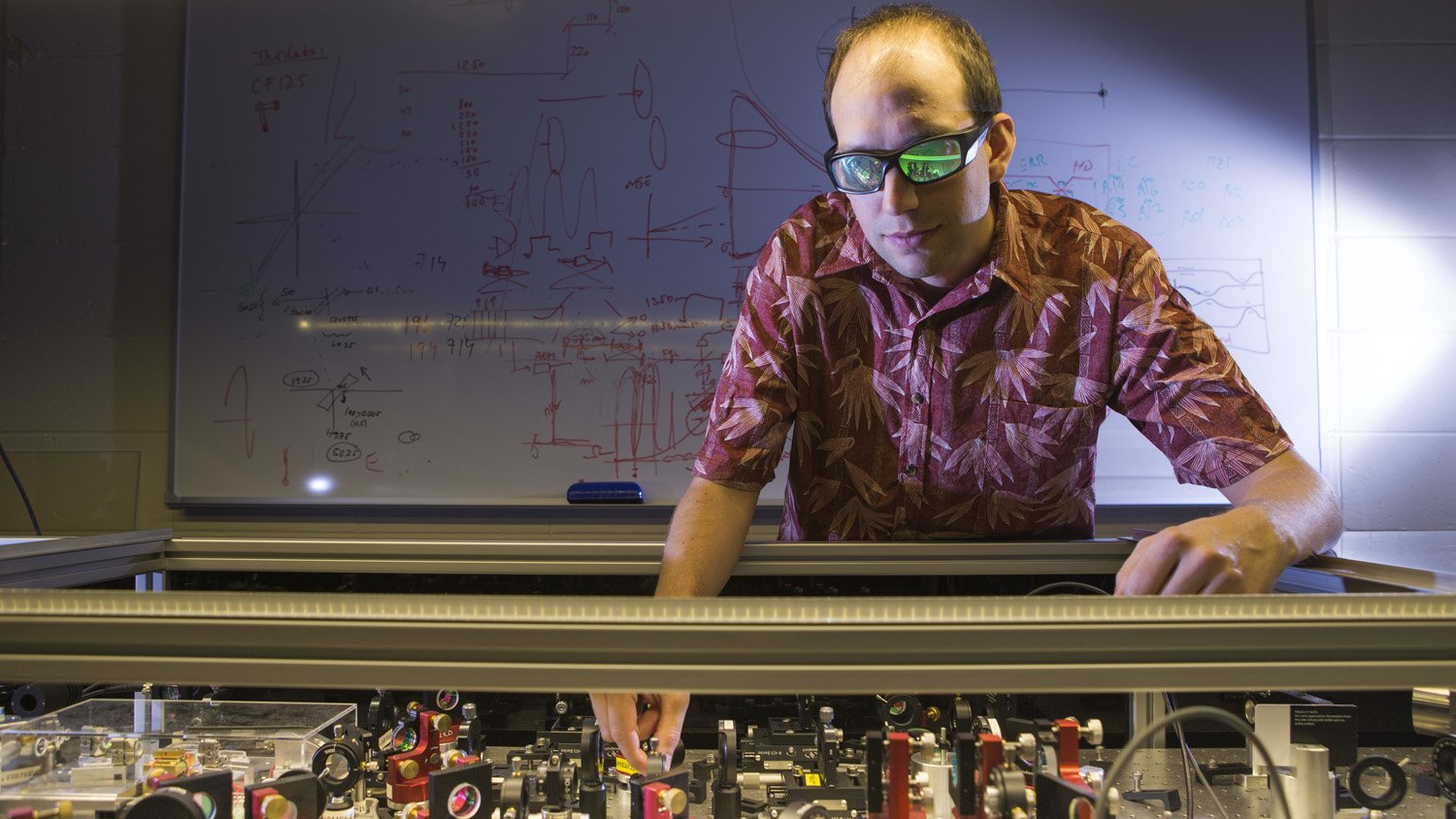 Australia and the world will soon be able to access massive amounts of locked away data captured in space at incredibly fast speeds, thanks to a new specialist facility at The Australian National University (ANU).

The Quantum Optical Ground Station, a first for Australia, will help researchers and industry better access unused data about our Universe as well as enable better monitoring of our own planet.

The station, announced today by Minister Mick Gentleman, comes with $800,000 in ACT Government funding. The project, which also includes a new telescope, is worth up to $2.4 million in total.

Project lead, Dr Francis Bennet from the ANU Research School of Astronomy and Astrophysics, said the new station will develop technologies that enable license free and secure high-bandwidth data transmission to and from space.

“Most of the data we capture from satellites and instruments in space never finds its way back down to Earth,” Dr Bennet said.

“The onboard processing in these machines means we are often left in the dark about our own planet, as well as the mysteries of the Universe.

“For example, the Keppler space telescope launched by NASA to discover Earth-sized planets was only able to transmit one per cent of the data it captured back home. That means we missed out on 99 per cent of what was found.

“This new ground station will change all that. It will give us the ability to tap into the massive volumes of data we gather each day in space, as well as improve monitoring of our Earth’s water, weather and other vital signs.”

The new station will also develop technology that could one day replace the undersea fibre optical cables global telecommunications is currently reliant on, as well as assist satellites from Asia in their space and Earth monitoring and telecommunications work.

The ANU station will be the first in an Australian network of optical ground stations, with partners in Western Australia, South Australia, ACT and New Zealand.

ANU Provost Professor Mike Calford thanked the ACT Government for their vital funding and said Canberra was the perfect place for the new station.

“Canberra enjoys exceptional natural conditions for this type of work. And it is backed by the world-leading and globally recognised space research and development taking place each day at ANU,” he said.

“This new station will help position Australia and the ACT as one of the world’s leading centres in the burgeoning field of quantum space communications, and boost the nation’s space efforts.

“It will bring in experts and industry leaders from all over the world to work together, as well as power the local economy and create local jobs. It will be the first hub in a network spanning our vast continent and New Zealand.