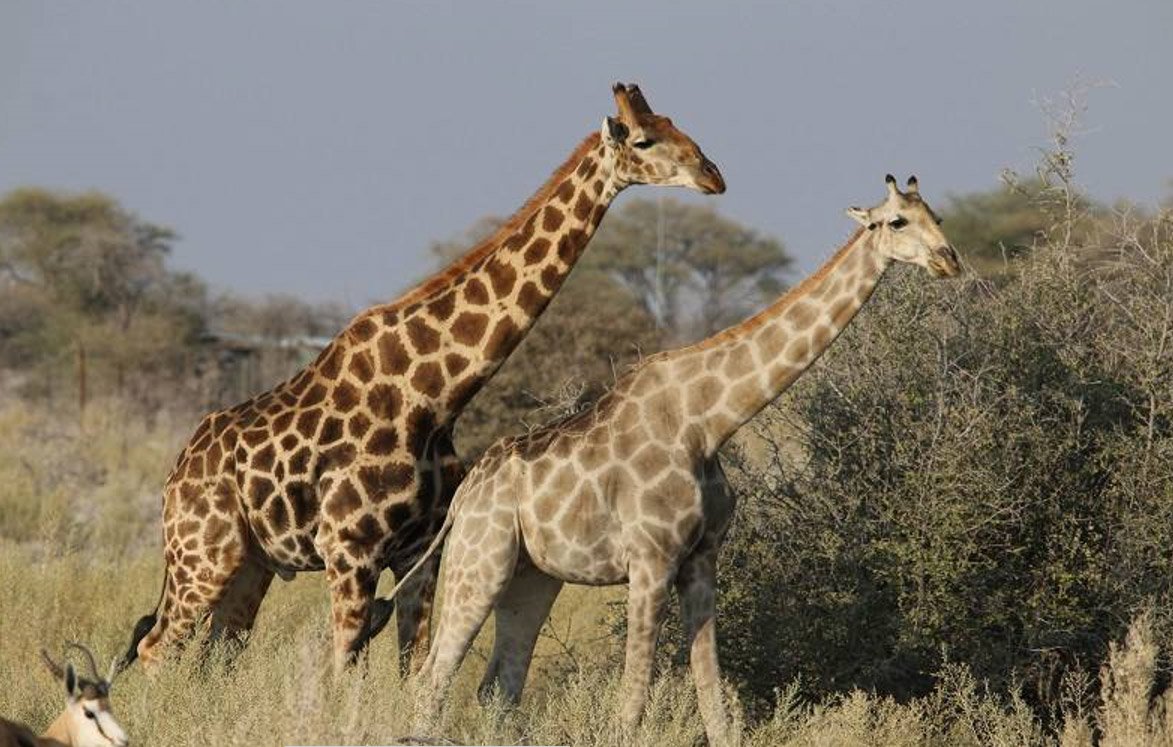 Darker male giraffes have been found to be more solitary and less social than their lighter-coloured counterparts, according to new research from The University of Queensland.

A long-term study revealed that the colour of male giraffes’ spots more strongly relates to their patterns of social association, rather than their age, as previously thought.

The paper’s lead author, Dr Madelaine Castles, said male giraffes tend to increase in darkness as they age, but some males never darken and others even lose pigmentation.

“We now know that – rather than simply indicating age – colour may display males’ physical condition and be used as a way to signal competitive ability to others,” she said. “Male giraffes’ colour may function in a similar way to the lion’s mane, as lions with dark manes are usually dominant and are preferred by females. We think that darker, more dominant male giraffes use an often-successful but risky mating tactic, roaming between groups of giraffes looking for sexually receptive females. In contrast, the lighter, less dominant males may be making the best of a bad situation so to speak, by remaining with females in the hope of getting lucky when a dominant male is not around.”

The researchers used photographs and data on 66 males collected over 12 years in the Etosha National Park in Namibia.

“The next step is to find out how colour could be a signal of a male’s condition,” she said. “Colour could be linked to testosterone, to heat stress, diet, genetics or a combination of multiple factors. The more we learn about giraffes, the more questions we have. And giraffes have recently been moved from ‘of least concern’ to ‘vulnerable’ on the IUCN Red List, so further research on these gentle giants is critical.”

This study was published in Animal Behaviour.