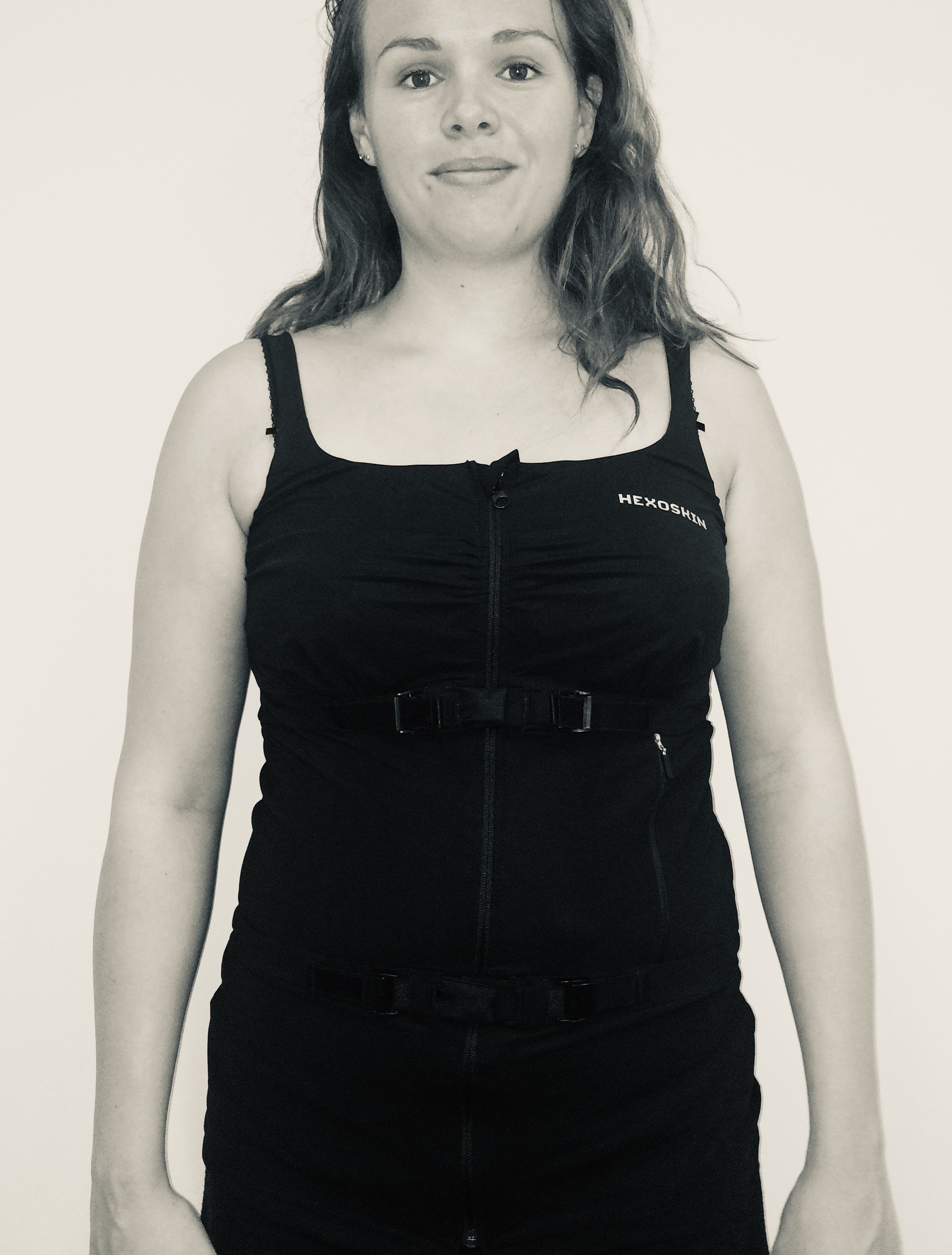 A smart shirt that measures lung function by sensing movements in the chest and abdomen has proved to be accurate when compared to traditional testing equipment, according to research presented at the European Respiratory Society International Congress.

Researchers have used the smart shirts, together with a mobile app, to reliably measure breathing in healthy people while carrying out a range of everyday activities.

This means they can now test out the smart shirts with patients who have chronic obstructive pulmonary disease (COPD). If successful, they hope this will allow doctors to monitor patients remotely for early signs that their condition is getting worse.

The research was presented by Denise Mannée, a technical physician and PhD candidate at Radboud University Medical Centre in The Netherlands.

She said: “COPD is a growing problem with around 64 million people suffering with the condition worldwide. When patients suffer an increase in their symptoms, such as coughing and breathlessness, they need to be monitored more closely. Symptoms first occur during daily activities like climbing stairs and housework, but respiration is hard to monitor in such conditions. This is traditionally done in the clinic with equipment such as an exercise bike, facemask and computer. The equipment is not very practical for measuring everyday activity. Smart shirts are already available, but they tend to be used by professional or amateur sportsmen and women. We wanted to see whether a smart shirt could provide an accurate and more practical alternative for measuring lung function.”

The smart shirt, called the Hexoskin, senses how the fabric stretches when the wearer’s chest expands and contracts and uses these measurements to gauge the volume of air inhaled and exhaled. It also records heart rate and movement. Ms Mannée and her colleagues asked a group of 15 healthy volunteers to wear a smart shirt while doing everyday activities including lying down, sitting, standing, climbing stairs and vacuuming.

At the same time, the volunteers also wore the equipment traditionally used to measure breathing that includes a face mask and bulky backpack. The volunteers repeated the tasks again wearing both pieces of equipment, to generate a second set of data.

Researchers then compared the measurements recorded using the two techniques for each person doing each activity on the two occasions. In general, they found that the measurements were very similar. When lying, the difference between measurements taken by the two pieces of equipment was just 0.2% on average, which only represents a few millilitres of air. In more strenuous activities there were slightly greater differences, for example with vacuuming the difference was 3.1% on average, or around 40ml.

Unfortunately, calibrations from the first use of the Hexoskin did not prove reliable for the second set of measurements, suggesting the equipment would need to be recalibrated each time the Hexoskin was used.

Mrs Mannée explained: “These results are important because they indicate that the smart shirt can be worn by patients while they go about their daily lives to accurately measure their lung function.”

Participants said the smart shirts were comfortable and could be worn underneath their normal clothes.

The researchers now plan to repeat tests on the smart shirts with COPD patients, but they believe the technology might also help in other respiratory conditions such as asthma, cystic fibrosis or after transplantation.

Mrs Mannée added: “Ultimately, we want to improve patients’ quality of life. If we can accurately monitor patients’ symptoms while they go about their normal activities, we might be able to spot problems and treat them sooner, and this in turn could mean less time in hospital.”

Professor Thierry Troosters, from University Hospitals Leuven, Belgium, is President Elect of the European Respiratory Society and was not involved in the study. He said: “As its name suggests, COPD is a chronic condition and it has a major impact on everyday life. It can be treated but not cured. Monitoring may help some patients, such as those who experience frequent symptoms, to predict worsening of the disease so that they may step up their treatment earlier.

“Smart shirt technology offers a promising, though relatively expensive, tool for monitoring patients’ respiratory health status during normal activities in a way that does not interfere too much with their daily lives. This is an example of data coming from wearables. Combined with using a smartphone interface, such data may help to inform trained healthcare providers about the ‘status’ of their patients. It is anticipated that by using artificial intelligence and deep learning algorithms, the burden of dealing with these data will be reduced to a minimum, and most of the monitoring will happen automatically. We look forward to seeing more work into this area of respiratory research.”