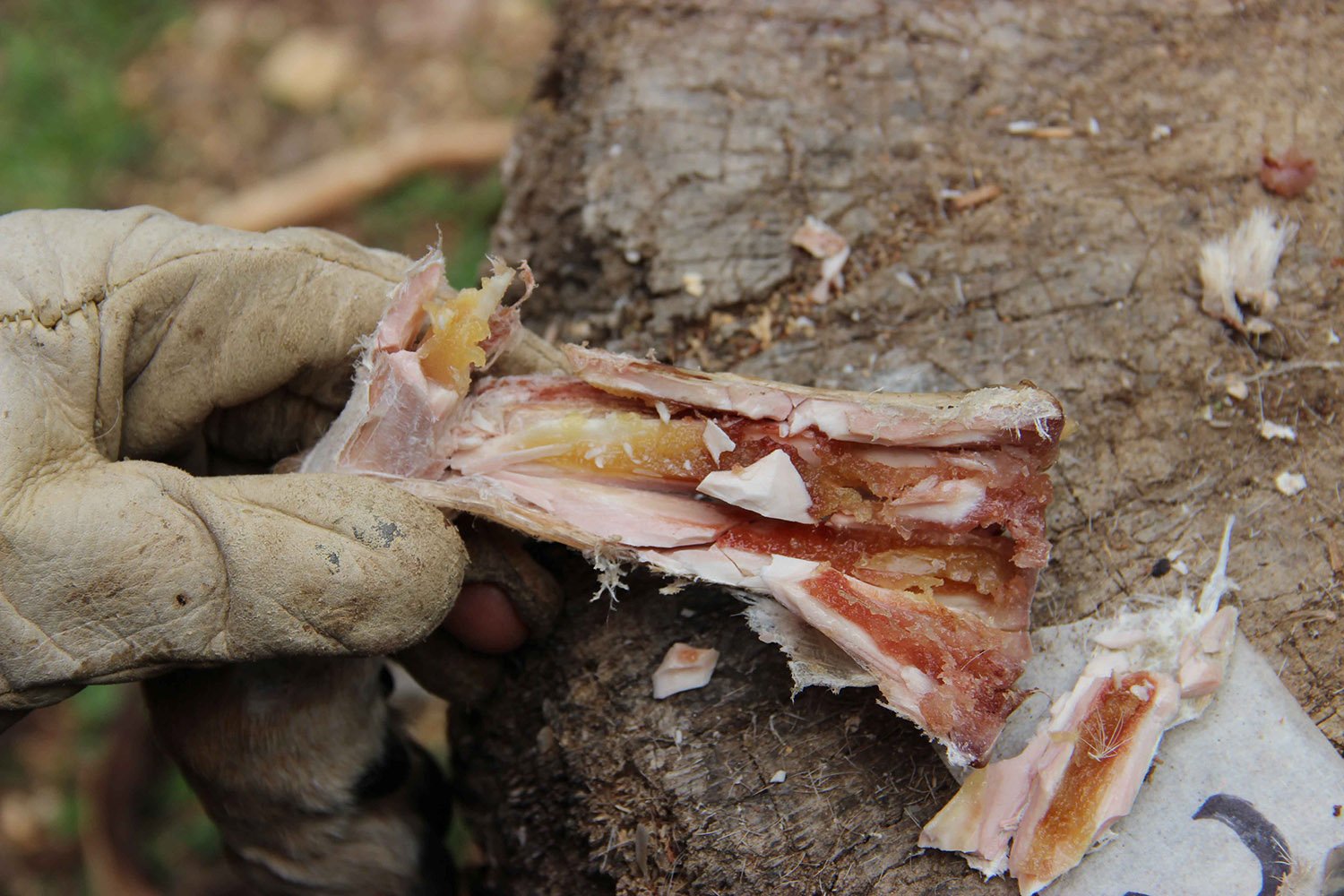 Tel Aviv University researchers, in collaboration with scholars from Spain, have uncovered evidence of the storage and delayed consumption of animal bone marrow at Qesem Cave near Tel Aviv, the site of many major discoveries from the late Lower Paleolithic period some 400,000 years ago.

The research provides direct evidence that early Paleolithic people saved animal bones for up to nine weeks before feasting on them inside Qesem Cave.

The study, which was published in the October 9 issue of Science Advances, was led by Dr. Ruth Blasco of TAU’s Department of Archaeology and Ancient Near Eastern Civilizations and Centro Nacional de Investigación Sobre la Evolución Humana (CENIEH) and her TAU colleagues Prof. Ran Barkai and Prof. Avi Gopher. It was conducted in collaboration with Profs. Jordi Rosell and Maite Arilla of Universitat Rovira i Virgili (URV) and Institut Català de Paleoecologia Humana i Evolució Social (IPHES); Prof. Antoni Margalida of University of Lleida, University of Bern, and the Institute for Game and Wildlife Research (IREC); and Prof. Daniel Villalba of University of Lleida.

“Bone marrow constitutes a significant source of nutrition and as such was long featured in the prehistoric diet,” explains Prof. Barkai. “Until now, evidence has pointed to immediate consumption of marrow following the procurement and removal of soft tissues. In our paper, we present evidence of storage and delayed consumption of bone marrow at Qesem Cave.”

“This is the earliest evidence of such behavior and offers insight into the socioeconomics of the humans who lived at Qesem,” adds Dr. Blasco. “It also marks a threshold for new modes of Paleolithic human adaptation.”

“Prehistoric humans brought to the cave selected body parts of the hunted animal carcasses,” explains Prof. Rosell. “The most common prey was fallow deer, and limbs and skulls were brought to the cave while the rest of the carcass was stripped of meat and fat at the hunting scene and left there. We found that the deer leg bones, specifically the metapodials, exhibited unique chopping marks on the shafts, which are not characteristic of the marks left from stripping fresh skin to fracture the bone and extract the marrow.”

The researchers contend that the deer metapodials were kept at the cave covered in skin to facilitate the preservation of marrow for consumption in time of need.

The researchers evaluated the preservation of bone marrow using an experimental series on deer, controlling exposure time and environmental parameters, combined with chemical analyses. The combination of archaeological and experimental results allowed them to isolate the specific marks linked to dry skin removal and determine a low rate of marrow fat degradation of up to nine weeks of exposure.

“We discovered that preserving the bone along with the skin, for a period that could last for many weeks, enabled early humans to break the bone when necessary and eat the still nutritious bone marrow,” adds Dr. Blasco.

“The bones were used as ‘cans’ that preserved the bone marrow for a long period until it was time to take off the dry skin, shatter the bone and eat the marrow,” Prof. Barkai emphasizes.

Until recently, it was believed that the Paleolithic people were hunter gatherers who lived hand-to-mouth (the Stone Age version of farm-to-table), consuming whatever they caught that day and enduring long periods of hunger when food sources were scarce.

“We show for the first time in our study that 420,000 to 200,000 years ago, prehistoric humans at Qesem Cave were sophisticated enough, intelligent enough and talented enough to know that it was possible to preserve particular bones of animals under specific conditions, and, when necessary, remove the skin, crack the bone and eat the bone marrow,” Prof. Gopher explains.

According to the research, this is the earliest evidence in the world of food preservation and delayed consumption of food. This discovery joins other evidence of innovative behaviors found in Qesem Cave including recycling, the regular use of fire, and cooking and roasting meat.

“We assume that all this was because elephants, previously a major source of food for humans, were no longer available, so the prehistoric humans in our region had to develop and invent new ways of living,” concludes Prof. Barkai. “This kind of behavior allowed humans to evolve and enter into a far more sophisticated kind of socioeconomic existence.”