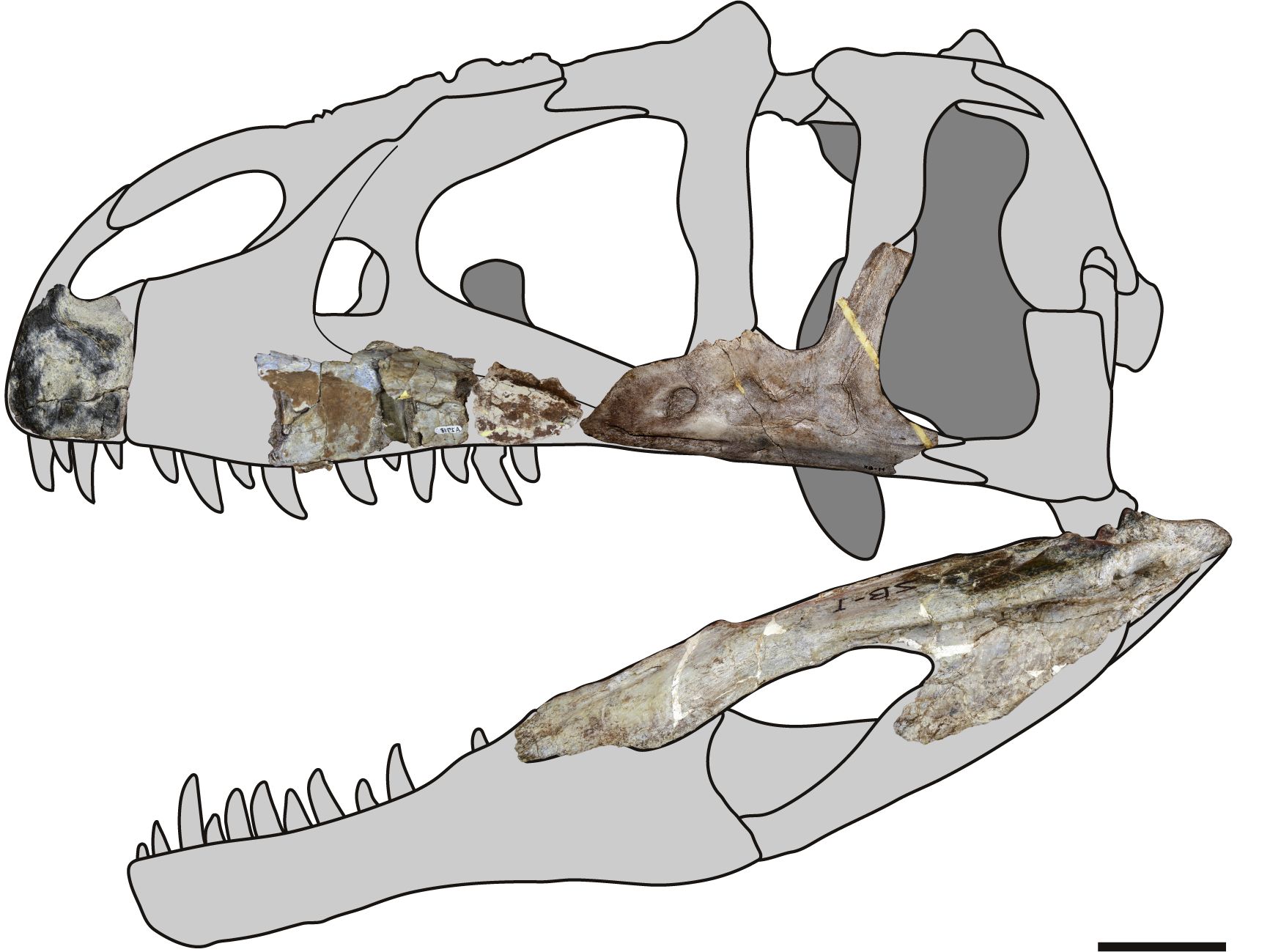 Fossils discovered in Thailand represent a new genus and species of predatory dinosaur, according to a study released October 9, 2019 in the open-access journal PLOS ONE by Duangsuda Chokchaloemwong of Nakhon Ratchasima Rajabhat University, Thailand and colleagues.

Carcharodontosaurs were a widespread and successful group of large predatory dinosaurs during the Jurassic and Cretaceous Periods and were important members of ecosystems on multiple continents. However, the fossil record of these animals is notably lacking from the Early Cretaceous of Asia, with no definite carcharodontosaurs known from Southeast Asia.

In this study, Chokchaloemwong and colleagues describe fossil material from the Khok Kruat geologic formation in Khorat, Thailand, dating to the Early Cretaceous. These fossils include remains of the skull, backbone, limbs, and hips of at least four individual dinosaurs, and morphological comparison with known species led the authors to identify these remains as belonging to a previously unknown genus and species of carcharodontosaur which they named Siamraptor suwati.

Phylogenetic analysis indicates that Siamraptor is a basal member of the carcharodontosaurs, meaning it represents a very early evolutionary split from the rest of the group. It is also the first definitive carcharodontosaur known from Southeast Asia, and combined with similarly-aged finds from Europe and Africa, it reveals that this group of dinosaurs had already spread to three continents by the Early Cretaceous.