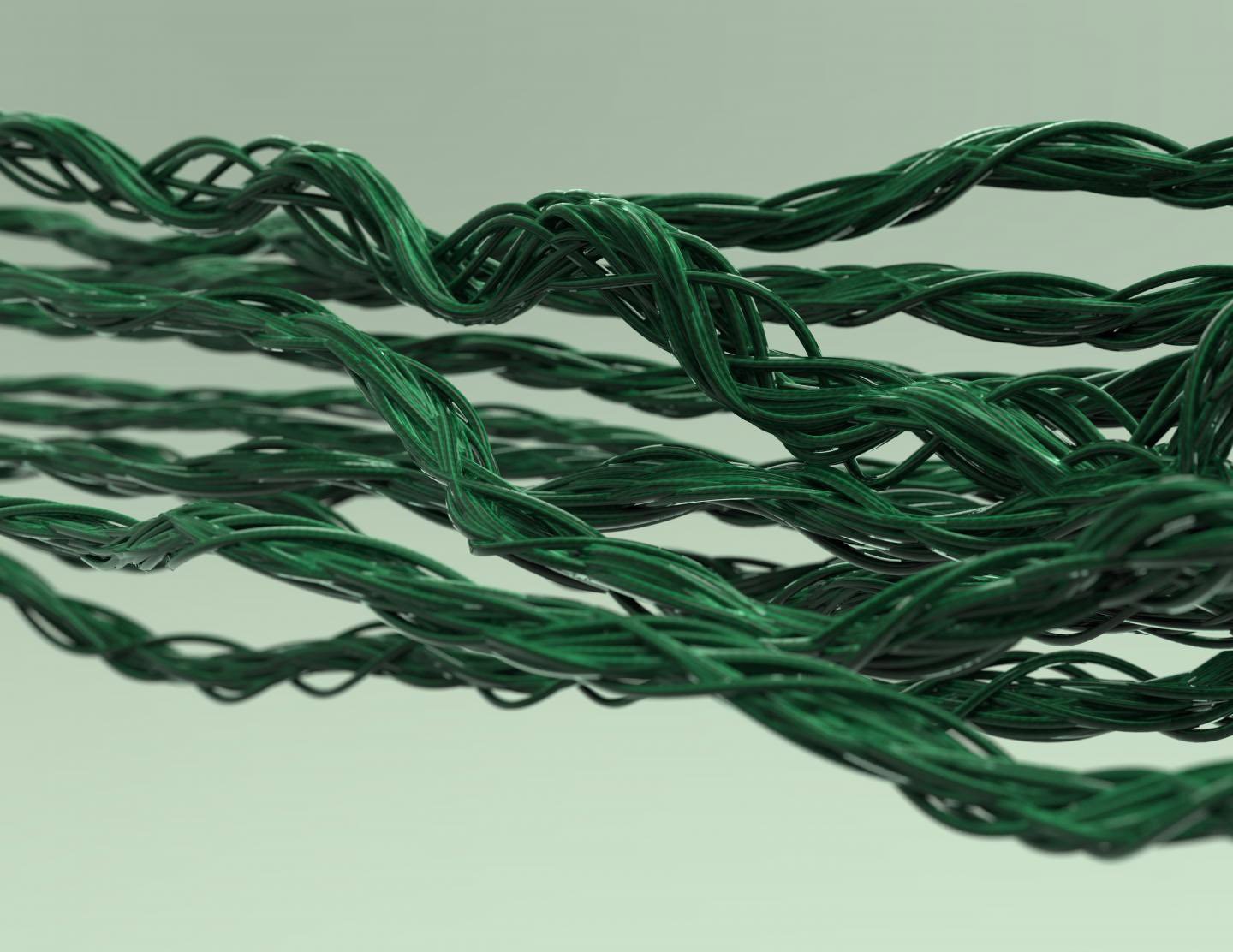 To seamlessly integrate electronics with the natural world, materials are needed that are both stretchable and degradable — for example, flexible medical devices that conform to the surfaces of internal organs, but that dissolve and disappear when no longer needed. However, introducing these properties to electronics has been challenging. Now, researchers reporting in ACS Central Science have developed stretchable, degradable semiconductors that could someday find applications in health and environmental monitoring.

Semiconductors, which are essential components of almost all computers and electronic devices, have properties somewhere between conductors and resistors. Most semiconductors are currently made of silicon or other rigid inorganic materials. Scientists have tried making flexible, degradable semiconductors using different approaches, but the products either didn’t break down completely or had reduced electrical performance when stretched. Zhenan Bao and colleagues wanted to see if they could solve these problems by combining a rubbery organic polymer with a semiconducting one.

To make their new material, the researchers synthesized and mixed the two degradable polymers, which self-assembled into semiconducting nanofibers embedded in an elastic matrix. Thin films made of these fibers could be stretched to twice their normal length without cracking or compromising electrical performance. When placed in a weak acid, the new material degraded completely within 10 days, but it would likely take much longer in the human body, Bao says. The semiconductor was also non-toxic to human cells growing on the material in a petri dish. According to the researchers, this is the first example of a material that simultaneously possesses the three qualities of semiconductivity, intrinsic stretchability and full degradability.