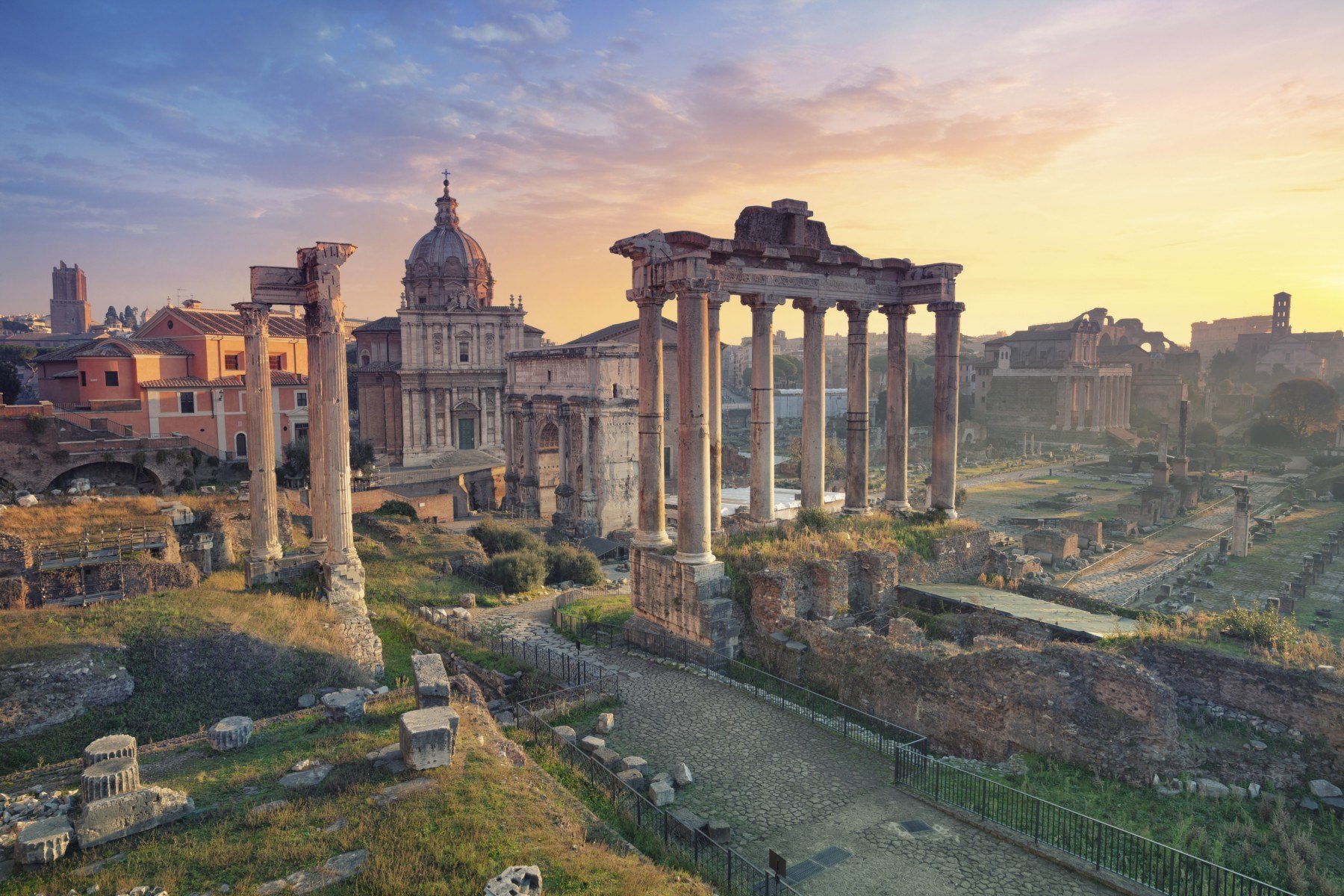 Scholars have been studying Rome for hundreds of years, but it still holds some secrets – for instance, relatively little is known about the ancestral origins of the city’s denizens. Now, an international team led by researchers from Stanford University, the University of Vienna and Sapienza University of Rome is filling in the gaps with a genetic history that shows just how much the Eternal City’s populace mirrored its sometimes tumultuous history.

The study, published Nov. 8 in Science, focuses on the ancient DNA of individuals from Rome and adjacent regions in Italy. Those genetic data reveal at least two major migrations into Rome, as well as several smaller but significant population shifts over just the last few thousand years, according to Jonathan Pritchard, a professor of genetics and biology and one of the paper’s senior authors.

Notably, DNA analysis revealed that as the Roman Empire expanded around the Mediterranean Sea, immigrants from the Near East, Europe and North Africa pulled up their roots and moved to Rome. This significantly changed the face of one of the ancient world’s first great cities, said Pritchard, who is also a member of Stanford Bio-X.

“This study shows how dynamic the past really is,” said Hannah Moots, a graduate student in anthropology and co-lead author on the new study. “In Rome we’re seeing people come from all over, in ways that correspond with historical political events.”

In the last decade or so, an increasing number of studies have used DNA sampled from ancient skeletons to fill in important details of human history. Rome presented an interesting opportunity to use the same ancient DNA techniques to fill in details left out of the historical record. “The historical and archaeological records tell us a great deal about political history and contacts of different kinds with different places – trade and slavery, for example – but those records provide limited information about the genetic makeup of the population,” Pritchard said.

To find out what that makeup looked like, the Stanford team partnered with a host of European researchers, including senior authors Alfredo Coppa, a professor of physical anthropology at Sapienza University, and Ron Pinhasi, an associate professor of evolutionary anthropology at the University of Vienna, to gather 127 human DNA samples from 29 sites in and around Rome dating from between the Stone Age and medieval times.

An analysis of some of the earliest samples more or less comports with what has been found around Europe – they represent an influx of farmers primarily descended from early agriculturalists from Turkey and Iran around 8,000 years ago, followed by a shift toward ancestry from the Ukrainian steppe somewhere between 5,000 and 3,000 years ago. By the founding of Rome, traditionally dated to 753 BCE, the city’s population had grown in diversity and resembled modern European and Mediterranean peoples.

Republic, empire and beyond

But for Pritchard, Moots and co-first authors Margaret Antonio, a graduate student in biomedical informatics, and Ziyue Gao, a postdoctoral fellow in Pritchard’s lab, the most interesting parts were yet to come. Although Rome began as a humble city-state, within 800 years it had gained control over an empire extending as far west as Britain, south into North Africa and east into Syria, Jordan and Iraq.

As the empire expanded, contemporary accounts and archaeological evidence indicate there were tight connections between Rome and other parts of its domain built through trade, military campaigns, new roads and slavery – and the genetic history corroborates but also complicates the story. There was a massive shift in Roman residents’ ancestry, the researchers found, but that ancestry came primarily from the Eastern Mediterranean and Near East, possibly because of denser populations there relative to the Roman Empire’s western reaches in Europe and Africa.

The next several centuries were full of turmoil: the empire split in two, diseases decimated Rome’s population and a series of invasions befell the city. Those events left a mark on the city’s population, which shifted toward western European ancestry. Later, the rise and reign of the Holy Roman Empire brought an influx of central and northern European ancestry.

Migration is nothing new

The lesson, Pritchard said, is that the ancient world was perpetually in flux, both in terms of culture and of ancestry. “It was surprising to us how rapidly the population ancestry shifted, over timescales of just a few centuries, reflecting Rome’s shifting political alliances over time,” Pritchard said. “Another striking aspect was how cosmopolitan the population of Rome was, starting more than 2,000 years ago and continuing through the rise and dissolution of the empire. Even in antiquity, Rome was a melting pot of different cultures.”

In future studies, the researchers hope to expand the geographic range of ancient DNA they can sample. Among other things, that would allow them to say with more certainty how ancient populations mixed and moved around. In the long run, they’re also hoping to study more than ancestry and migration. For example, the group also plans to study the evolution of traits like height, lactose tolerance and resistance to diseases such as malaria that may have changed over time, Moots said.