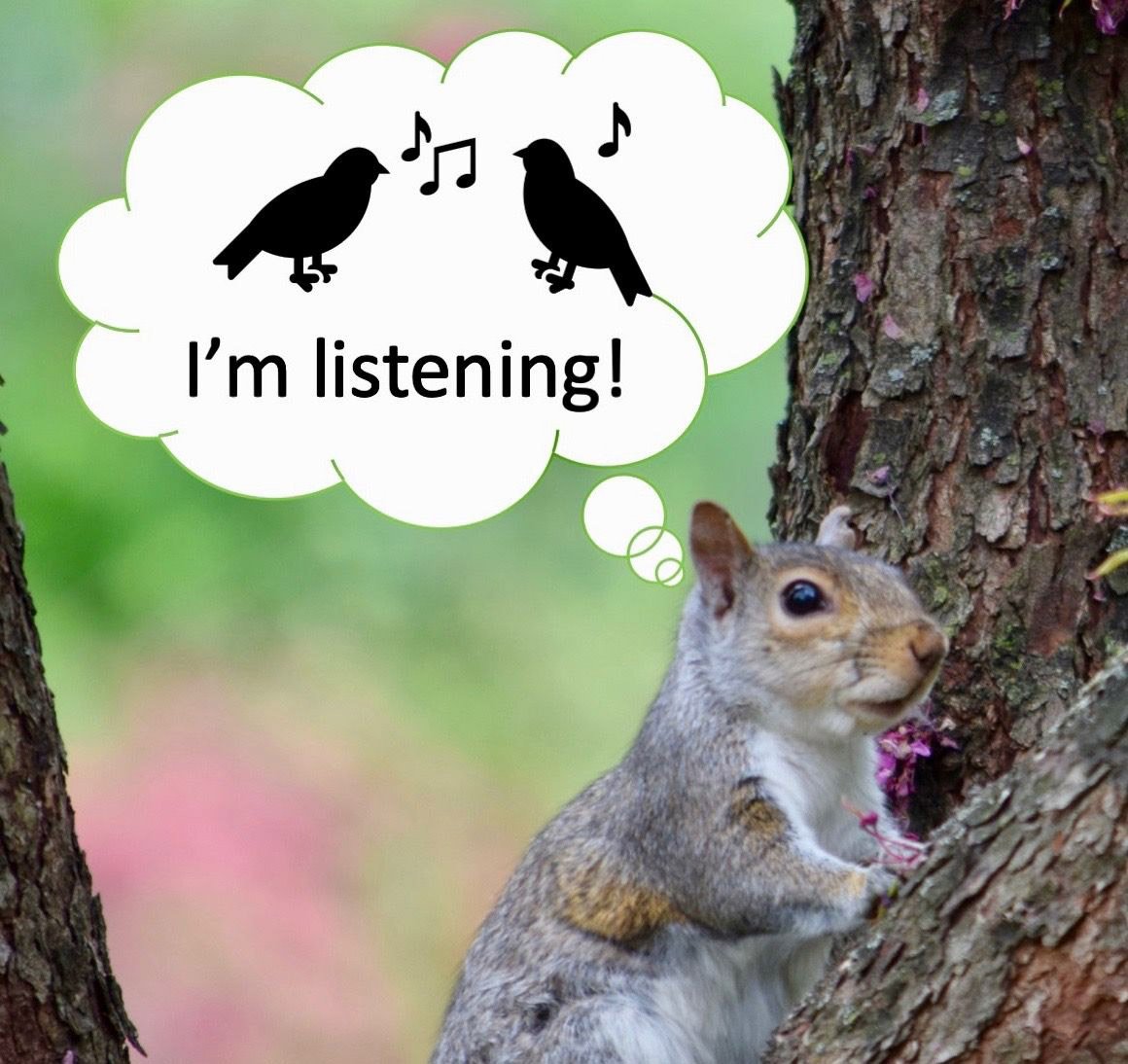 Hearing casual chatter of birds after predator call reassures squirrels to come off high alert when they feel safe to communicate the absence of danger or share their location.

To test this hypothesis, the researchers observed the behavior of 54 wild Eastern gray squirrels (Sciurus carolinensis) in public parks and residential areas in Ohio in response to threat, which they simulated by playing back a recording of the call of a red-tailed hawk (Buteo jamaicensis), a common predator of both squirrels and small birds. They followed the predator’s call with a playback of either multi-species songbird bird chatter or ambient sounds lacking bird calls and monitored the behavior of each squirrel for 3 minutes.

The researchers found that all squirrels showed an increase in predator vigilance behaviors, such as freezing, looking up, or fleeing, after they heard the hawk’s call. However, squirrels that were played bird chatter afterwards performed fewer vigilance behaviors and returned to normal levels of watchfulness more quickly than squirrels that did not hear bird calls after the hawk’s call. This suggests that the squirrels are able to tap into the casual chatter of many bird species as an indicator of safety, allowing them to quickly return to getting on with normal behaviors like foraging rather than remaining on high alert after a threat has passed.

The authors add: “We knew that squirrels eavesdropped on the alarm calls of some bird species, but we were excited to find that they also eavesdrop on non-alarm sounds that indicate the birds feel relatively safe. Perhaps in some circumstances, cues of safety could be as important as cues of danger.”