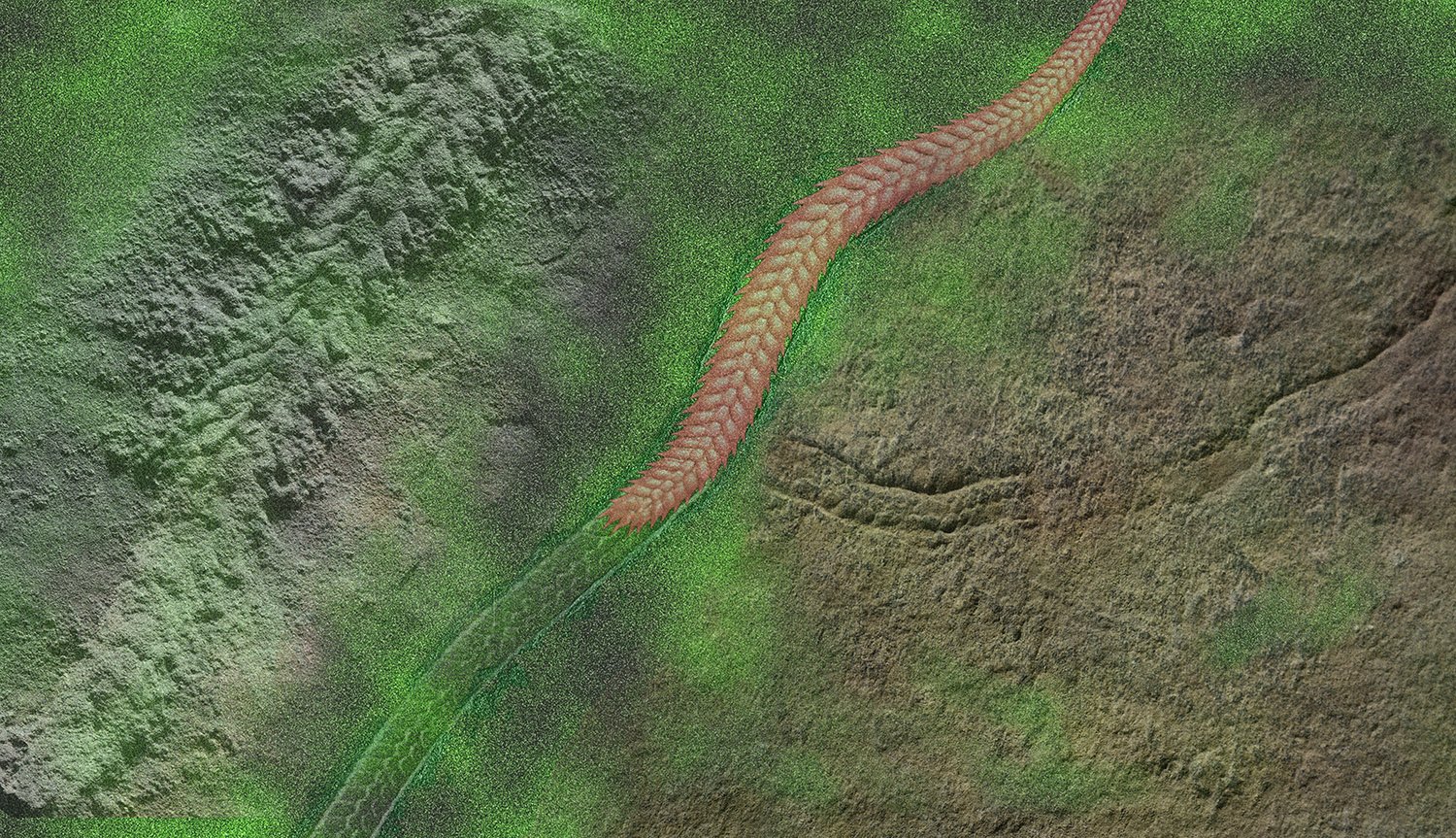 The death march of a segmented bilaterian animal unearthed from ~550-million-year-old rocks in China shows that the oldest mobile and segmented animals evolved by the Ediacaran Period (635-539 million years ago). The research was published in Natureon Sept. 4 by an international research team from China and the U.S.

The origin of bilaterally symmetric animals (or bilaterians) with a segmented body plan is a monumental event in early animal evolution. Although scientists have estimated, on the basis of molecular clock analyses, that mobile and segmented bilaterians evolved in the Ediacaran Period, no convincing fossil evidence had been found to substantiate these estimates.

Recently, however, an international research team from the Nanjing Institute of Geology and Palaeontology of the Chinese Academy of Sciences and Virginia Tech in the United States reported the discovery of a segmented bilaterian fossil preserved in ~550-million-year-old rocks in China.

What makes this fossil unusual is that it is directly connected with a trail it made. The new fossil indicates that mobile and segmented animals evolved by the terminal Ediacaran Period. It also helps scientists understand the producers of Ediacaran trace fossils, since such fossils are often not preserved with their trace makers.

The new fossil species, found in the terminal Ediacaran Shibantan Formation of the Dengying Formation in the Yangtze Gorges area, is Yilingia spiciformis. It is an elongate and segmented bilaterian with repetitive and trilobate body units, which show anteroposterior and dorsoventral differentiation.

As one of the few Ediacaran animals demonstrably capable of producing long and continuous trails, Yilingia spiciformis sheds new light on the origin of segmentation and its possible relationship with animal motility. The emergence of motile animals had a profound environmental and ecological impact on Earth surface systems and ultimately led to the Cambrian substrate and agronomic revolutions.