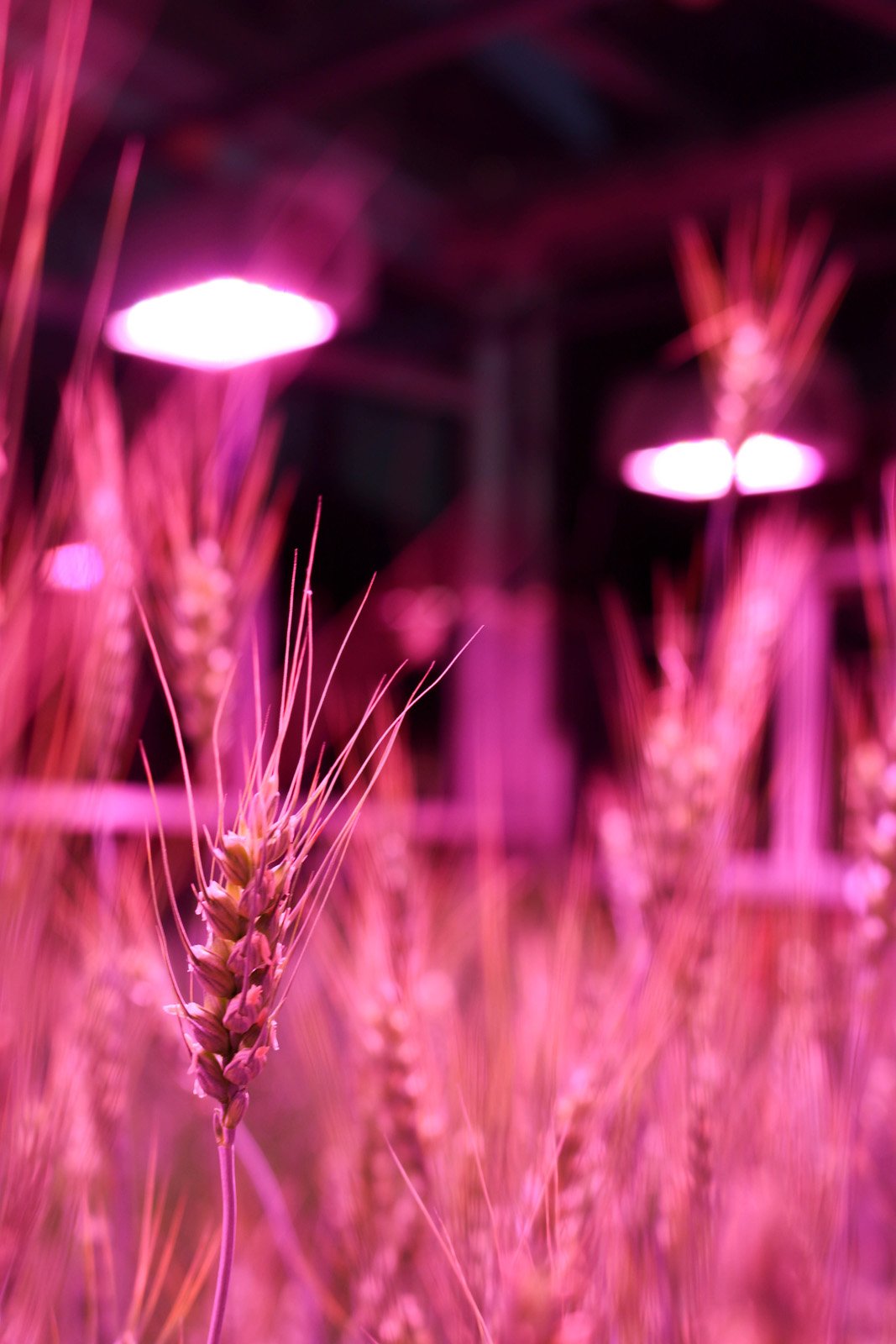 While a host of fascinating innovations are primed to change the face of agriculture, there remains a stubborn limiting factor for plant breeding. This is the long generation times of crops that allow only one or two generations per year. Unless this changes it is unlikely that we will be able to feed the 10 billion people who will be sharing the planet by 2050.

This roadblock to progress has been alleviated by speed breeding protocols developed by research teams at the John Innes Centre and the University of Queensland.

The technique, first used by NASA to grow crops in space, uses extended day-length, enhanced LED lighting and controlled temperatures to reduce generation times in spring wheat, barley chickpea and canola by more than one half. Intensive work is going on to reduce this time further.

A review published in the journal Nature Biotechnology outlines continuing efforts to harness speed breeding to a raft of crop technology innovations required to meet the 2050 challenge.

“What this paper shows is that speed breeding can be used with advanced breeding technologies, like genomics, to supercharge plant breeding and the development of more productive and robust crops for the future,” the paper’s lead author, Dr Lee Hickey, from the University of Queensland said.

Dr Brande Wulff, a crop researcher at the John Innes Centre and an author of the review says: “It’s been amazing to see the impact of speed breeding with pictures appearing all over the world of this technology; but there is much more to come. So far, we have mainly experimented with one parameter, light, there are many more things we could do.”

This involves using hydroponic culture which gives plant roots quicker access to nutrients and oxygen. A carbon dioxide-enriched atmosphere is also under investigation and one of the most productive areas of research is likely to be temperature.

“Plants respond incredibly well to elevated temperatures and grow faster but there are certain periods in plant development where that could be too much of a good thing,” says Amber Hafeez a PhD student at the John Innes Centre and an author on the paper.

These are some of the refinements that research into speed breeding is likely to develop over the coming years.

The hope for Dr Wulff’s team and colleagues at the University of Queensland is that with such adjustments the generation time of wheat for example could come down much further still when grown in controlled environments. This means that genetic improvements can be fast tracked and improved crops trialled in the field.

In wider focus the 10 billion challenge may also mean taking some crops out of the field and growing them in more easily controlled conditions such as vertical farms, incorporating some of the features of speed breeding on a broader scale of crop production.

“There are a lot of advantages to growing crops indoors” says Dr Wulff. “You can keep them clean, pesticide free and you have greater control over when you grow them so you have a constant supply. You can grow crops closer to where you want to consume thus reducing the food miles. You can also cram many more crops into a smaller place.”

One of the major constraints on vertical farming is that it involves using a lot of electricity to supply the plants with light and pump out the excess heat generated.

Innovations that are already in the pipeline include evaporative cooling systems that use sea water. Another is laser lighting which beams light onto the plants from outside the cabinet. This avoids the necessity of pumping heat out of the cabinet, one of the major operating costs when growing plants indoors for crop research, breeding and production.

On a research scale a team from the John Innes Centre alongside colleagues at Quadram Biosciences Institute and Earlham Institute have developed a low-cost bench-top version of a speed breeding cabinet.

This innovation published in the journal Nature Protocols last year has led to requests from around the world from researchers who want to implement the same method.

The team responsible for the innovation have also received recognition, winning a place among the finalists of the BBSRC Innovator of the Year Competition.

“This has democratised the technology by bringing it within the scope of people with lower budgets who cannot go out and spend £150,000 on a growth chamber. We’ve shared the protocols online and the parts are readily affordable. It’s helped to make the technology more democratic,” says Dr Wulff.

The team highlight that speed breeding combines well with a range of other developing technologies. These include speed gene cloning a technique developed by Dr Wulff’s team at the John Innes Centre to rapidly scour the genomes of wild relatives of modern crops to identify disease resistance genes which can be bred into elite crops.

Then there is gene-editing, although current regulation in Europe and many other developed nations remains a roadblock to this precise genomic tool.

“I think it’s the dream of every plant breeder and scientist to see this technology implemented on a larger scale but rulings in many developed nations mean that this is restricted,” says Dr Wulff.

“The nice thing about speed breeding is that it combines well with other technologies, gene editing included. Our message is that we need to use every tool in the toolbox if we are going to breed crops that can reach that magic 10 billion target.”