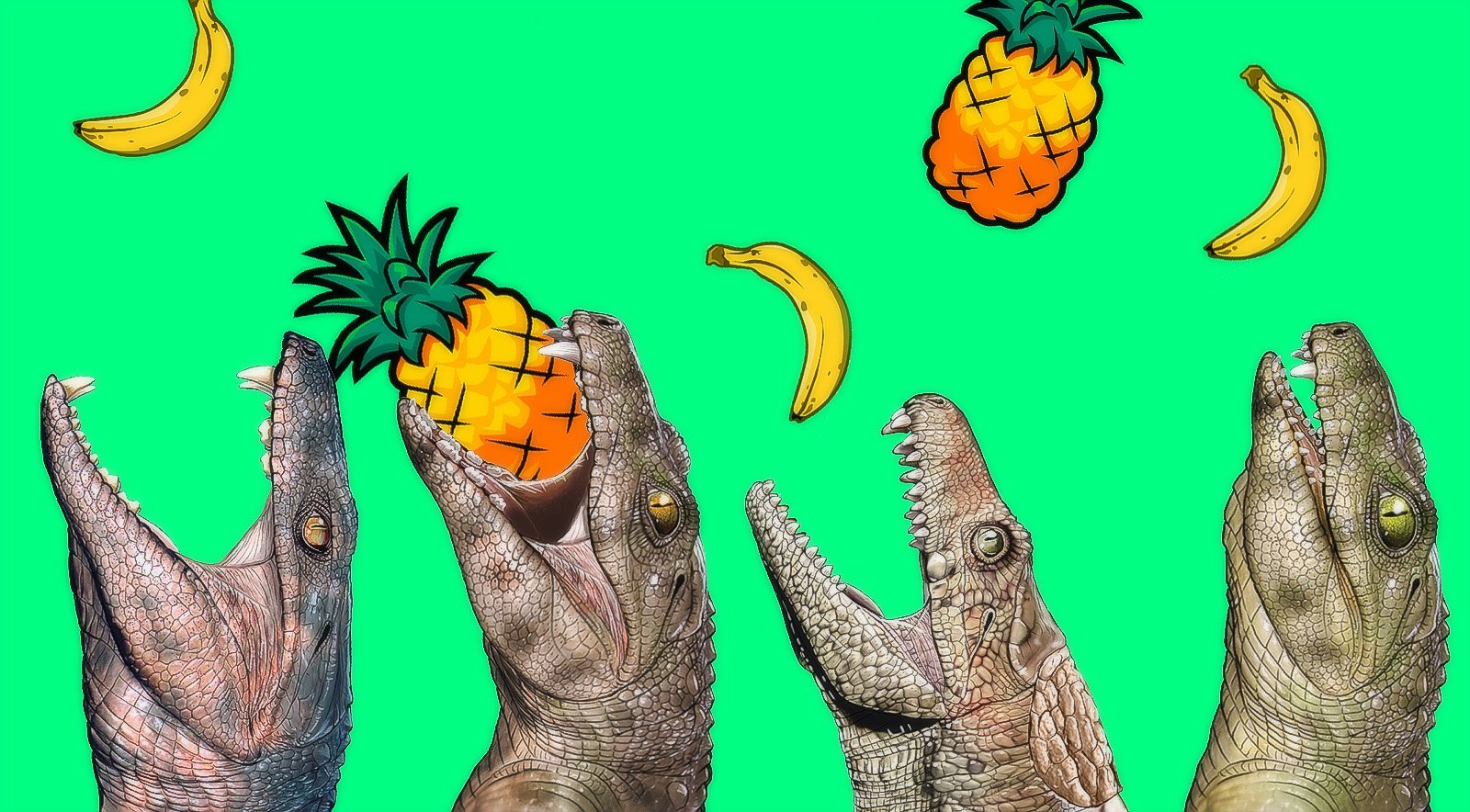 Based on careful study of fossilized teeth, scientists Keegan Melstrom and Randall Irmis at the Natural History Museum of Utah at the University of Utah have found that multiple ancient groups of crocodyliforms–the group including living and extinct relatives of crocodiles and alligators–were not the carnivores we know today, as reported in the journal Current Biology on June 27. In fact, the evidence suggests that a veggie diet arose in the distant cousins of modern crocodylians at least three times.

“The most interesting thing we discovered was how frequently it seems extinct crocodyliforms ate plants,” said Keegan Melstrom, a doctoral student at the University of Utah. “Our study indicates that complexly-shaped teeth, which we infer to indicate herbivory, appear in the extinct relatives of crocodiles at least three times and maybe as many as six.”

All living crocodylians possess a similar general body shape and ecology to match their lifestyle as semiaquatic generalist carnivores, which includes relatively simple, conical teeth. It was clear from the start of the study that extinct species showed a different pattern, including species with many specializations not seen today. One such specialization is a feature known as heterodonty: regionalized differences in tooth size or shape.

“Omnivores, organisms that eat both plant and animal material, fall somewhere in between. Part of my earlier research showed that this pattern holds in living reptiles that have teeth, such as crocodylians and lizards. So these results told us that the basic pattern between diet and teeth is found in both mammals and reptiles, despite very different tooth shapes, and is applicable to extinct reptiles.”

Using a combination of quantitative dental measurements and other morphological features, the researchers reconstructed the diets of those extinct crocodyliforms. The results show that those animals had a wider range of dental complexities and presumed dietary ecologies than had been appreciated previously.

Plant-eating crocodyliforms appeared early in the evolutionary history of the group, the researchers conclude, shortly after the end-Triassic mass extinction, and persisted until the end-Cretaceous mass extinction that killed off all dinosaurs except birds. Their analysis suggests that herbivory arose independently a minimum of three times, and possibly six times, in Mesozoic crocodyliforms.

“Our work demonstrates that extinct crocodyliforms had an incredibly varied diet,” Melstrom said. “Some were similar to living crocodylians and were primarily carnivorous, others were omnivores and still others likely specialized in plants. The herbivores lived on different continents at different times, some alongside mammals and mammal relatives, and others did not. This suggests that an herbivorous crocodyliform was successful in a variety of environments!”

Melstrom says they are continuing to reconstruct the diets of extinct crocodyliforms, including in fossilized species that are missing teeth. He also wants to understand why the extinct relatives of crocodiles diversified so radically after one mass extinction but not another, and whether dietary ecology could have played a role.