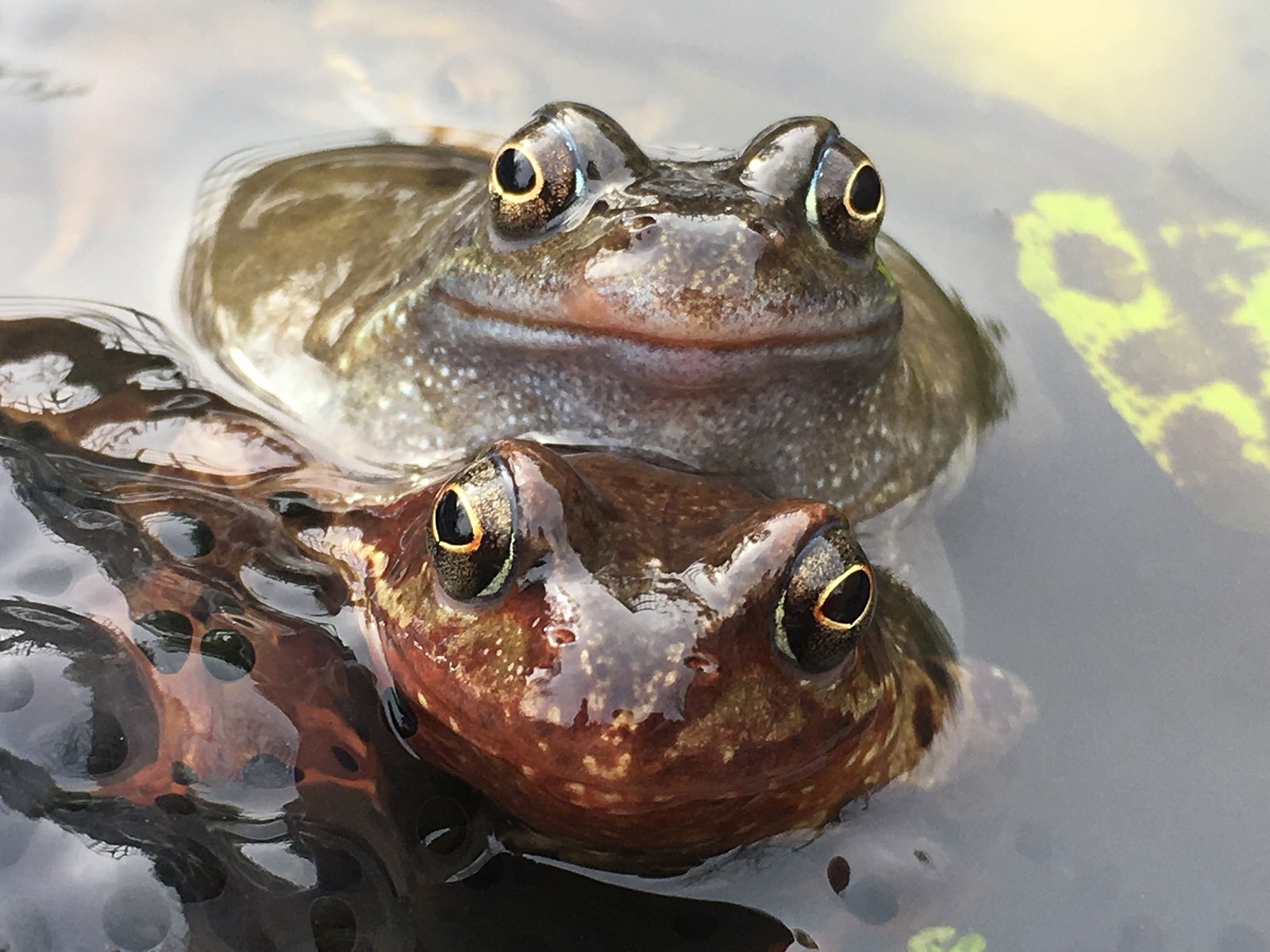 Ranavirus kills large numbers of European common frogs – the species most often seen in UK ponds – and is one of many threats facing amphibians worldwide.

Scientists from the University of Exeter and ZSL’s Institute of Zoology compared the bacteria living on frogs – known as their “microbiome” – from groups with varying history of ranavirus.

They found that populations with a history of outbreaks had a “distinct” skin microbiome when compared to those where no outbreaks had occurred.

“Whether a population of frogs becomes diseased might depend on the species of bacteria living on their skin,” said Dr Lewis Campbell.

“Ranavirus is widespread, but its presence in the environment doesn’t necessarily mean frogs become diseased – there appears to be some other factor that determines this.

“The skin is often the first infection point in ranavirus, and the first stage of the disease can be skin sores.

“It’s possible that the structure of a frog’s microbiome – the mix of bacteria on its skin – can inhibit the growth and spread of the virus so it can’t reach a level that causes disease.

“While the results of our study demonstrate a clear link between the frog skin microbiome and disease, further research will be need to understand the exact mechanisms which cause this relationship to form.”

Laboratory trials will help establish whether a history of ranavirus infection causes the microbiome differences, or whether these are pre-existing differences that predispose some populations to infection.

Even though amphibians can partially “curate” their microbiome by producing proteins that benefit specific bacteria, they are limited to those bacteria which are available in their environment.

Ranavirus can wipe out entire common frog populations and, though the new findings need further investigation, the researchers hope their work could help the species.

Dr Xavier Harrison said: “There’s growing evidence that skin bacteria may protect amphibians from lethal pathogens such as chytrid fungus, and that we can develop cocktails of probiotic bacteria to prevent vulnerable individuals from contracting disease.

“Our work suggests that given enough effort and research, similar probiotic therapies may be effective against ranavirus.”