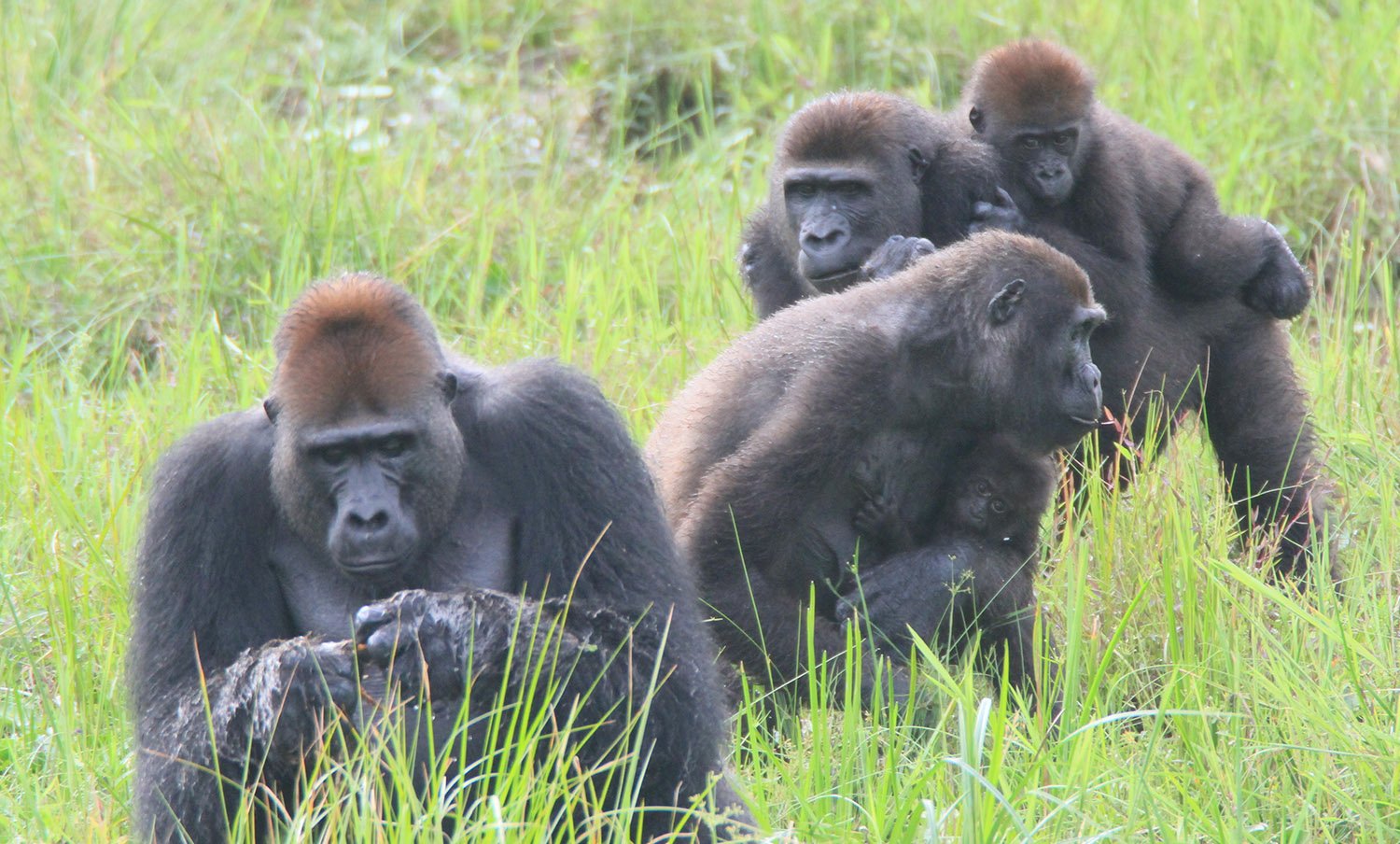 In western lowland gorillas, groups consist of several females and only one adult male, the silverback. With his impressive body size, he protects his group against predators and other adult males. Females rely on this protection and never travel alone, however they may change groups multiple times during their lives.

“Female gorillas seem to have different strategies when it comes to reproduction and transfer”, says Marie Manguette, first author of the study. “We have observed females transferring to another group after every weaned offspring and therefore up to six times in their lives, while others have stayed and bred with the same male for 20 years.”

Manguette and her colleagues found that a high percentage of infants die if they are born when the male is old and has reached the end of his reproductive years.

“When a silverback dies, all females leave to join a new male”, says Manguette. “If at that point a female has a suckling infant, the new silverback will most likely kill it to breed with the female right away and raise his own offspring.”

Female lowland gorillas can prevent this from happening by transferring to a new group right after her offspring stops suckling, leaving the infant behind with its father.

Yet when females leave to join another male, they have longer intervals between births and hence fewer births over their lifetime. These delays can be substantial: females that transferred four times during their life took approximately ten years longer to produce a surviving offspring compared to females that never transferred.

“Given the high costs of transfer, a female finds herself in a dilemma when she is with an older male: does she stay, breed with him again and risk losing the infant if he dies, or does she leave and suffer the reproductive costs”, says Manguette.

The study shows that females suffer the highest cost if they lose an offspring.

“Therefore females should leave a male if they fear he is weak and will not survive long enough for her to carry and wean a new infant.”

Yet how do females know when to leave?

“Many females leave a male long before he dies, suggesting that they may be able to determine when he is getting weaker, potentially using the outcome of aggressive displays between males when they meet as a hint”, says Manguette. “Whether females really leave an old male to transfer to a younger and stronger male still remains to be determined, but our results suggest that they should.”

The authors further emphasize the importance of long-term studies for the understanding of slow reproducing species such as gorillas. The information they provide on the live and behavior of gorillas is desperately needed to improve conservation efforts for this threatened species.

“We need to do whatever it takes to protect these endangered animals in their natural habitat before it is too late”, say the authors.

“This study of a long-term data set from wild gorillas contributes to our understanding of the costs and benefits of social living. Male and females form long term social bonds and can live together for long periods of time. This study sheds light on the mechanisms driving the grouping patterns in gorillas and the dynamic nature of their social groups, which in turn, contributes to our understanding of human sociality”, says Martha Robbins, senior author of the study.