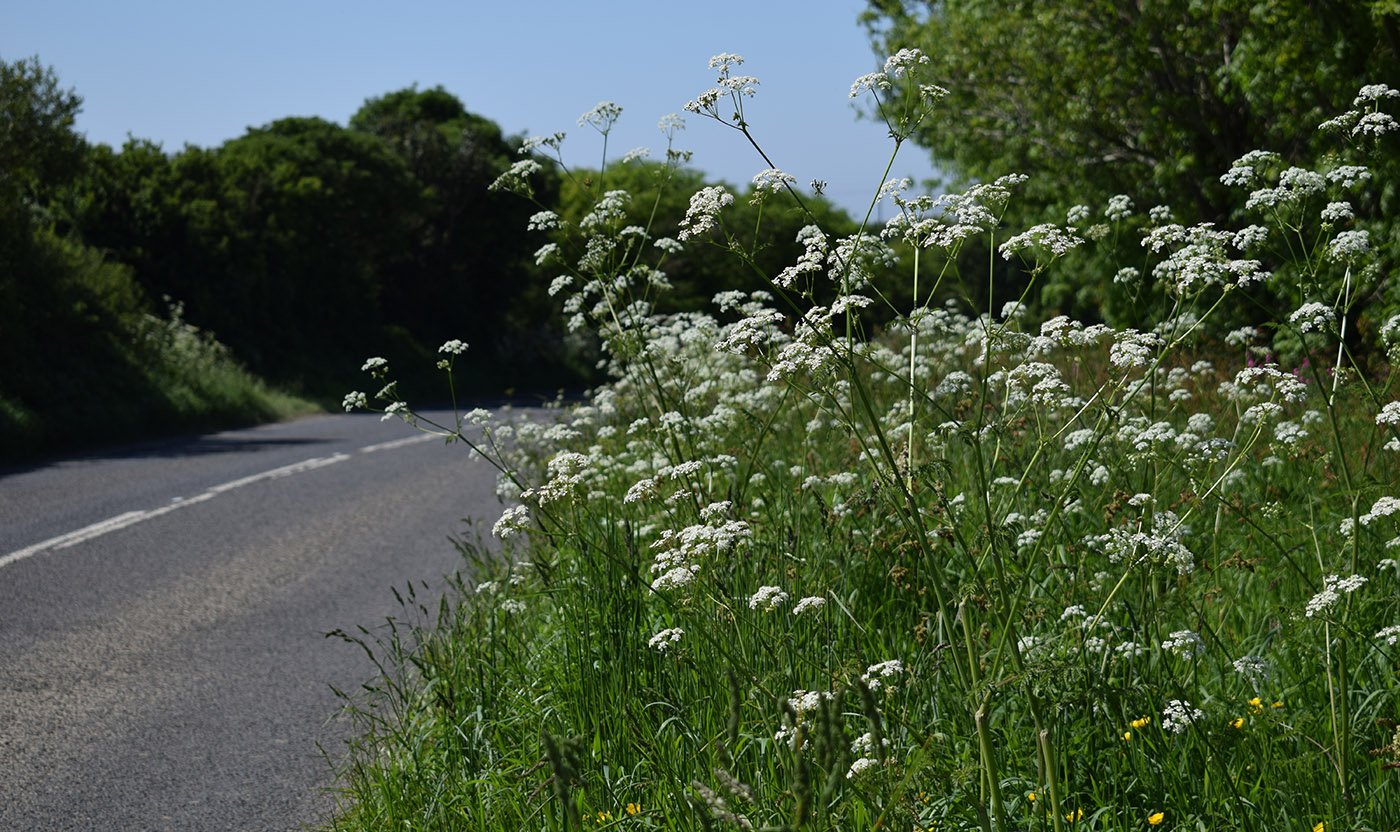 With many pollinator species in decline, the University of Exeter study shows verges can provide food and a home for pollinators such as bees, butterflies and hoverflies.

But the study emphasises that not all verges are equal. It found pollinators prefer less busy roads and areas deeper into verges.

It also found that cutting verges in summer, which removes wildflowers, makes them useless for pollinators for weeks or even months.

“Road verges can provide a fantastic home for wildflowers and pollinators, which is often lacking in our vast agricultural landscapes,” said lead author Ben Phillips, of the Environment and Sustainability Institute on Exeter’s Penryn Campus in Cornwall.

“But management is key – some road verges need to be cut for safety, but at the moment we cut far more than we need to.

“Most verges are cut in summer – the peak of flowering – but where possible they should be left until autumn, when pollinators are less active.

“Our results show that the part of the verge within two metres of the road contains the fewest pollinators.

“This is often the most important part to cut for road safety and visibility, so where possible only this part should be cut in summer.”

A campaign by conservation charity Plantlife to save wildlife on road verges includes a petition signed by more than 70,000 people.

With 97% of wildflower meadows lost since the 1930s, the new study emphasises the vital role that road verges could play in conserving pollinators and other wildlife.