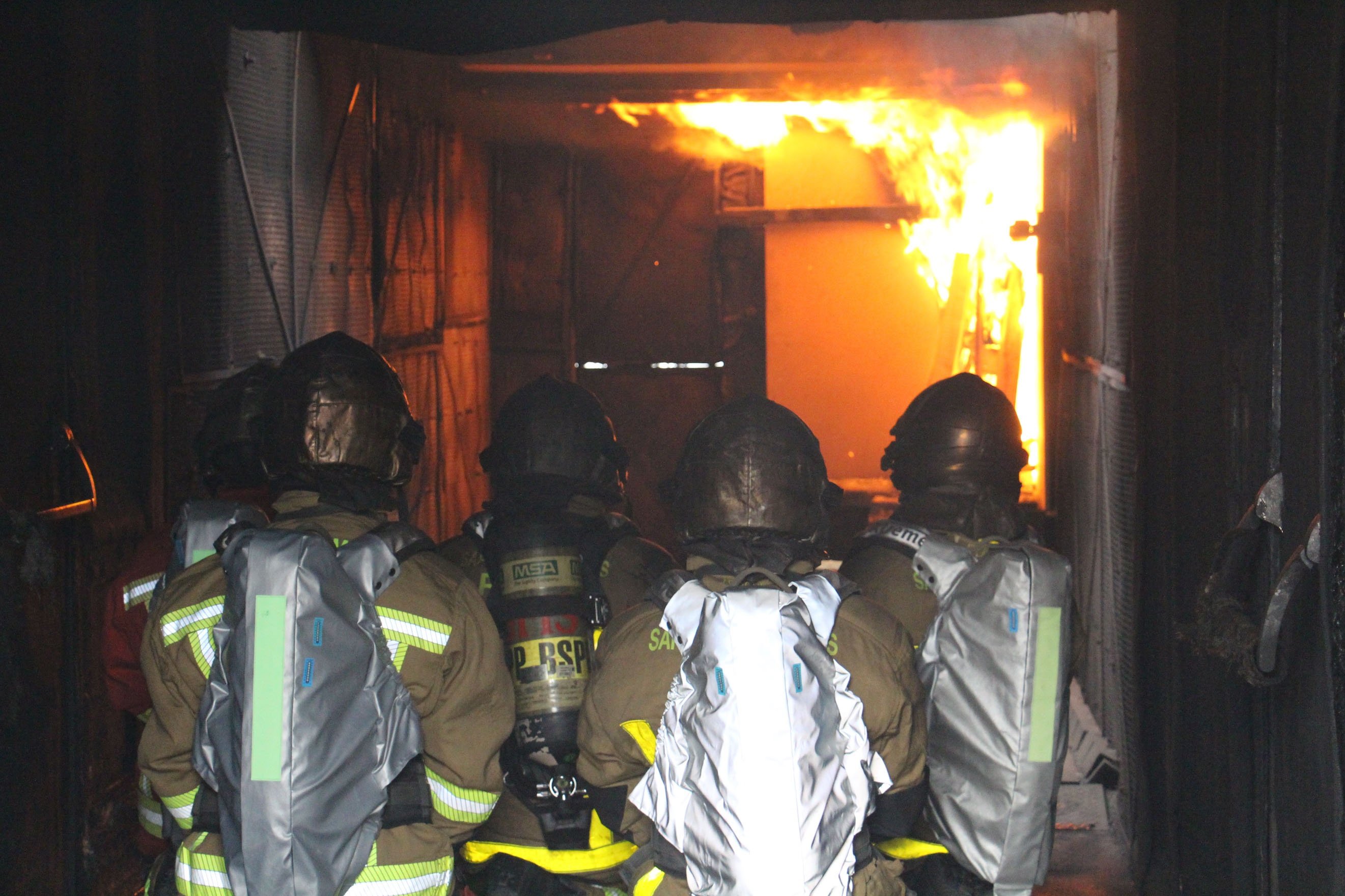 Imec, Ghent University, Brigade de Sapeurs-Pompiers de Paris, Connect Group and Sioen, today presented a prototype of new protective firefighters’ clothing with integrated temperature sensors and electronics to warn firefighters of too high ambient temperatures. The new protective sensing suit, that was developed within the framework of the Flemish I-CART project, was successfully tested at high temperatures. It should significantly reduce the number of injuries to firefighters.

“Firefighters are often exposed to extremely high temperatures during interventions,” explains Frederick Bossuyt from CMST, an imec research group at UGent, and research leader of the I-CART project. “But their heat-resistant clothing often makes it difficult for them to assess when they are at risk of being burned, resulting in second- and third-degree burns. The new suit, with built-in temperature sensors, can warn them in time.”

The concrete demand for reliable and robust protective clothing came from the Paris Fire Brigade (BSPP), the third largest brigade in the world.

Vera De Glas, R&D Engineer at Sioen and project leader for the I-CART project: ” The project distinguishes itself from previous projects in the context of Smart garments for firefighters because we focused on only one parameter, the temperature, which was studied in depth. The result is a reliable protective suit that integrates temperature sensors, an energy-efficient microprocessor, and associated electronics. When the temperature becomes too high, the firefighter receives an audible warning signal so that he can make the right decision in good time. Our suit complies with the European EN469 standard, and its operation has been successfully tested by BSPP. In addition, a “Flashover” test at 1200°C on a thermo man shows that the electronics do not pose an additional risk to the wearer.”

Frederick Bossuyt: “Based on the expertise at imec/CMST, we could develop the electronics – integrated into textile – to work accurately and reliably at high temperatures, shocks and vibrations. In addition, we developed a battery-controlled solution that is energy-efficient and cost-efficient, and safe and comfortable to wear.”

To enable textile integration, CMST/imec developed very thin sensor nodes, that communicate with the central electronic circuit via a customized conductive ribbon that was developed by Sioen. Connect Group was responsible for the hardware and the software of the system with focus on robustness, reliability and energy efficiency of the electrics. A modified coating to make the electronics resistant to possible contamination – for example, the firefighter’s sweat – and a special housing to protect the batteries against high ambient temperatures was developed by Connect Group.

It is expected that the accumulated knowledge can also be used more widely, for example for similar applications in the healthcare sector or in production environments.