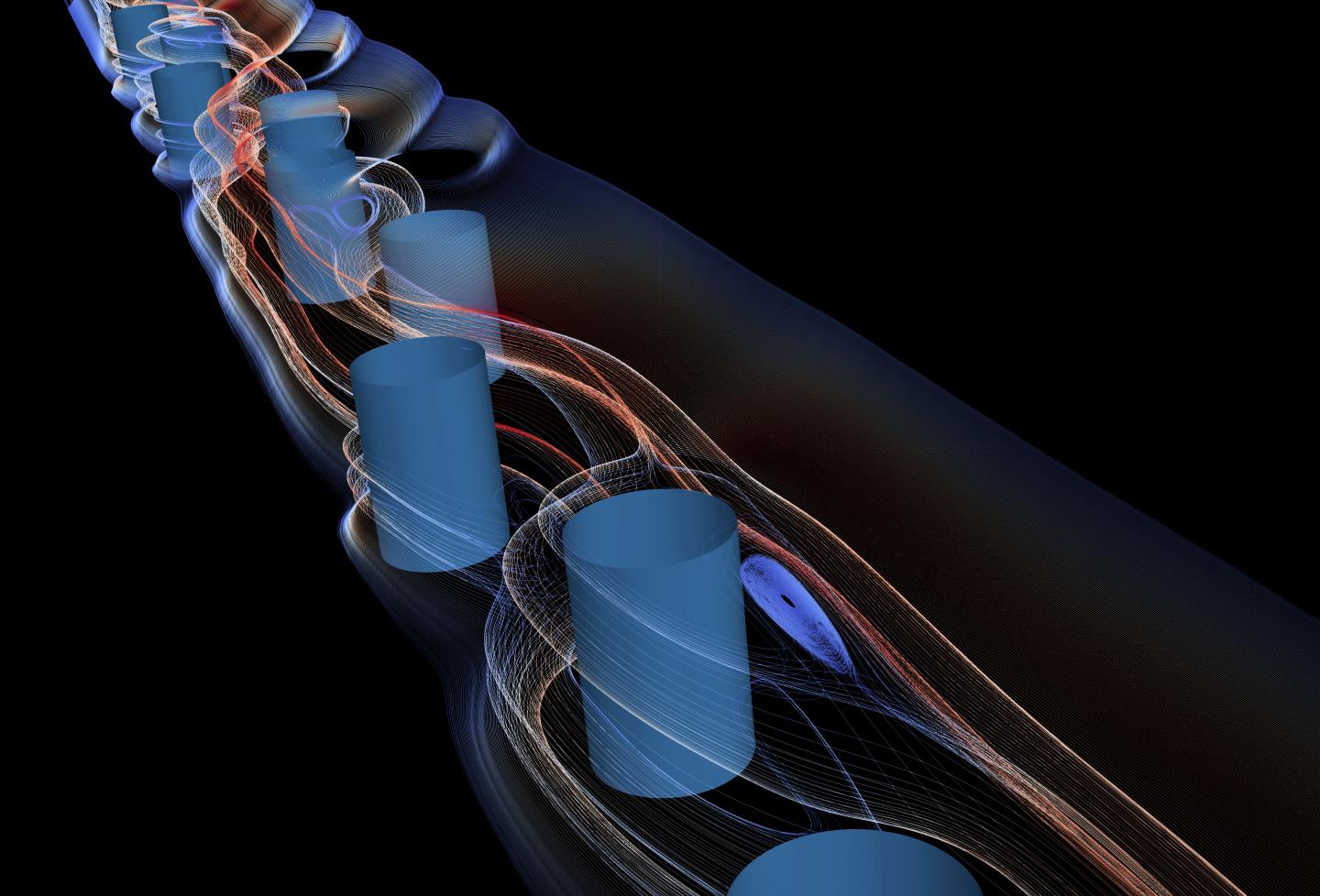 Microfluidic systems have the power to revolutionize medicine, energy, electronics and even space exploration. But the sheer size of the external equipment required for controlling these quarter-sized devices has limited their use in portable, wearable technologies.

In a recent study, the researchers discovered how to pre-program the devices’ network structures in a way that controls how fluids flow and mix throughout the micropipes. The result? A step toward smartly designed microfluidic systems that behave like a computer chip without relying on external components.

“Current microfluidic technology often requires a desktop full of equipment to operate something the size of a quarter,” said Northwestern’s Adilson Motter, senior author of the study. “We took the control that’s provided by external systems and built it into the device’s structure.”

The study was published today (Oct. 23) in the journal Nature. Motter is the Charles E. and Emma H. Morrison Professor of Physics at Northwestern’s Weinberg College of Arts and Sciences. Daniel Case, a graduate student in Motter’s lab, is the paper’s first author. The Northwestern team worked with collaborators at St. Louis University and the University of Normandy in France.

Microfluidic systems are miniaturized chemical labs formed by a network of pipes – each of which is the width of a strand of hair. These devices can be used for applications ranging from conducting small-scale experiments to performing complex medical diagnostics, drug delivery and health monitoring

The problem is that – in order to perform complicated tests and experiments – multiple fluids need to flow, mix, react, separate and switch directions all within these tiny networks. Each activity requires a pressure pump, and each pump is controlled by an external device. Researchers have struggled for the past few decades, trying – and often failing – to coax fluids to move through these networks autonomously, without needing external equipment.

“Imagine being able to pack up devices and put them on space rovers,” Case said. “You could run chemical analysis on Mars. But the burden of needing all this external equipment really restricts that possibility.”

Motter, Case and their collaborators finally designed a microfluidic network in which all mixing sequences are pre-programmed. In their design, one source of applied pressure – instead of dedicated equipment – controls the fluids within the network. By designing how much pressure is needed and the location where pressure is applied, the researchers pre-determined how the fluid flowed through the network.

The team also increased the fluid’s flow rate by removing one of the hair-like channels in the system. Case likens this to Braess’s paradox, a famous mathematical observation that removing a road from a traffic network can improve traffic flow.

“In these networks, you have fluid streams from multiple pipes that are connected,” Case said. “Fluids collide with each other at the junction, and these collisions create inefficiencies, so connections in the network introduce localized regions of congestion. When you remove the channels that create these connections, you also remove points of collision.”