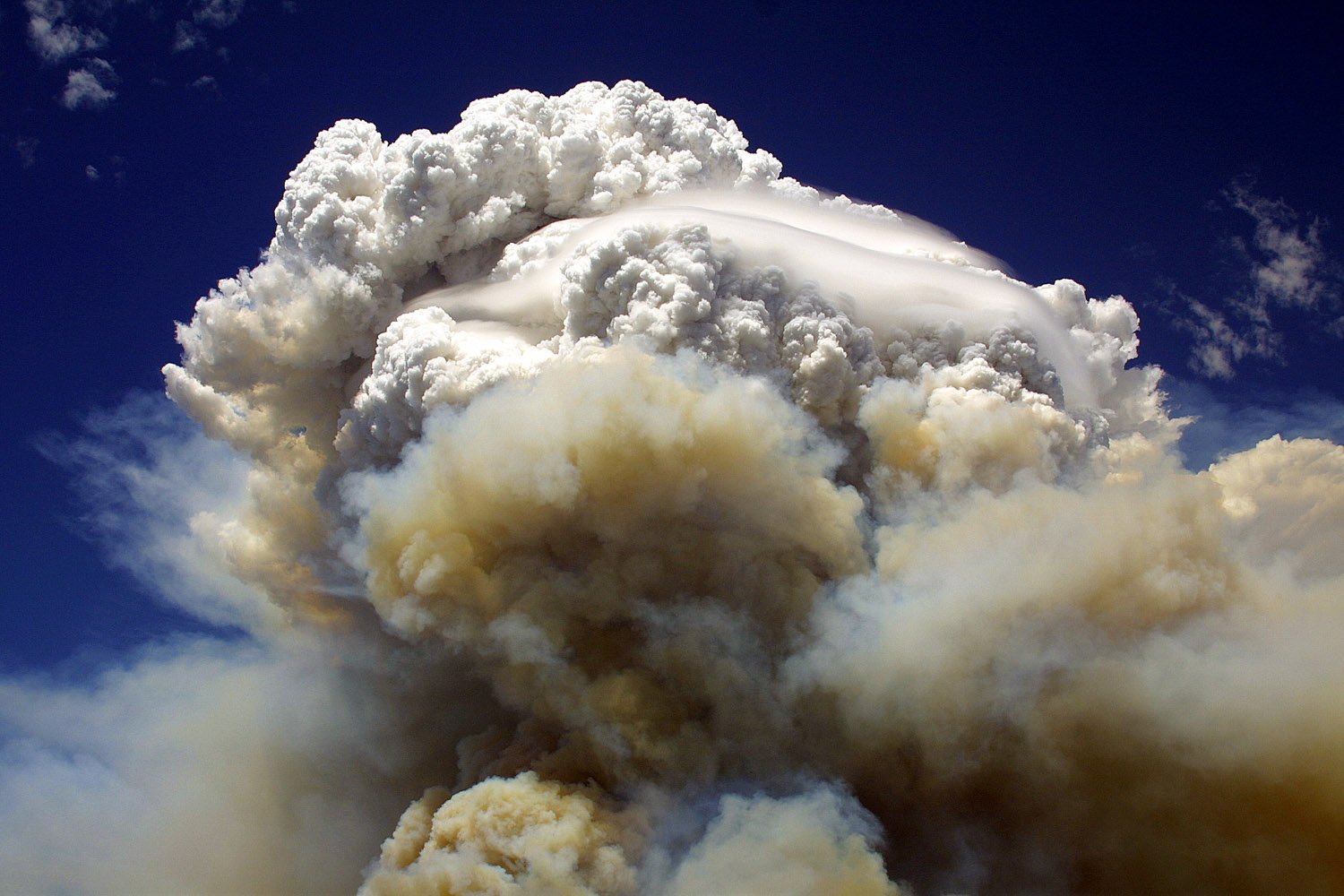 Thunderstorms generated by a group of giant wildfires in 2017 injected a small volcano’s worth of aerosol into the stratosphere, creating a smoke plume that lasted for almost nine months. CIRES and NOAA researchers studying the plume found that black carbon or soot in the smoke was key to the plume’s rapid rise: the soot absorbed solar radiation, heating the surrounding air and allowing the plume to quickly rise.

The billowing smoke clouds provided researchers with an ideal opportunity to test climate models that estimate how long the particulate cloud would persist – after achieving a maximum altitude of 23 km, the smoke plume remained in the stratosphere for many months.

These models are also important in understanding the climate effects of nuclear war or geoengineering.

“We compared observations with model calculations of the smoke plume. That helped us understand why the smoke plume rose so high and persisted so long, which can be applied to other stratospheric aerosol injections, such as from volcanoes or nuclear explosions,” said NOAA scientist Karen Rosenlof, a member of the author team that also included scientists from CU Boulder, Naval Research, Rutgers and other institutions. The findings were published today in the journal Science.’

During the summer of 2017, wildfires raged across the Pacific Northwest. On August 12 in British Columbia, a group of fires and ideal weather conditions produced five near-simultaneous towering clouds of smoke or pyrocumulonimbus clouds that lofted smoke high into the stratosphere. Within two months, the plume rose from its initial height of about 12 km up to 23 km and persisted in the atmosphere for much longer – satellites could spot it even after eight months.

“The forest fire smoke was an ideal case study for us because it was so well observed by satellites,” said lead author Pengfei Yu, a former CIRES scientist at NOAA, now at the Institute for Environment and Climate Research at Jinan University in Guangzhou, China.

Yu and his colleagues compared those observations with results from a global climate and chemistry model to get a match for how high up the smoke rose and how long it lasted in the atmosphere. With measurements of the rise rate and evolution of the smoke plume, the researchers could estimate the amount of black carbon in the smoke and how quickly the organic particulate material was destroyed in the stratosphere.

They found that the plume’s rapid rise could only be explained by the presence of black carbon or soot, which comprised about 2 percent of the total mass of the smoke. The soot absorbed solar radiation, heated the surrounding air and forced the plume high into the atmosphere.

Next, the team modeled the degradation of the smoke plume in the atmosphere. They found that to mimic the smoke’s observed rate of decay over the multi-month plume, there had to be a relatively slow loss of organic carbon (through photochemical processes) that previous nuclear winter studies had assumed to be very rapid.

“We have a better understanding of how our models represent smoke. And because we can model this process, we know we can model other aerosol-related processes in the atmosphere,” said Ru-Shan Gao, a NOAA scientist and one of the paper’s co-authors.

CU Boulder’s Brian Toon and Rutgers University’s Alan Robock, also co-authors of the new paper, are particularly interested in what the findings mean for the climate impacts of nuclear explosions, which include a severe cooling impact dubbed “nuclear winter.” In modeling the climate impacts of nuclear war, Toon, Robock and others have long expected that massive fires would create smoke plumes that could also be lofted well up into the stratosphere.

“While the rise of the smoke was predicted in the 1980s, the 2017 fire in British Columbia is the first time it has been observed,” Toon said.

“It was exciting to get confirmation,” Robock added.

Moreover, the detailed observations made during the 2017 fire – such as the somewhat longer-than-expected persistence of organic matter – are fueling more modeling, the two noted. It’s possible that the cooling impacts of a nuclear winter could last somewhat less long than models have predicted to date, Toon said, but work is ongoing.