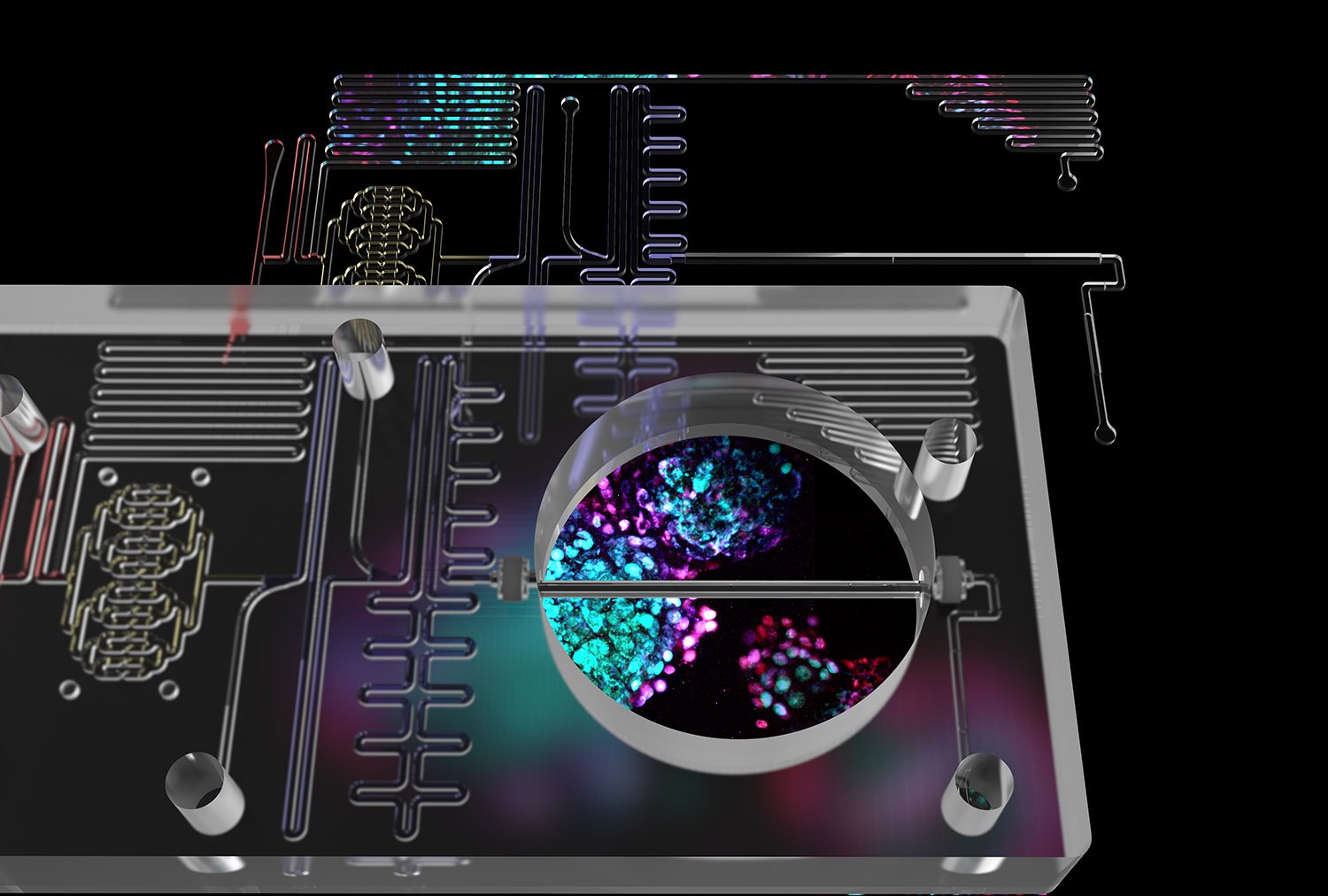 By combining two powerful technologies, scientists are taking diabetes research to a whole new level. In a study led by Harvard University’s Kevin Kit Parker, microfluidics and human, insulin-producing beta cells have been integrated in an “Islet-on-a-Chip”. The new device makes it easier for scientists to screen insulin-producing cells before transplanting them into a patient, test insulin-stimulating compounds, and study the fundamental biology of diabetes.

The design of the Islet-on-a-Chip was inspired by the human pancreas, in which islands of cells (“islets”) receive a continuous stream of information about glucose levels from the bloodstream, and adjust their insulin production as needed.

“If we want to cure diabetes, we have to restore a person’s own ability to make and deliver insulin,” explained Douglas Melton, Xander University Professor of Stem Cell and Regenerative Biology and co-director of the Harvard Stem Cell Institute (HSCI). “Beta cells, which are made in the pancreas, have the job of measuring sugar and secreting insulin, and normally they do this very well. But in diabetes patients these cells can’t function properly. Now, we can use stem cells to make healthy beta cells for them. But like all transplants, there is a lot involved in making sure that can work safely.”

Before transplanting beta cells into a patient, they must be tested to see whether they are functioning properly. The current method for doing this is based on technology from the 1970s: giving the cells glucose to elicit an insulin response, collecting samples, adding reagents, and taking measurements to see how much insulin is present in each one. The manual process takes so long to run and interpret that many clinicians give up on it altogether.

“Our device arranges islets into separate lines, delivers a pulse of glucose to each one simultaneously, and detects how much insulin is produced,” said Aaron Glieberman, co-first author on the paper and Ph.D. candidate in the Parker lab. “It couples glucose stimulation and insulin detection in the same flow path, so it can give a clinician actionable information, quickly. The design also uses materials that are amenable to larger-scale manufacturing, which means more people will be able to use it.”

“The Islet-on-a-Chip lets us monitor how donated or manufactured islet cells are releasing insulin, as cells in the body can,” said Parker, Tarr Family Professor of Bioengineering and Applied Physics at Harvard. “That means we can make serious headway towards cell therapies for diabetes. The device makes it easier to screen drugs that stimulate insulin secretion, test stem cell-derived beta cells, and study the fundamental biology of islets. There is no other quality-control technology out there that can do it as fast, and as accurately.”

Harvard’s Office of Technology Development has filed patent applications relating to this technology and is actively exploring commercialization opportunities.

“It was exciting to see our lab’s method for measuring islet function taken forward from individual cells to much bigger groups of cells, and incorporated into a device that can be used widely in the community,” said co-author Michael Roper of Florida State University, whose lab focuses on the fundamental biology of islets. “Now, we have a device that integrates glucose delivery, islet positioning and capture, reagent mixing, and insulin detection, and requires far fewer reagents. So labs can use it to do more experiments at the same cost, using a much shorter and easier process.”

“My main interest is in diabetes itself – all the adults in my family have type 2 diabetes, and that is the reason I’ve pursued science as a career,” said Benjamin Pope, co-first author of the study and postdoctoral fellow in the Parker lab. “I am really excited about seeing this technology used in diabetes research and transplantation screening, because it enables cellular therapies for diabetes.

“It’s also a beautiful integration of many different technologies,” Pope added. “The physics behind the automatic islet trapping, the microfluidics, the real-time sensor and the biochemistry that underlies it, the electronics and data acquisition components – even the software. The overall device and operation system – integrating so many things from different fields, I learned a ton in the process.”

Aside from its application to diabetes, the device has promise for use with other tissues and organs. “We can modify the core technology to sense function in a range of microphysiological systems,” added Glieberman. “With the ability to detect cell secretions continuously, we want to make it easier to explore how cells use protein signals to communicate. This technology may eventually develop new insights into dynamic metrics of health for both diagnostics and treatment.”