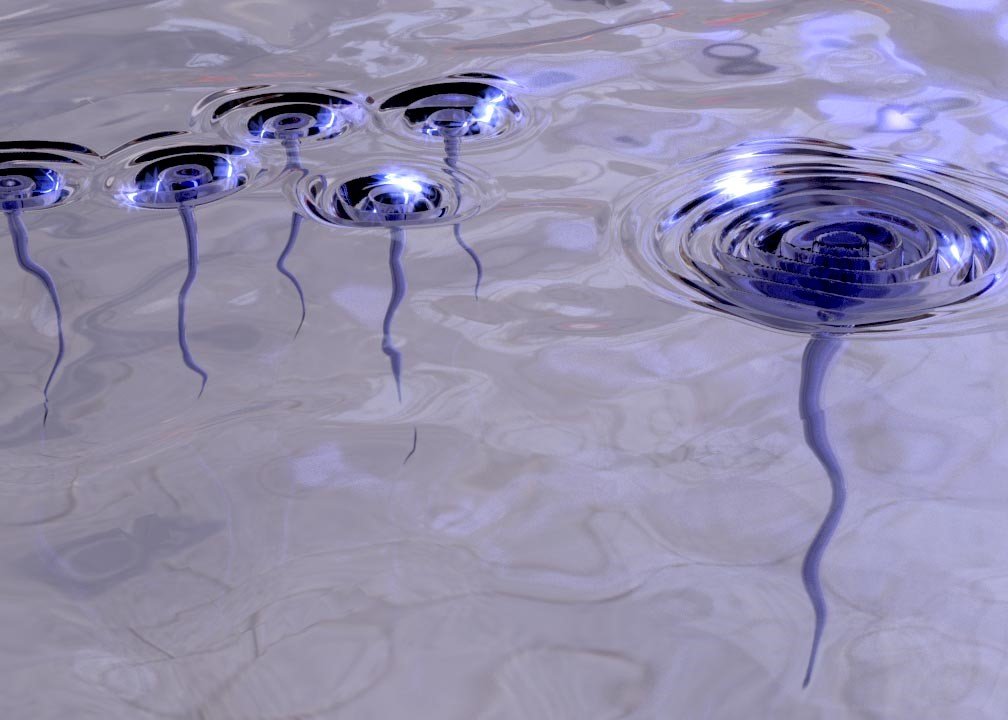 University of Queensland researchers have combined quantum liquids and silicon-chip technology to study turbulence for the first time, opening the door to new navigation technologies and improved understanding of the turbulent dynamics of cyclones and other extreme weather.

“Turbulence is often described as the oldest unsolved problem in physics,” Professor Bowen said. “Our finding allows us to observe nanoscale quantum turbulence, which mirrors the sort of behaviour you see in cyclones. This advance is enabled by the properties of quantum liquids, which are fundamentally different to everyday liquids.”

Professor Bowen said it was postulated more than 50 years ago that the turbulence problem could be simplified using quantum liquids.

“Our new technique is exciting because it allows quantum turbulence to be studied on a silicon chip for the first time,” he said.

The research also had implications in space, where quantum liquids are predicted to exist within dense astrophysical objects.

“Our research could help to explain how these objects behave,” Dr Bowen said.

“The way this occurs is thought to hinge on quantum turbulence,” Dr Sachkou said.

Dr Christopher Baker, who co-led the research, said the finding made possible silicon-chip based accelerometers with sensitivity far beyond current state of the art.

“In quantum liquids, atoms behave more like waves than particles,” Dr Baker said. “This allows us to build laser-like sensors from atoms.”

The research was a collaboration between researchers in the ARC Centre of Excellence for Engineered Quantum Systems (EQUS) and ARC Centre of Excellence in Future Low-Energy Electronic Technologies (FLEET) in Australia, and the Dodd-Walls Centre for Photonic and Quantum Technologies in New Zealand. It was supported by the United States Army Research Office and the Australian Research Council, and was published today in Science.

Watch a short video, titled Simulations of the dynamics of quantised vortices – the quantum analogue of a vortex in water or a tornado – as they interact on a silicon chip. (Credit: Dr Matthew Reeves.)

The paper, Coherent vortex dynamics in a strongly interacting superfluid on a silicon chip, is published in Science.