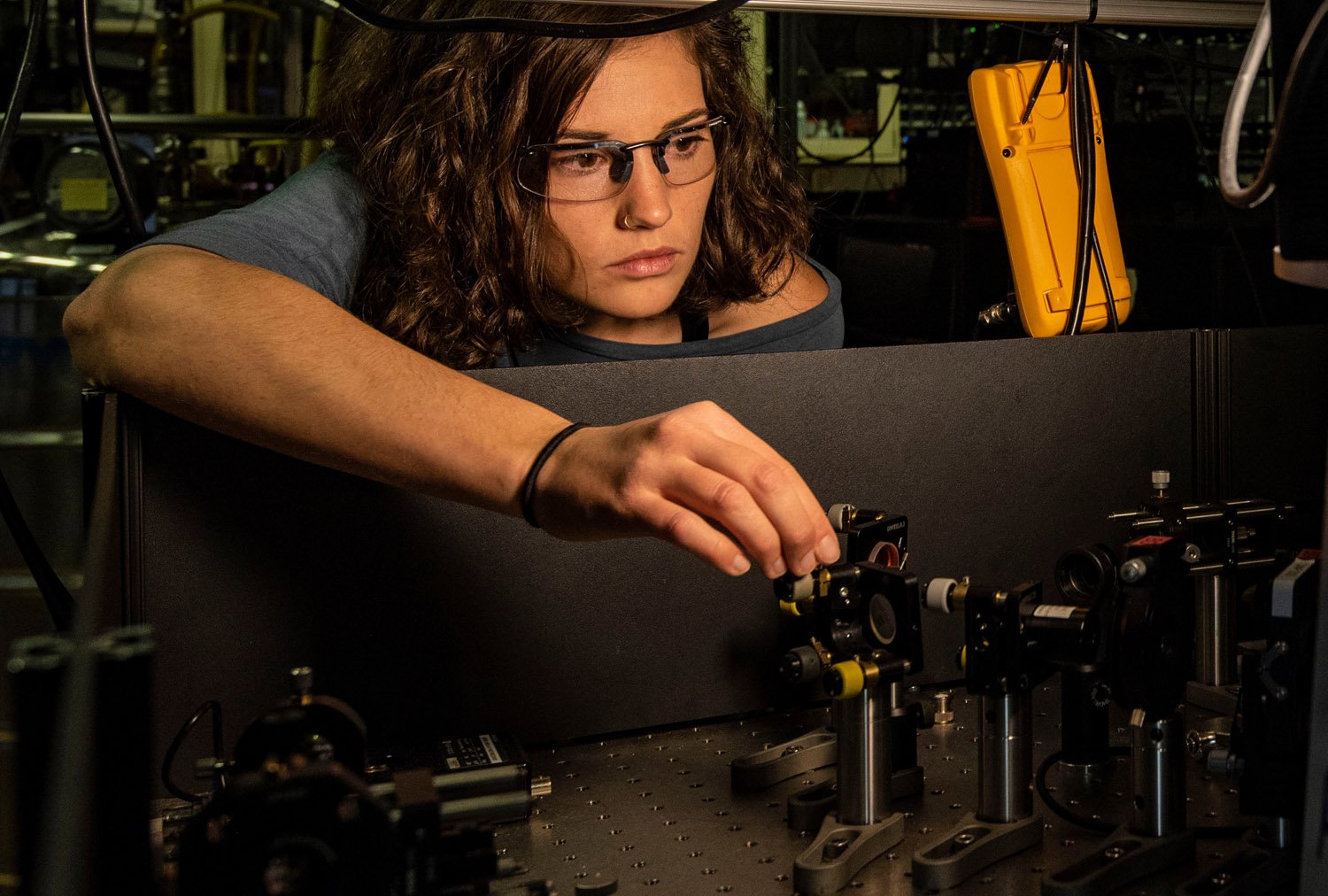 Showcasing precise control at the quantum level, physicists at the National Institute of Standards and Technology (NIST) have developed a method for making an ion (electrically charged atom) display exact quantities of quantum-level motion–any specific amount up to 100 packets of energy or “quanta,” more than five times the previous record high of 17.

Quantum mechanics, the fundamental theory of the atomic world, states that energy is released or absorbed in tiny parcels, or packets, called quanta. Atoms release light energy by radiating photons, or quanta of light. When caught in a trap by researchers, atoms’ motional energy is carried by phonons, or quanta of motion.

In addition to creating single numbers of quanta, the NIST team controlled the pendulumlike motion of their ion to simultaneously exhibit two different amounts of motional quanta: zero (minimum motion) plus any number up to 18. Such a “superposition” of two states is a hallmark of the curious quantum world.

Published online by Nature on July 22, the new methods could be used with any quantum mechanical oscillator, including systems that oscillate like a simple pendulum or vibrate like a spring. The techniques could lead to new types of quantum simulators and sensors using phonons as the carriers of information. In addition, the ability to tailor superposition states can improve quantum measurements and quantum information processing. Using the ion in a superposition as a frequency-measurement instrument more than doubled the precision compared with conventional measurements of the ion’s vibration frequency.

“We can then use the quantum state as a ruler to measure properties of a system. The more quantum control we have, the more tightly spaced the lines on the ruler are, allowing us to measure quantities more and more precisely.”

The experiments were performed with a single beryllium ion held 40 micrometers above the gold electrodes of a chilled electromagnetic trap. The new results were possible because NIST researchers were able to minimize unwanted factors such as stray electric fields that exchange energy with and disrupt the ion, McCormick said.

To add phonons to the ion, NIST researchers alternated ultraviolet laser pulses just above and below the frequency difference between two of the ions’ “spin” states, or internal energy configurations. Each pulse flipped the ion from “spin up” to “spin down” or vice versa, with each flip adding one quantum of ion rocking motion. To create superpositions, researchers applied those laser pulses to only half of the ion’s wavefunction (the wavelike pattern of the probability of the particle’s location and spin state). The other half of the wavefunction was in a third spin state that was unaffected by the laser pulses and remained motionless.

Superpositions of the ion’s motionless (or ground) state and a higher phonon number gave NIST researchers “quantum-enhanced” measurement sensitivity, or precision. They used the ion as an interferometer, an instrument that splits and merges two partial waves to create an interference pattern that can be analyzed to characterize frequency. NIST researchers used the interferometer to measure the ion’s oscillation frequency with an uncertainty smaller than is normally possible.

“In a certain abstract space that describes the position and momentum of the ion, the oscillation is represented by a rotation,” McCormick said. “We want to be able to measure this rotation very precisely. Superpositions of the ion’s ground state of motion and higher number states are a great ruler for this measurement because, in this abstract representation, they can be visualized as a wheel with spokes. These spokes can be used to determine the amount by which the state has rotated. And the higher the number state, the more spokes there are and the more precisely we can measure this rotation.”

The measurement sensitivity offered by superposition states should help characterize and reduce noise in the motion, an important source of error that researchers want to minimize in quantum information processing with trapped ions.