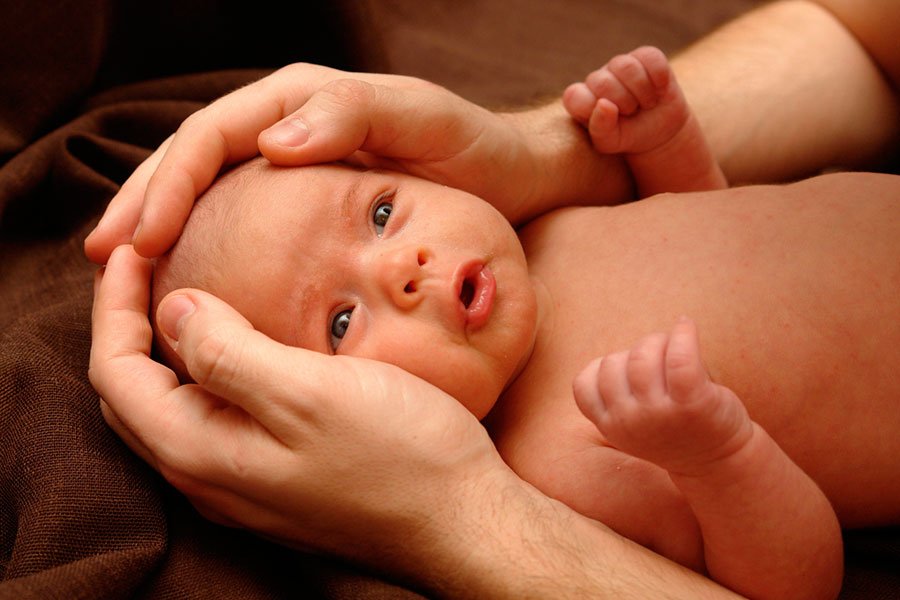 Each time a newborn baby hiccups, it triggers a large wave of brain signals which could help the baby learn how to regulate their breathing, finds a new UCL-led study.

The study, published in Clinical Neurophysiology, was based on brain scans of newborn infants.

“The reasons for why we hiccup are not entirely clear, but there may be a developmental reason, given that foetuses and newborn babies hiccup so frequently,” said the study’s lead author, research associate Kimberley Whitehead (UCL Neuroscience, Physiology & Pharmacology).

Pre-term infants are particularly prone to hiccups, as they spend an estimated 1% of their time hiccupping – roughly 15 minutes a day. Hiccups begin in the womb at just nine weeks gestational age, making them one of the earliest established patterns of activity.

The present study involved 13 newborn infants in a neonatal ward who had a bout of hiccups. The babies were pre-term and full-term, ranging from 30 to 42 weeks gestational age (equivalent), so their development could reflect what’s typical in the last trimester of pregnancy.

Brain activity was recorded with EEG (electroencephalography) electrodes placed on the scalp, while movement sensors on the infants’ torsos provided a linked record of when they were hiccupping.

The same researchers have previously suggested that babies kicking in the womb may be creating mental maps of their own bodies, and say their new findings may reflect the same process for the internal body.

The researchers found that contractions of the diaphragm muscle from a hiccup evoked a pronounced response in the brain’s cortex – two large brainwaves followed by a third. As the third brainwave is similar to that evoked by a noise, a newborn baby’s brain may be able to link the ‘hic’ sound of the hiccup with the feel of the diaphragm muscle contraction. The researchers say that postnatal processing of multi-sensory inputs is important to develop brain connections.

“The activity resulting from a hiccup may be helping the baby’s brain to learn how to monitor the breathing muscles so that eventually breathing can be voluntary controlled by moving the diaphragm up and down,” said the study’s senior author, Dr Lorenzo Fabrizi (UCL Neuroscience, Physiology & Pharmacology).

“When we are born, the circuits which process body sensations are not fully developed, so the establishment of such networks is a crucial developmental milestone for newborns,” he continued.

Kimberley Whitehead said: “Our findings have prompted us to wonder whether hiccups in adults, which appear to be mainly a nuisance, may in fact by a vestigial reflex, left over from infancy when it had an important function.”