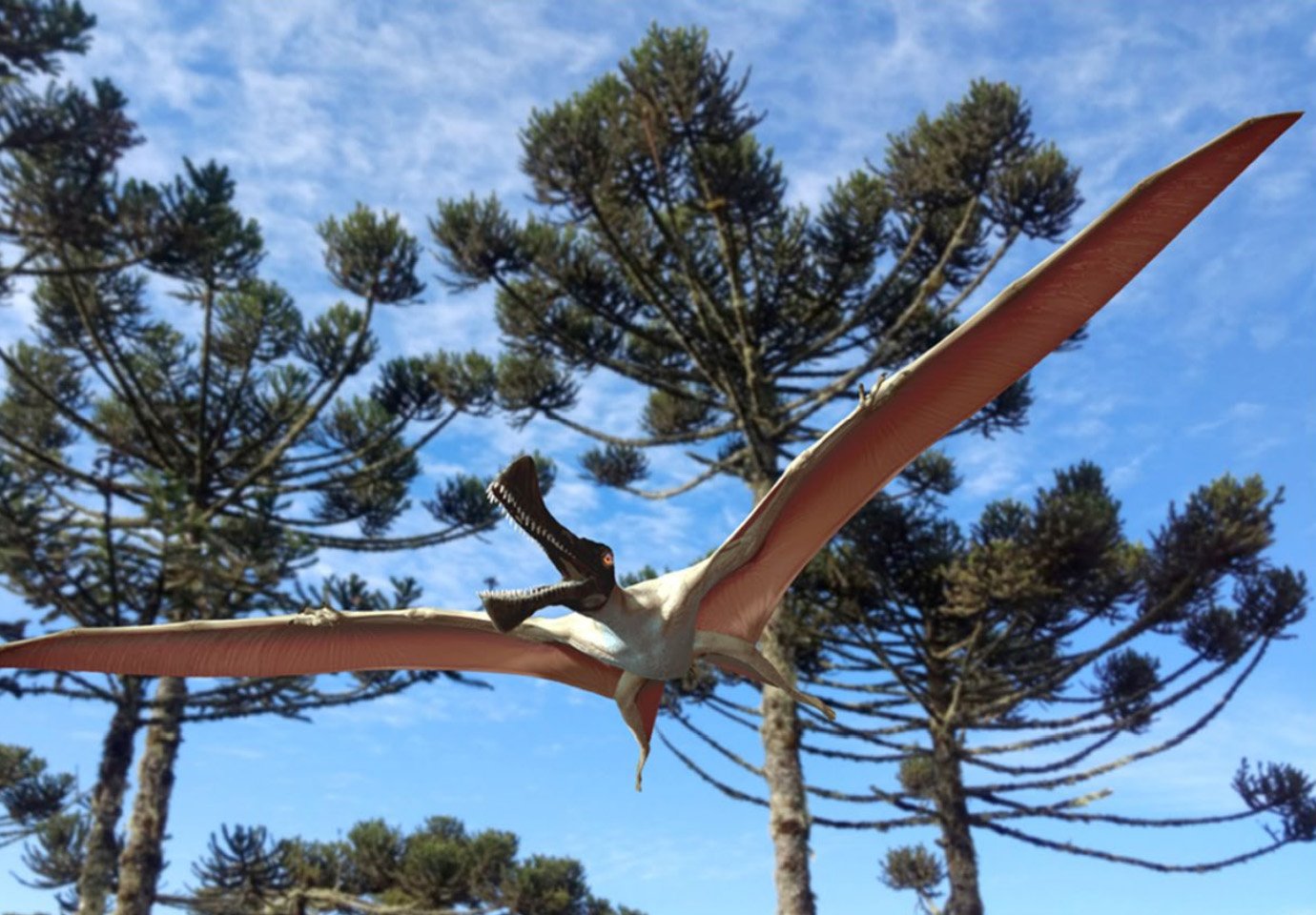 The discovery of a previously unknown species of pterosaur, which may have persisted as late as the Turonian period (90–93 million years ago), is reported in Scientific Reports this week. The fossil, which includes parts of the skull and five vertebrae and wing elements, is the most complete pterosaur specimen ever found in Australia. The findings suggest it may be a late-surviving member of the Anhanguera, a clade which were believed to have gone extinct at the end of the Cenomanian period (100–94 million years ago).

Pterosaurs are known from fossils discovered on every continent but their remains are often incomplete and fragmentary because their bones are thin and hollow. The fossil record for pterosaurs in Australia is particularly sparse with only 15 known fragmentary specimens.

Adele Pentland and colleagues discovered the new pterosaur, which they have named Ferrodraco lentoni (from the Latin ferrum (iron), in reference to the ironstone preservation of the specimen, and the Latin draco (dragon)), in the Winton Formation of Queensland. Based on the shape and characteristics of its jaws, including crests on upper and lower jaw and spike-shaped teeth, the authors identified the specimen as belonging to the Anhanguera, a clade which are also known from Brazil, China and England. Comparison with other anhanguerian pterosaurs suggests that Ferrodraco’s wingspan measured approximately four metres. The authors also report a number of unique dental characteristics, including small front teeth, which distinguish Ferrodraco from other anhanguerians and identify it as a new species.

The fossil was discovered in 2017 in a part of the Winton Formation that may have deposited as late as the early Turonian, which suggests that the anhanguerians may have survived later in Australia than elsewhere.