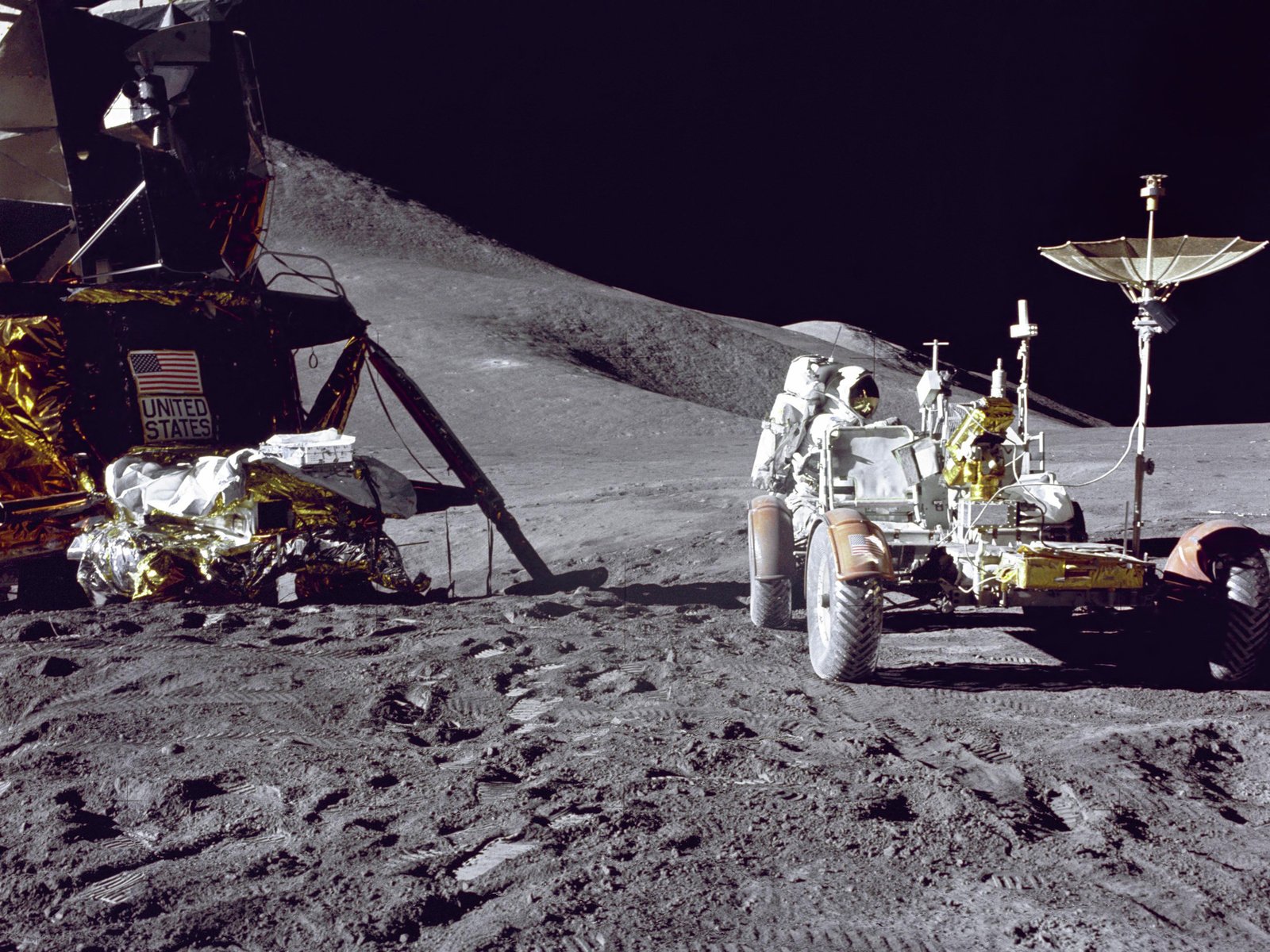 Thousands of young cliff-like, fault scarps detected in images taken by NASA’s Lunar Reconnaissance Orbiter Camera (LROC) are evidence of a shrinking moon and recently active lunar faults. But just how recently these faults were active was not known. The Apollo astronauts placed seismometers on the moon that recorded shallow moonquakes, but the source of these quakes was also not known. New analysis of Apollo seismic data shows that some shallow moonquakes can be linked to young faults. This is evidence that the moon, like Earth, is tectonically active. The analysis is explained in “Shallow Seismic Activity and Young Thrust Faults on the Moon,” a paper by lead author and Smithsonian senior scientist Thomas R. Watters, published in the May issue of Nature Geoscience.

“It’s a great testament to the continued benefits of the Apollo program that seismic data collected over 40 years ago is helping to confirm that the moon is likely tectonically active today,” Watters said. “The connection between the location and timing of shallow moonquakes and known young faults is further evidence that our moon is a dynamic world.”

Watters is a scientist in the Center for Earth and Planetary Studies at the National Air and Space Museum and a co-investigator on the LROC.

The Apollo 11, 12, 14, 15 and 16 astronauts placed seismometers—instruments that measure the shaking produced by quakes—at their landing sites. Four of the seismometers operated from 1969 to 1977 and recorded 28 shallow moonquakes. Watters is lead author of the study that analyzed data from these seismometers using an algorithm, or mathematical program, developed to pinpoint quake locations detected by a sparse seismic network. The new analysis gave a better estimate of the moonquake locations.

Using the revised location estimates, the team found that eight of the 28 shallow quakes were within 30 kilometers (18.6 miles) of faults visible in lunar images. This is close enough to tentatively attribute the quakes to the faults, since modeling by the team shows that this is the distance over which strong seismic shaking is expected to occur, given the size of these fault scarps.

“We think it’s very likely that these eight quakes were produced by faults slipping as stress built up when the lunar crust was compressed by global contraction and tidal forces, indicating that the Apollo seismometers recorded the shrinking moon and the moon is still tectonically active,” Watters said.