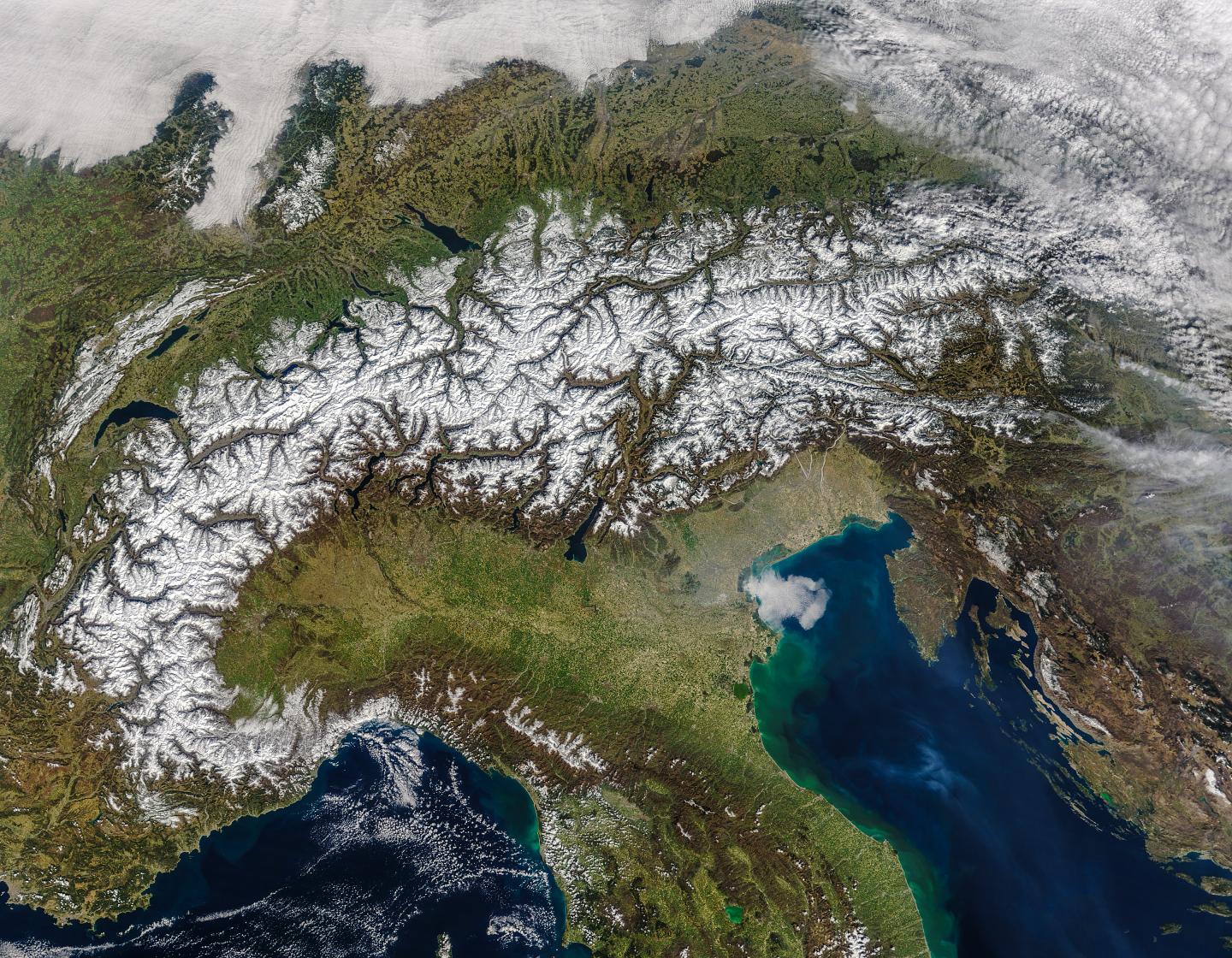 Mountains cover 25% of the Earth’s surface, and the streams draining these mountains account for more than a third of the global runoff. But the role that mountain streams play in global carbon fluxes has not yet been evaluated; until now scientists have focused mainly on streams and rivers in low-altitude tropical and boreal regions.

Åsa Horgby, a PhD student at EPFL’s Stream Biofilm and Ecosystem Research Laboratory (SBER), along with a team of international scientists has performed the first large-scale study of the CO2 emissions of mountain streams and their role in global carbon fluxes. They found that these streams have a higher average CO2 emission rate per square meter than streams at lower altitudes, due in part to the additional turbulence caused as water flows down mountain slopes. So even though these streams make up just 5% of the global surface area of the fluvial networks, they likely account for 10% to 30% of CO2 emissions from these networks. The scientists’ findings were published today in Nature Communications.

The research team drew on a study published this past February in Nature Geosiences, which found that gas exchange velocities across the air-water interface in mountain streams occurs 100 times faster than previously thought. Starting from mountain streams in the Canton of Valais, EPFL researchers were able to improve a calculation method that until then had been the standard.

In their new study, the scientists collected big environmental data from the streams draining the world’s main mountain ranges, specifically focusing on their hydrologic and geomorphologic properties as well as on the soil organic carbon content within the catchments. Then they used these big data to develop a model to estimate the natural CO2 emissions from more than 1.8 million mountain streams worldwide.

Finding out where the CO2 comes from

“We have known for a number of years that freshwater ecosystems emit roughly the same amount of CO2 that oceans absorb, but we had never before done rigorous studies on the role of the countless mountain streams for the global CO2 fluxes. Until now they were aqua incognita,” says Tom Battin, the head of SBER and the paper’s corresponding author. “But our latest findings now open up exciting new research avenues, such as to better understand where all that CO2 comes from and how we can more accurately account for the world’s alpine regions in our assessments of the global carbon cycle.”

The scientists’ findings seem to indicate that the CO2 comes from geological sources, given that carbonate rock dominates geology in numerous regions around the world. These rocks were formed from “skeletal” components of marine microorganisms that lived millions of years ago when Earth was largely covered by oceans.

“We are just starting to discover the role of mountain streams for the global carbon cycle,” says Battin. “These are exciting times for environmental sciences”.