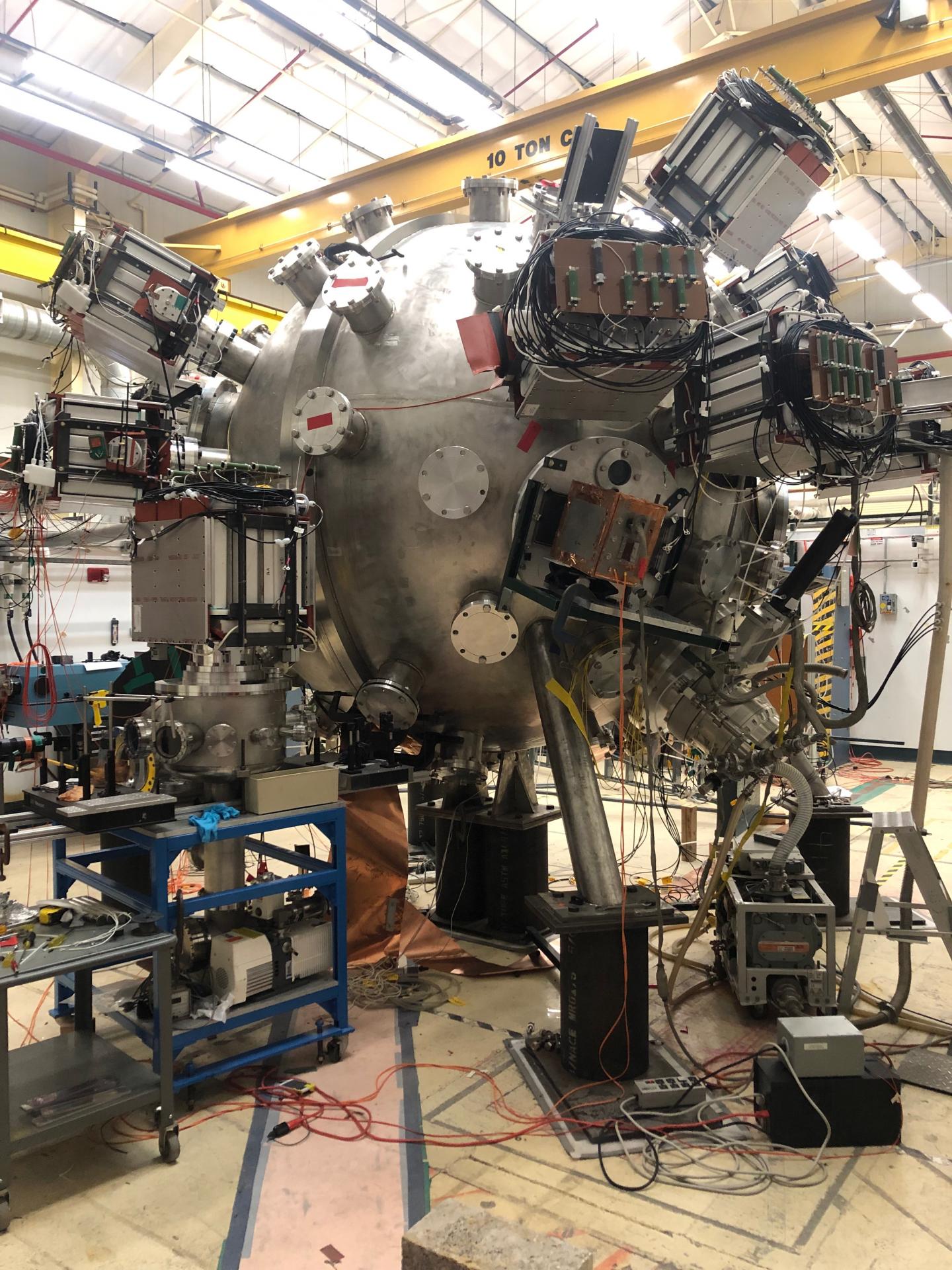 Assembly of the Plasma Liner Experiment (PLX) at Los Alamos National Laboratory is well underway with the installation of 18 of 36 plasma guns in an ambitious approach to achieving controlled nuclear fusion (Figure 1). The plasma guns are mounted on a spherical chamber, and fire supersonic jets of ionized gas inward to compress and heat a central gas target that serves as fusion fuel. In the meantime, experiments performed with the currently installed plasma guns are providing fundamental data to create simulations of colliding plasma jets, which are crucial for understanding and developing other controlled fusion schemes.

The PLX has an additional advantage: Because the fusion fuel and liner are initially injected as a gas, and the plasma guns are located relatively far from the imploding fuel, the machine can be fired rapidly without damage to the machine components or the need for replacement of costly machined targets.

“We will conduct experiments this year to study the formation of a hemispherical liner with 18 guns installed,” said Dr. Samuel Langendorf, a scientist with the lab’s Experimental Physics Group who is leading the assembly of PLX. “We hope to complete the installation of the remaining 18 guns in early 2020 and to be conducting fully spherical experiments by the end of 2020. This will allow us to measure the scaling of the liner ram pressure on stagnation as well as the liner uniformity, which are important metrics of the liner performance.”

In its partially completed state, the PLX guns are proving useful in studies that Dr. Tom Byvank is performing on colliding plasmas (Figure 2).