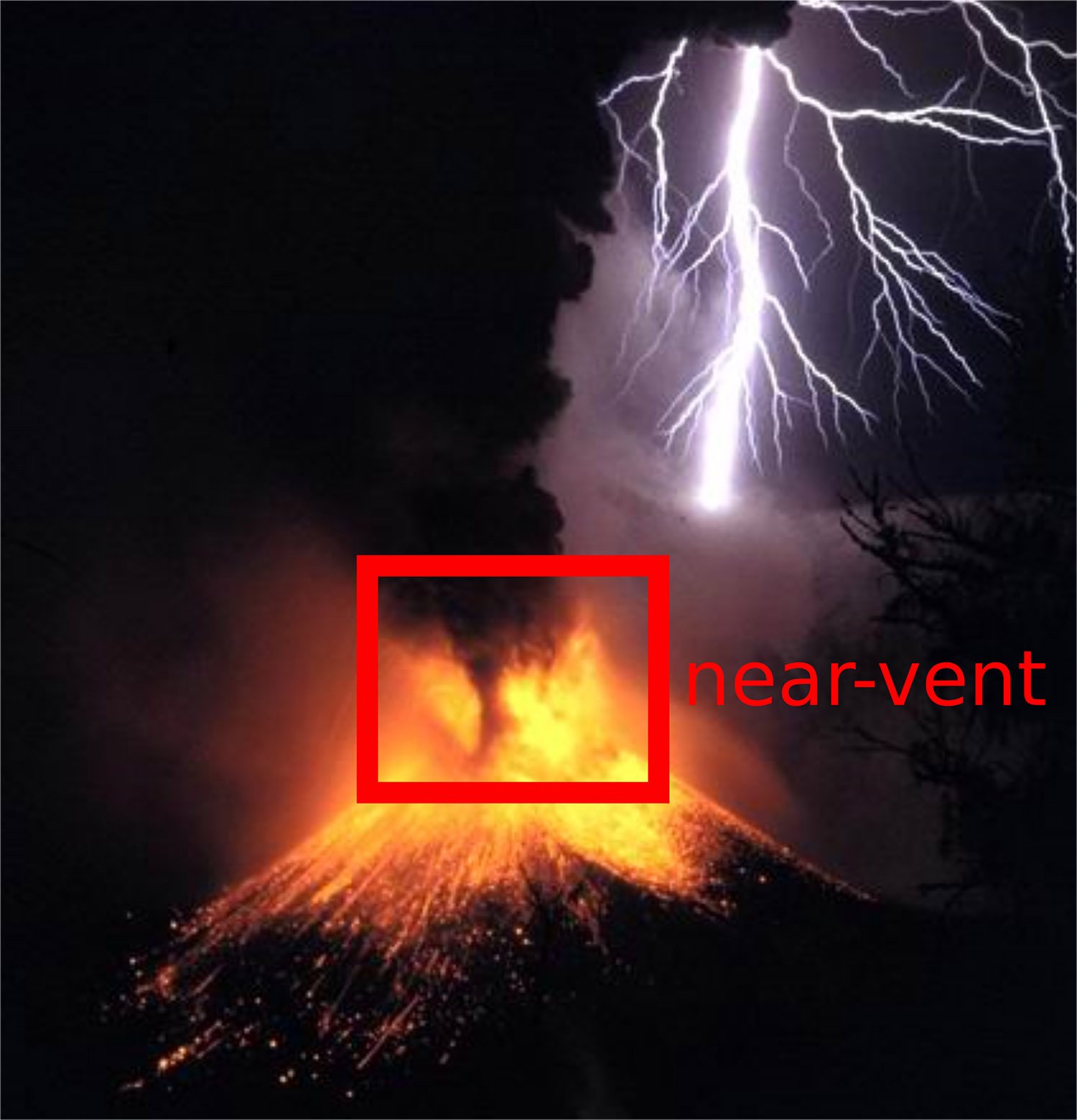 Imagine you’re getting ready to fly to your favorite vacation destination when suddenly a volcano erupts, sending massive amounts of volcanic ash into the atmosphere, and forcing the cancellation of your flight. That’s exactly what happened in April 2010 when Eyjafjallajokull, a volcano in Iceland, erupted and disrupted air travel in Europe for six days. Scientists are now using plasma physics to predict the characteristics of these hazardous ash plumes.

Volcanoes are ruptures in the crust of a planet and are prevalent throughout the solar system. On Earth, volcanoes are generally found along the boundaries of colliding or diverging tectonic plates or on holes in our planet’s crust called hotspots.

During a volcanic eruption, there is an outflow of high-pressure gas through a nozzle or vent. This causes what scientists describe as a standing shock wave to form in the near-vent region. A shock wave is a disturbance that moves faster than the speed of sound, like a sonic boom, and causes a buildup of density as it propagates. A standing shock wave is one that remains stationary, so the buildup of density remains in place. Although these standing shock waves have been previously explored in the context of rocket plumes and fuel injection, there are relatively few studies involving the outflow of a gas containing fine particulates, especially volcanic ash.

Recently, a research team at Lawrence Livermore National Laboratory (LLNL) used plasma physics to investigate how the addition of volcanic ash affects the characteristics of the volcanic standing shock wave and came up with a discovery.

“Our simulations show that volcanic ash modifies the height, width, and lifetime of the standing shock wave,” says Dr. Jens von der Linden, LLNL physicist and lead researcher on the project who will present the findings this week at the American Physical Society Division of Plasma Physics conference in Ft. Lauderdale, Florida.

Collaborators at Ludwig-Maximillian University recently discovered in shock tube experiments that the light emitted by the plasma of electrical sparks outlines the standing shock surface in the presence of volcanic ash. This discovery now permits the tracking of the standing shock wave shape in laboratory experiments with different particle-gas mixtures by imaging the electrical sparks.

Observations of volcanic eruptions suggest that charged ash particles in the low-pressure region of the standing shock wave can form sparks, which can be detected by the radio waves they produce. In the future, scientists could triangulate the electrical spark positions from radio wave measurements to determine the standing shock wave structure above the volcanic vent and, by comparing the shape to numerical and experimental results from Dr. von der Linden and colleagues, estimate the ash particle content of an eruption.

“These ash estimates could be used to develop early predictions of volcanic ash plumes that may be hazardous to aviation, just like we saw in the 2010 eruption of Eyjafjallajokull in Iceland,” said Dr. von der Linden.