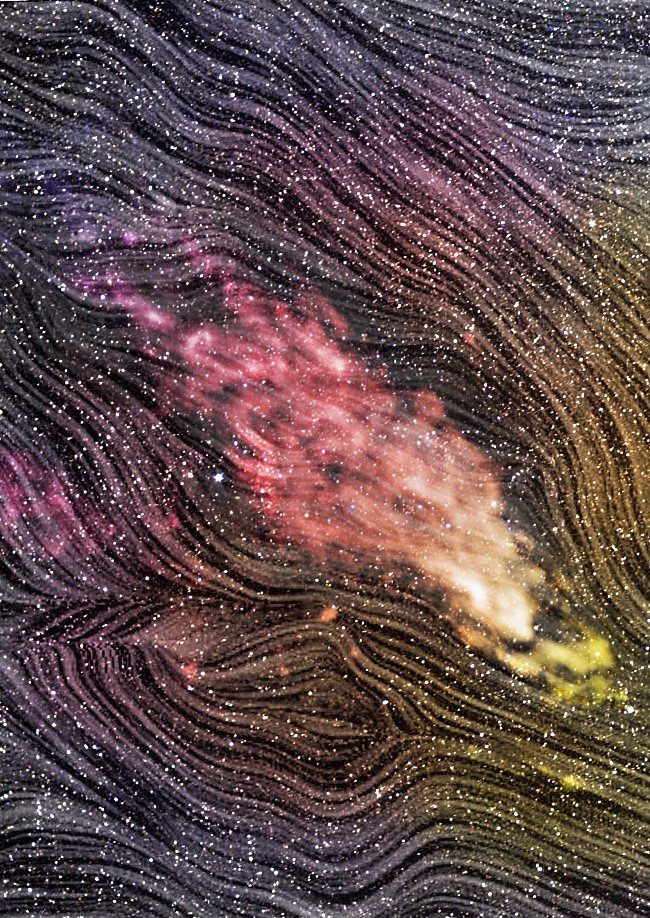 The magnetic field in the universe plays an essential role in multiple astrophysical processes, e.g., regulation of star formation, guiding material and thermodynamic transfer between different media, and propagation and acceleration of cosmic rays. One of the most critical roles of the magnetic field plays is to modify ubiquitous interstellar turbulence both in the diffuse interstellar medium (ISM), e.g. neutral hydrogen (H I), and in the molecular gas which is distributed over an extensive range of density regimes in galaxies.

Although the interstellar magnetic field represents one of the final frontiers of astrophysics, it is still largely unknown to people.

“There are very limited ways to study magnetic fields in space,” explains Alex Lazarian, a professor of astrophysics at the University of Wisconsin-Madison. “These seemingly empty spaces are actually filled with distortions, folding and consisting of completely or partially ionized plasmas. The entangled magnetic field. “Our understanding of all of these (astrophysics) processes is limited by our lack of knowledge of the magnetic field.

The article published in Nature Astronomy measures the magnetic field patterns of five low-mass star formation regions. Surprisingly, the results from the Velocity Gradients Technique are almost identical to the one inferred from Planck mission. In particular, the technique is applied to produce the first magnetic field map of the Smith Cloud, which is obscuring by the dust from galactic atomic hydrogen along the same line of sight.