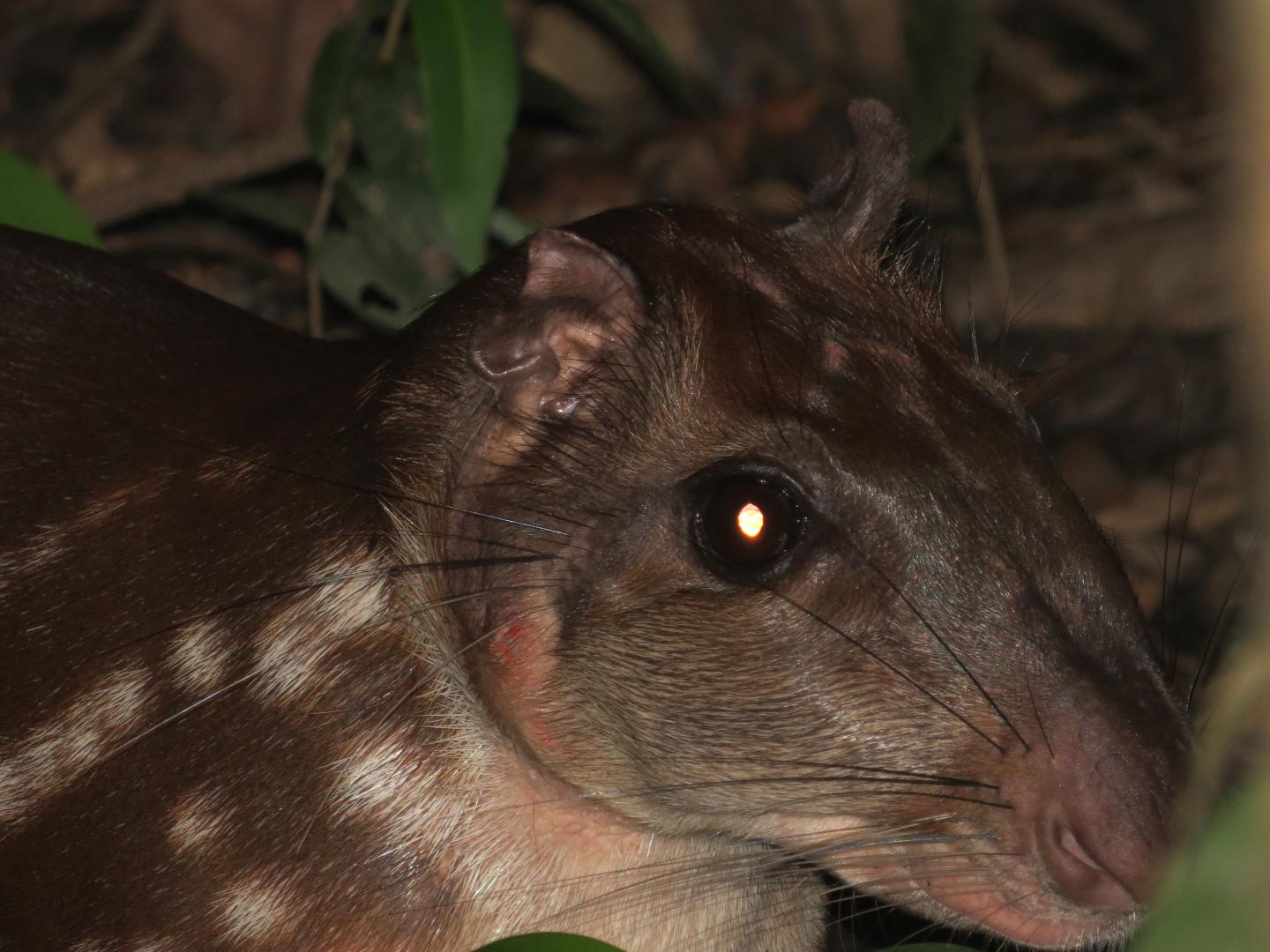 New research from a cross-organisational consortium in the Amazon has found indigenous knowledge to be as accurate as scientific transect monitoring.

The research involved pooling resources between universities and NGO’s, including British universities Oxford Brookes University, Manchester Metropolitan University and the University of Suffolk, to create a strong partnership of researchers from several institutions.

Thais Morcatty, a PhD student, at Oxford Brookes University, who will be presenting the research at the conference, said “Detecting and monitoring wild species in a dense tropical forest, such as the Amazon, has always been a challenge, due to the difficulty in recording animals and high costs of scientific fieldwork expeditions. In this study, our findings indicate that the estimates of species’ abundances in the forest by local people, may be as accurate as the best scientific methods we currently have?(such as linear?transects)”.

This acts as a cost-effective approach to monitor Amazonian species and to raise awareness to guide management decision-making and plan conservation strategies.

“These findings indicate that, overall, the results we found in around 10 years of transect monitoring is very similar to those obtained through traditional ecological knowledge for the same period”, said Morcatty.

In general, there was good consensus amongst local people on species abundance, in particular for the Howler monkey, Alouatta seniculus, a diurnal, aboreal species frequently hunted for subsistence, whereas low consensus was recorded for elusive, aquatic species, such as the Neotropical otter, Lontra longicaudis. The consensus itself is achieved through interviews to determine abundance estimates for species. Species for which there was a high level of agreement regarding their abundance, had also a similar abundance estimative derived from the long-term transects.

Based on this evidence, citizen science can be an accurate and integrative tool to obtain information about wild species. The researchers advocate that traditional ecological knowledge should be valued and the local culture of indigenous and riverine peoples in the Amazon respected. Combining efforts to collect and analyse data from long-term community-based projects allows us to have a wider understanding of the Amazon resources.

The researchers used the cultural consensus approach to develop suites of species for which their abundance could reliably be estimated.

“Cultural consensus theory assumes that cultural beliefs are learned and shared across people and that there is a common understanding among people from the same cultural background regarding a topic”, said Morcatty.

The cultural consensus approach was tested amongst mostly male hunters for 97 species at 16 sites throughout the Peruvian and Brazilian Amazon. Sampled species include a selection of birds, such as blue-throated piping guan (Pipile cumanensis), reptiles, such as the yellow-footed tortoise, (Chelonoidis denticulatus), and big mammals, such as the tapir (Tapirus terrestris) and the white-lipped peccary (Tayassu pecari).

The consensus approach was combined with a statistical method known as a generalized additive mixed model. This was used to assess whether factors such as body size, habitat, elusivity and susceptibility to hunting could influence the level of consensus amongst interviewees. These factors likely act together, hence, we can examine the cumulative effect of all features and how they act in isolation to affect estimates of species abundance.

Thais Morcatty said of the study: “we tested if the interviewees agreed more about the species abundance because an animal is larger, or because they hunt it more often for subsistence, or because the species is not elusive, has a specific type of habitat (terrestrial/arboreal/aquatic) or activity pattern (if diurnal/nocturnal)”

Large-bodied species which were hunted had the highest cultural consensus. This indicates that if interviews rather than transects had been carried out at sampling sites, species abundance estimates would have the same level of confidence. However, precision was lower for small-sized, elusive and rarely hunted species.

Morcatty warns against the sole reliance on local knowledge obtained on this study, as the consensus approach was skewed towards a gendered approach of male, which is the gender that mostly go into the forest for several extractive activities. In addition, the linear transects were not designed to monitor invertebrates and small vertebrates such as passerines, amphibians and small reptiles. Hence, the 97 species assessed are largely medium and large-sized vertebrates.

It is likely that a combined transect-cultural consensus approach would be needed to assess the abundances of elusive Amazonian species. However, this interdisciplinary approach can easily be applied to other communities, not just in unsampled areas of the Amazon but in other global biodiversity hotspots.

The researchers consider the partnership among scientists, managers and local people as the best way to achieve wildlife conservation and at the same time contribute to preserve their traditional culture and lifestyle. Information on species abundance, and especially their trends over time, are crucial for decision-making in several aspects. Abundance estimates are required for the establishment of a protected area and evaluating the success of management and conservation strategy. This is critical in places where species are threatened by human activities, such as overhunting, dams, mining, oil extractions and infrastructure projects.

Thais Morcatty will present the group’s work on Thursday 12 December 2019 at the British Ecological Society annual meeting. The conference will bring together 1,200 ecologists from more than 40 countries to discuss the latest research.