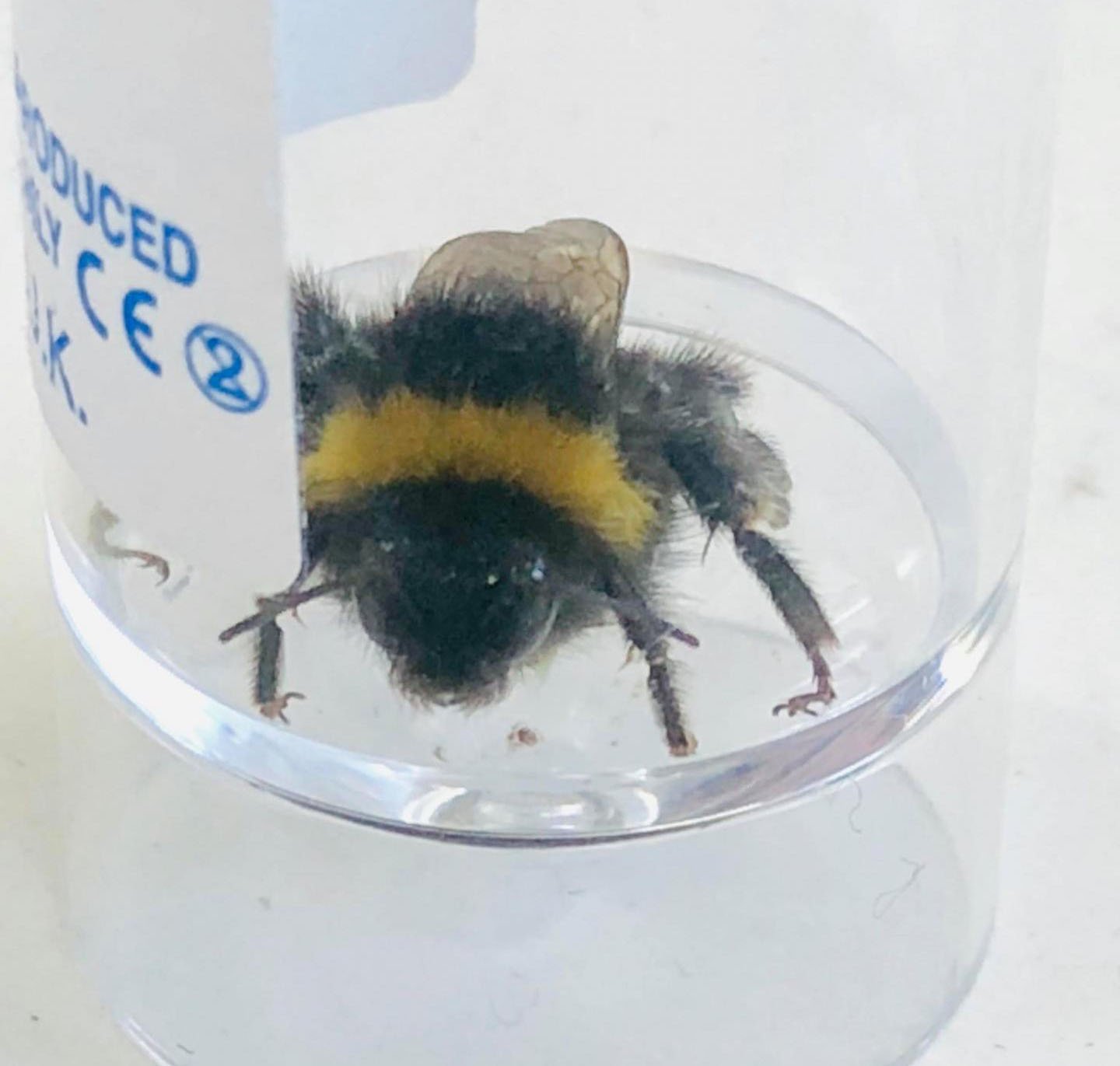 The study simulated Chernobyl-levels of radiation exposure in a laboratory to investigate the impacts it may be having on insects inhabiting the exclusion zone. Although it has been previously found that bumblebees are sensitive to radiation, few studies have investigated the effects on their fitness. The dose rates of radiation in which negative effects occur are also uncertain.

Jessica Burrows, who will be presenting the research at the conference, said: “An increase in nectar consumption for an individual bee could have important ecological consequences, as bees may need to spend more time foraging to collect nectar for their individual needs. As a result, the growth of bumblebee colonies may be impaired if fewer resources are available for the developing brood; this might reduce the number of bees in the ecosystem.”

Jessica Burrows added: “Further work is needed within the Chernobyl Exclusion Zone to understand the impacts of chronic low-dose exposure on the wider ecosystem. There has been little work conducted on the effects of radiation on flowering plant species.”

Although the Chernobyl exclusion zone is often thought of as a barren wasteland, in the years since the 1986 nuclear accident it has become a biodiverse habitat, home to dozens of charismatic species such as wolves and brown bears. Previous work at Stirling University has also revealed that pollinators are quite abundant in the area. It’s thought this increase in biodiversity has been driven by the absence of humans.

However, the landscape still delivers low-dose rates of radiation to organisms that inhabit the area and the ecological consequences of this remain unclear. Jessica Burrows describes the modern day exclusion zone as a “living laboratory in which to study the impacts of radiation as an environmental stressor”.

She explains that “Whilst we know about how radiation affects some organisms at Chernobyl, one big challenge is to work out how multispecies ecosystems respond to this type of chronic radiation stress and whether evolutionary responses have occurred in the species that live there.”

To test the effects of sub-lethal doses of radiation on bumblebees, the researchers used a caesium source that exposed the bees to radiation levels comparable to those found in the Chernobyl Exclusion Zone. They were able measure the amount of nectar consumed by weighing feeding tubes, and the bees’ metabolic rates by measuring the rate they produced carbon dioxide.

On further research, Jessica said: “We would like to develop the work conducted here to understand if the effects recorded for metabolic rate and appetite in bumblebees could be found in other species. This will allow us to understand if this is a general effect of low dose radiation exposure, or if it is a unique effect on just bumblebees.”

Using a laboratory setting as a proxy for the Chernobyl exclusion zone meant that the authors could safely replicate the levels of radiation found there. However, not all conditions could be replicated perfectly. Jessica explained that: “In the controlled environment bees were supplied with everything they could require for survival, including plentiful nectar so they didn’t have to forage as they would naturally.

“In nature bumblebees would have to fly long distances to forage for pollen and nectar from flowers. We suspect that the effects of radiation exposure might be stronger under these natural conditions in the Chernobyl Exclusion Zone.”

Jessica Burrows will present the research on Thirsday 12 December 2019 at the British Ecological Society annual meeting. The conference will bring together 1,200 ecologists from more than 40 countries to discuss the latest research.